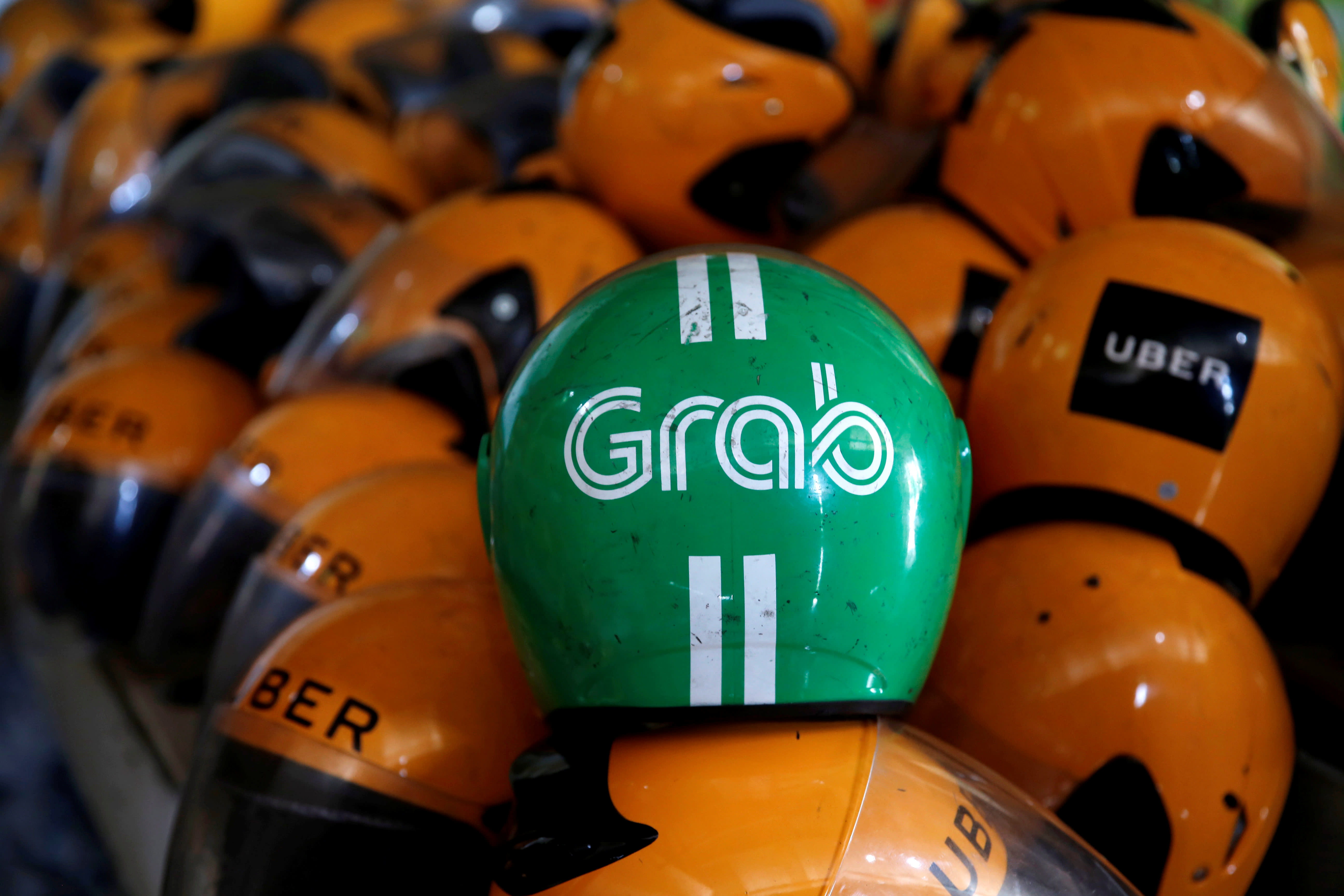 SINGAPORE With Uber Technologies clearing out of Southeast Asia, the future looks increasingly bright for ride-hailing rival Grab. But with potential competitors -- including China's Alibaba Group Holding -- casting hungry eyes toward the region, the Singapore-based company cannot afford to let its guard down.

On April 8, the U.S.-based Uber closed its ride-hailing operations in Vietnam, Thailand, Cambodia and other markets in the region. The serial shutdown in Southeast Asia (it was still business as usual in Singapore and the Philippines) follows its recent merger deal with former arch-rival Grab. Now Grab is the dominant player in the region, and it is keen to continue its diversification push into other digital services.

On March 26, the two companies announced that Uber will sell its Southeast Asian operations to Grab in exchange for a 27.5% stake in the company. As part of the deal, Uber chief executive Dara Khosrowshahi will join Grab's board. The companies also said their services would be integrated under the single name of Grab by April 8 in the eight Southeast Asian markets where they previously competed against each other.

As planned, the Uber call app was no longer functioning for customers in Ho Chi Minh City by midnight on April 8, local time. Anyone trying to use Uber after that got the same message on their smartphones: "Unfortunately, Uber is currently unavailable in your area."

Uber has also halted services in Myanmar, Indonesia and Malaysia. Users in Thailand received an email from Uber on April 6 saying the company would cease operations for its ride-hailing business and "fully transition" to the Grab platform on April 8.

Grab is now trying to attract Uber drivers, while encouraging Uber customers to use the Grab app. After taking control of the Uber app in Vietnam on March 26, for example, Grab sent messages to Uber drivers and customers telling them to download the Grab app. Previous Uber users are being treated as new customers by Grab and are given fare discounts and promotional offers, such as free coffee and movie tickets, based on a credit point system.

In Indonesia, 75% of Uber drivers had switched to Grab as of April 6, according to Ridzki Kramadibrata, managing director of Grab Indonesia. One former Uber driver who reluctantly transferred to Grab said he now has to compete against more drivers under Grab. "The competition was less tight at Uber," he said.

Uber was still operating after April 8 in Singapore and the Philippines, where local antitrust authorities are investigating the deal.

The Competition and Consumer Commission of Singapore asked Grab and Uber to maintain pre-transaction conditions, such as independent pricing and service options, as well as to not take any action that might lead to business integration in Singapore until the commission completes its review.

"To facilitate the CCCS' deliberation on the proposed alternative interim measures, [Grab and Uber] have agreed to extend the initial shutdown date of the Uber ride-hailing app in Singapore from April 8 to April 15," the CCCS said in a statement. 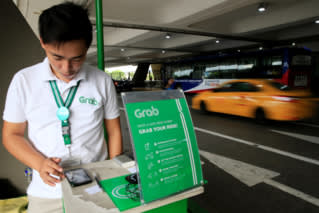 A Grab employee uses the Apps to book a cab for passengers at the Ninoy Aquino International Airport in the metro Manila.   © Reuters

Meanwhile, in a statement issued on April 7, the Philippine Competition Commission said Grab and Uber should keep their operations separate and refrain from making further moves toward completing the transaction.

"The directive also puts Grab's move to acquire its competitor to a halt while the antitrust commission is reviewing the deal," the PCC said.

"Uber is highlighting its exit, but what it does not emphasize enough is its integration with Grab," PCC Chairman Arsenio Balisacan said. "Thus, Uber is not truly exiting the Philippine market, but rather effectively merging their operations with Grab here. The deal makes Uber a part-owner of Grab."

Since first launching services in Malaysia in 2012, Grab has developed into a pan-regional company that provides multiple digital services, including online delivery and payment systems. It is capitalizing on Southeast Asia's relatively poor transport systems and rapid smartphone penetration to spur its growth.

The Uber deal was a key step in Grab's efforts to become the undisputed leader in the region. "We have proven that Southeast Asian companies can and will continue to build regional champions," Grab chief executive Anthony Tan told business news broadcaster CNBC on April 6. The merger gives Grab "a clear path to profitability" in the ride-hailing business. The company will now focus on expanding its food delivery and financial services, Tan added.

Grab's ambitious expansion path, however, may not be as smooth as Tan hopes. Indonesia's Go-Jek, which currently focuses on its home market, is gearing up to expand its ride-sharing services to neighboring markets. The company, which is backed by China's Tencent Holdings, also provides payment and food-delivery services.

Chinese rivals are also likely to emerge. Alibaba is introducing its Alipay payment service to Southeast Asia. And on April 2, Alibaba announced that it will acquire Chinese food-delivery company Ele.me as part of an effort to expand its delivery business.

With the Grab-Uber deal, all eyes will be on the merged company to see how it deals with the new competition.

"I seek all the best advisers to help us grow old and fulfill that big responsibility that we have," said Tan, referring to such business leaders as Alibaba's Jack Ma Yun, SoftBank Group's Masayoshi Son, Didi Chuxing's Cheng Wei and Uber's Khosrowshahi. "I'm just a guy in Southeast Asia who literally built the regional champion."

Nikkei staff writers Erwida Maulia in Jakarta and Cliff Venzon in Manila contributed to this report.