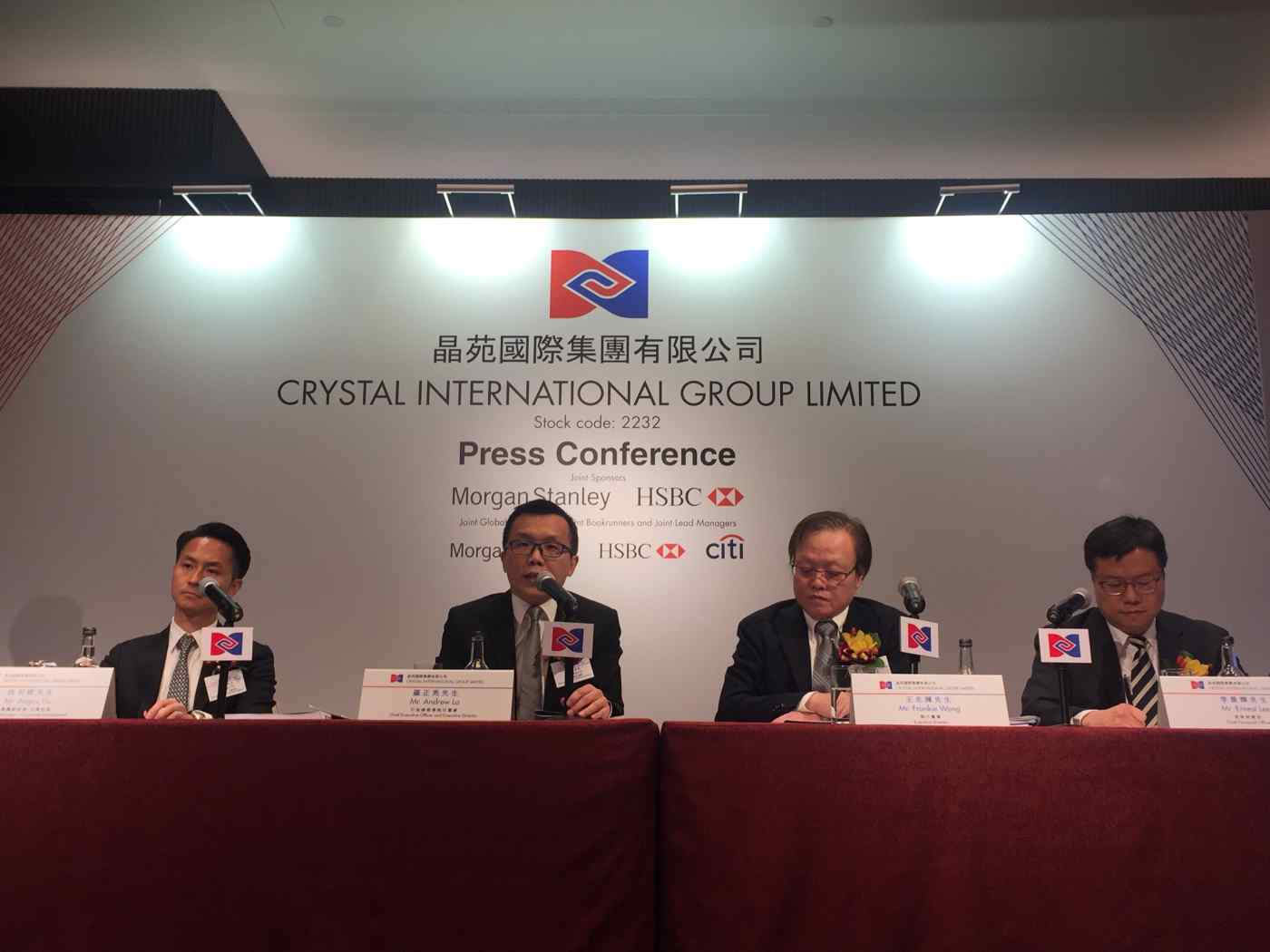 HONG KONG -- Hong Kong garment supplier Crystal International, which counts Uniqlo, Abercrombie & Fitch and Victoria's Secret among its customers, is about to end a near two-year drought for local IPOs on the island's stock exchange.

Crystal's debut will be the first local IPO for almost two years in a Hong Kong market that has been heavily dominated by mainland companies. Also conspicuous is the absence of mainland Chinese banks among the deal's lead managers. Morgan Stanley, HSBC, and Citi are the joint global coordinators bookrunners and lead managers. The IPO opens on Oct. 23, the lead managers will price the deal on Oct. 26, and the shares will start trading on Nov. 3.

Japanese firm Fast Retailing, which owns Uniqlo, will purchase 4.2% of the shares and US fashion retailer L Brands, which owns Victoria's Secret, will take 2.1%. The Japanese firm has been a Crystal International customer since 1996 and Ohio-based L Brands started buying from Crystal in 2007. The family-run firm also supplies H&M, Marks & Spencer, Gap, Puma, and The North Face.

Crystal said it is expecting to net HK$3.89 billion from the share sale after underwriting costs and other expenses. The firm will use 45% of the proceeds to expand its manufacturing facilities in Vietnam and Bangladesh. Another 20% will fund a foray into fabric production over the next two to three years.

Ramping up its manufacturing facilities is part of Crystal's plan to further entrench its value-added business model of "co-creation", which involves Crystal becoming more hands-on in the product design and procurement process of its key customers. Chief financial officer Ernest Lee King Fai said the approach has helped improve the company's gross profit margin, which rose 3.3 percentage points to 20.2% between 2014 and 2016.

The company now operates 20 manufacturing facilities across China and four Southeast Asian countries, with a yearly production volume totaling 348.1 million pieces as of the end of 2016 -- 0.4% of the global market. Vietnam was its largest production base that year, contributing 43% of the group's production volume over the first six months of 2016, followed by mainland China with 32%.

"The capital expenditure [from the IPO] should increase our production capacity by more than 50%," Lee told reporters in Hong Kong on Oct. 22. Crystal's CEO Andrew Lo Ching-leung added that the company will focus on the fashionable sportswear or "athleisure" segment. Crystal's concentration on this market was signified by its $190.1 million acquisition of Singapore-based sports apparel manufacturer Vista last year.