YANGON -- City Mart Holding, Myanmar's largest retailer, is planning to expand aggressively as competition intensifies with the entry of foreign players into the domestic market. Win Win Tint, City Mart Holding's managing director, revealed its plan to double the number of outlets of the flagship supermarket by 2020. The company also plans to enter e-commerce next year. 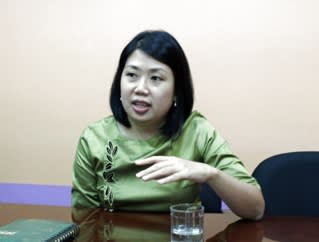 City Mart Holding now operates 38 supermarkets in the country under three brands -- City Mart, Ocean and Market Place. "Though I haven't seen rapid change in the economy in the past seven months after the Aung San Suu Kyi-led NLD government came into power, I am going to double my business," Win said. She also said the number of convenience stores run under the City Express name will be increased to 200 from the current 60.