TOKYO -- Retail sales across the world have suffered as the coronavirus pandemic shut malls and shoppers tightened their belts in the face of job losses, but sales for one particular item have surged during this time: toothpaste.

Lion, a big Japanese toiletries manufacturer, said a recent market survey showed that the number of consumers who bought toothpaste "for personal use" exceeded those who purchased it "for family use" for the first time in 2020.

The pandemic is behind this trend as Japanese consumers find it more hygienic to use their own tube of toothpaste, rather than to share with family members. Many are also reluctant or unable to visit dentists for regular checkups as the outbreak continues to ravage across the world and have instead adopted better oral hygiene.

The increase in toothpaste sales could also be due to self-awareness brought on by the wearing of masks. As mask-wearing becomes part of everyday life, consumers have grown keener to improve the smell of their breath, resulting in greater sales of premium, more expensive toothpaste.

But this recent expansion of the market is merely an extension of what was already a growing oral products sector, which has outperformed other segments in the toiletries sphere. 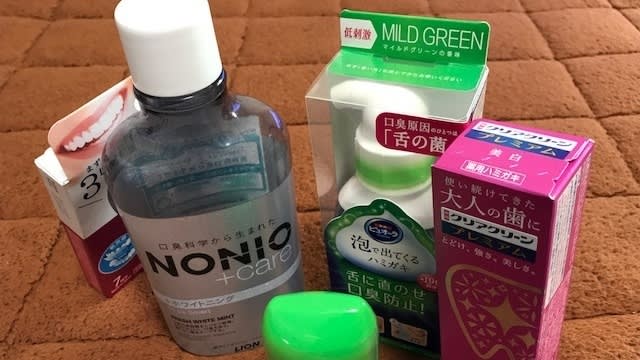 Japan's oral care market has been growing steadily despite the shrinking population and number of households.

This can be seen in the price rise in the premium toothpastes. While the percentage of low-priced toothpaste sold at 199 yen ($1.88) each or less is declining, the share of higher-priced units has continued to rise as the Japanese market expanded about 20% between 2010 and 2019 despite the population and the number of households shrinking.

This is in part due to the successful marketing campaigns waged by oral care producers such as Lion and its rival Kao, and even the government.

The government has also played an important role in advocating better dental hygiene, notably in its "8020" campaign launched in 1989 in conjunction with the Japan Dental Association. The campaign's catchphrase "Let's keep 20 or more of our teeth even after turning 80!" was ubiquitous.

As a result, dental records show that by 2016, Japanese had a total of 2.5 billion teeth, 500 million more than 30 years earlier, due to a decline in extractions and tooth loss, which in turn is the result of better dental hygiene and earlier treatments. This increase is particularly obvious among those aged between 65 and 69. The average number of teeth each adult in that age group had increased from 11.5 to 21.6 during the period.

As consumers became more discerning, the market also developed different products from the 1980s, including Apagard, a whitening toothpaste that was a hit, thanks to its successful TV commercials.

Information about oral care being closely related to diseases brought on by poor lifestyle choices also spread quickly. Toothpaste makers started diversifying their products that not only offered cosmetic enhancements but also aimed at treating conditions, such as gum disease, hypersensitivity, among others.

A recent internet hit is ConCool, a jelly toothpaste launched by Weltec and until recently, mostly available in dental clinics. Consumers said they liked ConCool for its disinfection effect and that it was gentle in the mouth.

Among other popular products on the market now are Kao's "tooth pack" launched in March 2020, a dental whitening pack worn over the teeth like a retainer, and Lion's mouthwash Nonio and Systema Haguki Plus, a comprehensive gum revitalization and repair product.