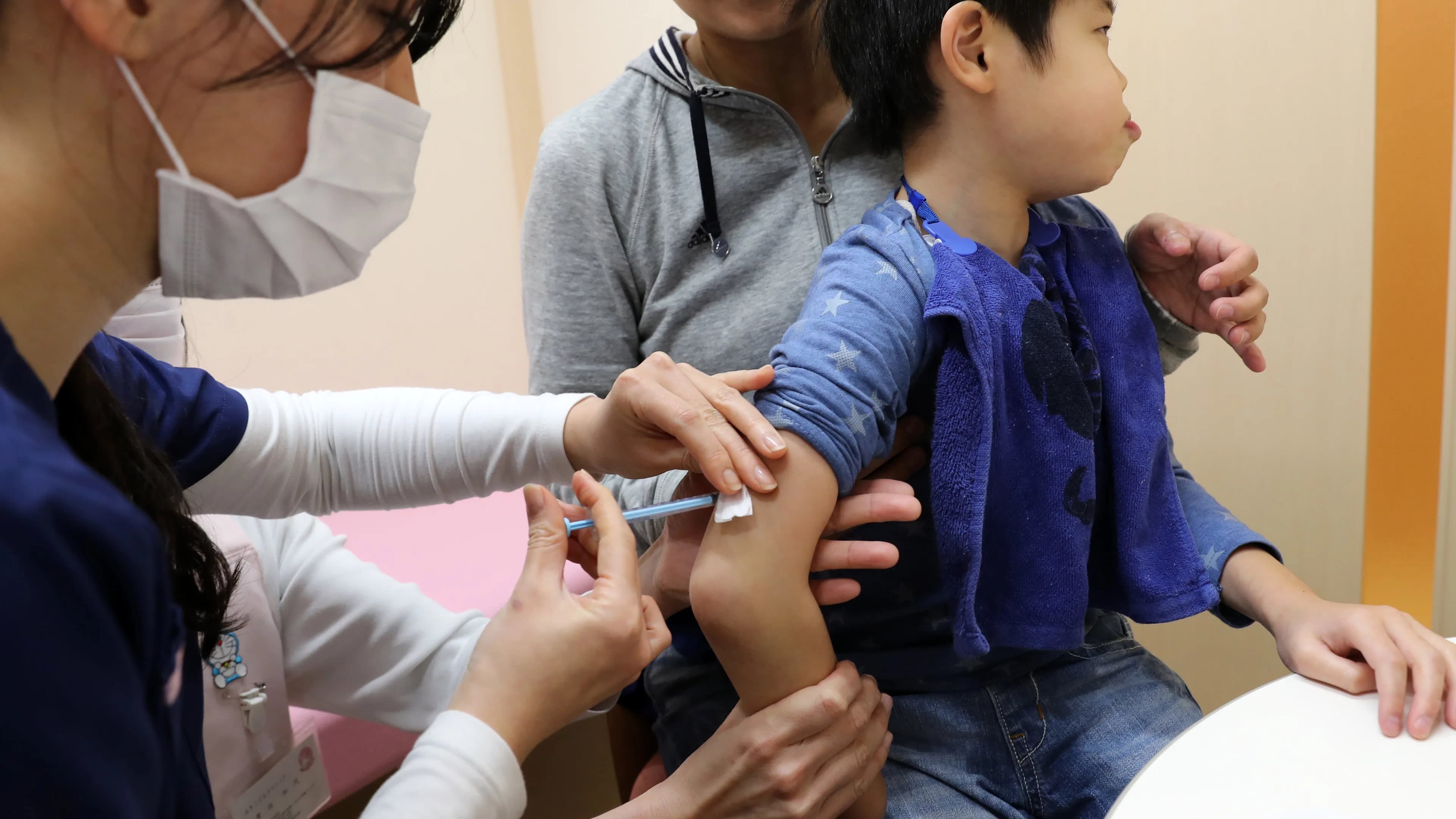 TOKYO/NEW YORK -- Japan saw the lowest number of flu patients late-January in roughly 10 years, in part due to preventive measures against the Wuhan coronavirus that has spread throughout the world, authorities said.

The National Institute of Infectious Diseases said that 18 patients per clinic tested positive for common influenza at around 5,000 hospitals and clinics in Japan between Jan. 20 and Jan. 26. This was the lowest number since 6.46 were recorded in a week in 2010.

"The ministry started disclosing the coronavirus outbreak in China since the start of the year and telling people to take preventive measures, including washing hands and wearing surgical masks," said an official at the Ministry of Health, Labor and Welfare. "[The decline in the number of influenza patients] may be a reflection that personal hygiene has increased."

Japanese authorities have also been on high alert since early November when the number of flu patients per clinic exceeded one, a month earlier than usual. By late December, the number of patients hit a 10-year-high, the second-highest level reached in the month over the last 10 years.

There were fears then of an outbreak when children returned to school in January but between Dec. 30 and Jan. 5, the number of patients dropped 9.31 from the week before to 13.93, falling far below the warning level of 30. 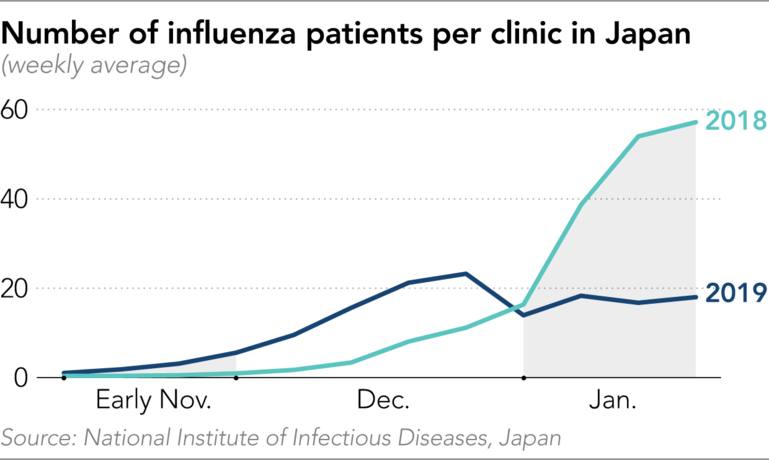 The picture in the U.S. is also bleaker.

According to data from Centers for Disease Control and Prevention, the number of patients infected with common flu increased by 4 million in just a week through Jan. 25. More than 19 million in America have fallen ill with the flu so far this winter, including 180,000 who were hospitalized. About 10,000 Americans have died, including 68 children.

The National Institute of Allergy and Infectious Diseases estimates that the 2019-2020 flu season will be one of the worst in decades. Some 45 million Americans came down with the flu and 61,000 people died in the 2017-2018 season. The flu season usually starts around October and lasts through May after peaking in February.