How's your health? Toto's smart toilet will keep tabs for you 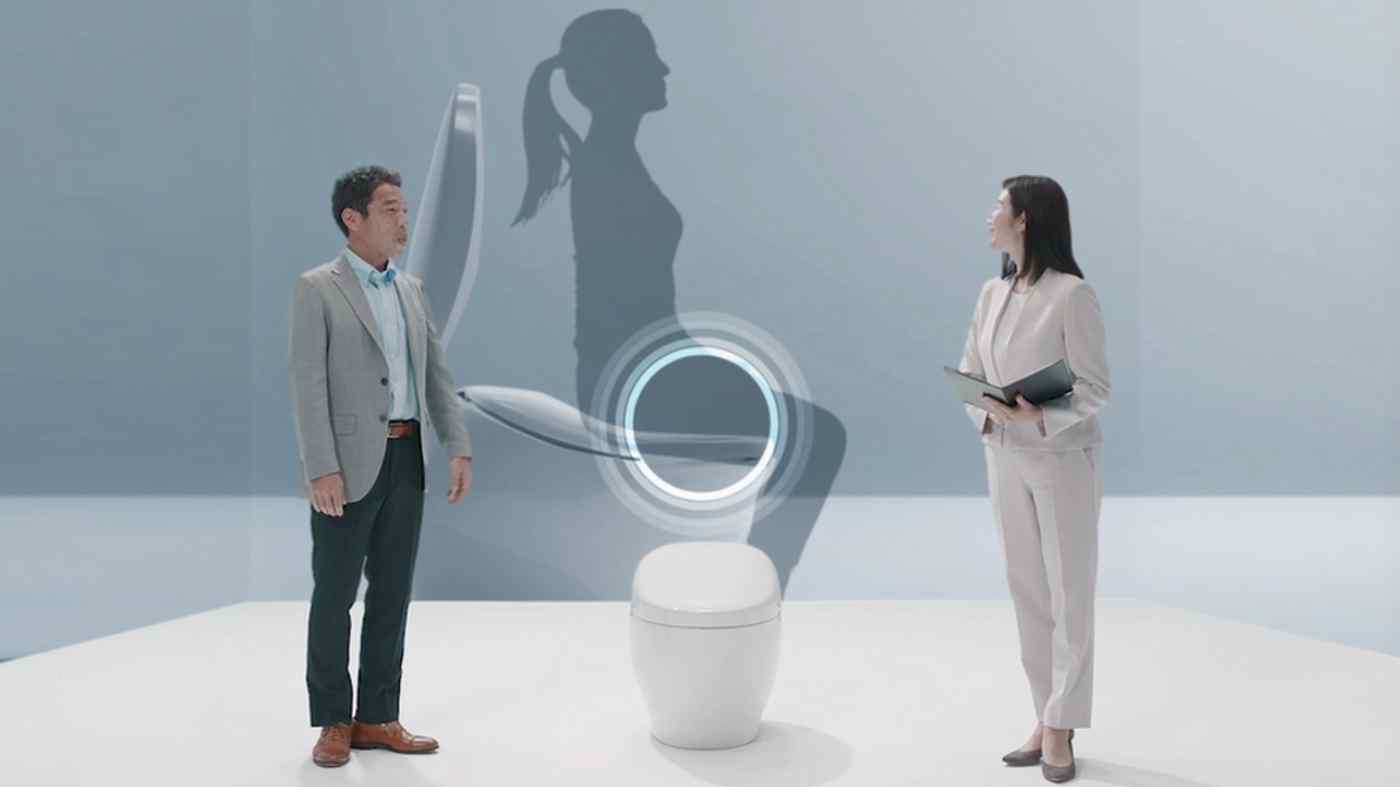 KITAKYUSHU, Japan -- Toto, a Japanese company best known for toilets with heated seats and built-in bidets, is taking its technology to a whole new level to help people better manage their health through automated monitoring and analysis of urine and stool.

Toto is working on a toilet outfitted with sensors in the seat and other health-monitoring technologies that look for signs of health problems. The Wellness Toilet, which the company hopes to roll out in a few years, will scrutinize people's daily waste output to look for various disease markers.

The company plans to use its health-tracking toilet technology to offer new services, such as tips to help people improve their diets and lifestyles for better health.

Using Toto's high-tech toilet won't involve any unpleasant collecting of samples. One simply does one's business, flushes and goes on about one's day. If the toilet detects anything unusual, the user might receive a smartphone message advising a more balanced diet -- more salmon and avocado salad -- for instance.

Toto's smart throne will feature an array of sensors embedded in the seat which, according to Ryoji Nakamura, head of the company's digital innovation division, will let people check their physical condition at a glance.

When the user's posterior touches the seat, sensors are activated to collect such information as blood flow, heartbeat and skin condition. The data are then analyzed using artificial intelligence on a cloud system to assess the user's stress levels and exercise needs. The results are sent to an app on the user's smartphone.

Because the product is still under development, some features have yet to be determined. The sensors will perform a wide range of functions. If a weak electric current is applied, the seat can measure the visceral fat level and proportion of skeletal muscle like a body composition analyzer. Human waste contains lots of clues about one's health, as many ailments leave their mark in urine and feces. The smell of urine and stool, for instance, can be analyzed to detect changes in one's physical condition. Smart toilets could allow people to identify a health problem earlier than the conventional twice-yearly medical checkups.

Smart toilets could also play an essential role in monitoring and protecting public health. The Japan Society on Water Environment has begun a project to analyze sewage to detect signs of an outbreak of COVID-19. If toilets in many homes are equipped with sensors, they could facilitate the work of public health experts by providing valuable data, such as early indicators of a disease outbreak before it becomes a crisis.

The new technology will also allow Toto to stay in touch with its customers after selling them toilets and other household fixtures. The Wellness Toilet, if it hits the market in a few years as the company hopes, could help Toto reinvent its business model.

One possibility is new services that charge ongoing fees for analyzing data collected from smart toilets. The company could suggest healthy meal plans and offer health advice. Toto might also team up with research institutes and medical institutions to provide personalized disease-prevention services.

But to make this happen Toto needs partners to help it develop a sophisticated, AI-based, health-monitoring toilet. The company has embraced an "open innovation" model.

Since 2017, its smart toilet task force, comprising dozens of employees, has contacted nearly 100 companies in the U.S. and elsewhere in search of partners. Toto is working with multiple startups to downsize sensors and analyze human waste. It has succeeded in creating a prototype, which it exhibited at this year's CES electronics expo, held online in January.

Toto President Noriaki Kiyota says the company aspires to "bring new values to society by introducing state-of-the-art digital and other technologies from outside." If it is to survive in an era of rapidly changing technology and lifestyle trends, Toto must discard its traditional policy of developing products and technologies exclusively in-house, Kiyota stresses.

The COVID-19 pandemic, which has made people around the world more hygiene conscious, has been a boon to the company. It is forecasting a 6% rise in operating profit for the year through March to 39 billion yen ($371 million). Strong demand for home remodeling in China and the U.S. will likely help lift its bottom line. Sales of Toto's Washlet bidet seats doubled in the U.S. in the October to December quarter from a year earlier.

The global market for toilets and other sanitary ceramic equipment is expected to balloon to $44.6 billion by 2025, up from $32.1 billion last year, according to a forecast by Markets and Markets, an Indian research specialist.

Toto has struggled for years to raise its share of its overseas sales, which is still less than 30% of the company total. To siphon customers off from entrenched local players such as Kohler of the U.S. and Roca of Spain, Toto needs to upgrade its smart toilet technologies.

Competition is growing in the market for continuous health monitoring products, such as smartwatches and other wearables. Apple has leveraged the Apple Watch to expand in this market. In Japan, it offers an electrocardiogram app for the Apple Watch. Another tech behemoth looking to tap into the growing consumer appetite for health-tracking devices is Google, which acquired U.S. wearables pioneer Fitbit in January.

In the July to September quarter last year, some 125 million wearables were shipped worldwide, up 35% from the year-earlier period, according to U.S. market researcher IDC. Sales of smartwatches and ear-worn devices showed especially brisk growth.

Toilet manufacturers are eager to capitalize on the trend. In 2018, Panasonic introduced a toilet in China that can detect blood in the urine and feces and measure uric acid levels.

Protecting privacy is a big issue for developers of smart toilets. The technology requires robust security to ensure that the very personal data it collects does not fall into the hands of hackers or thieves.