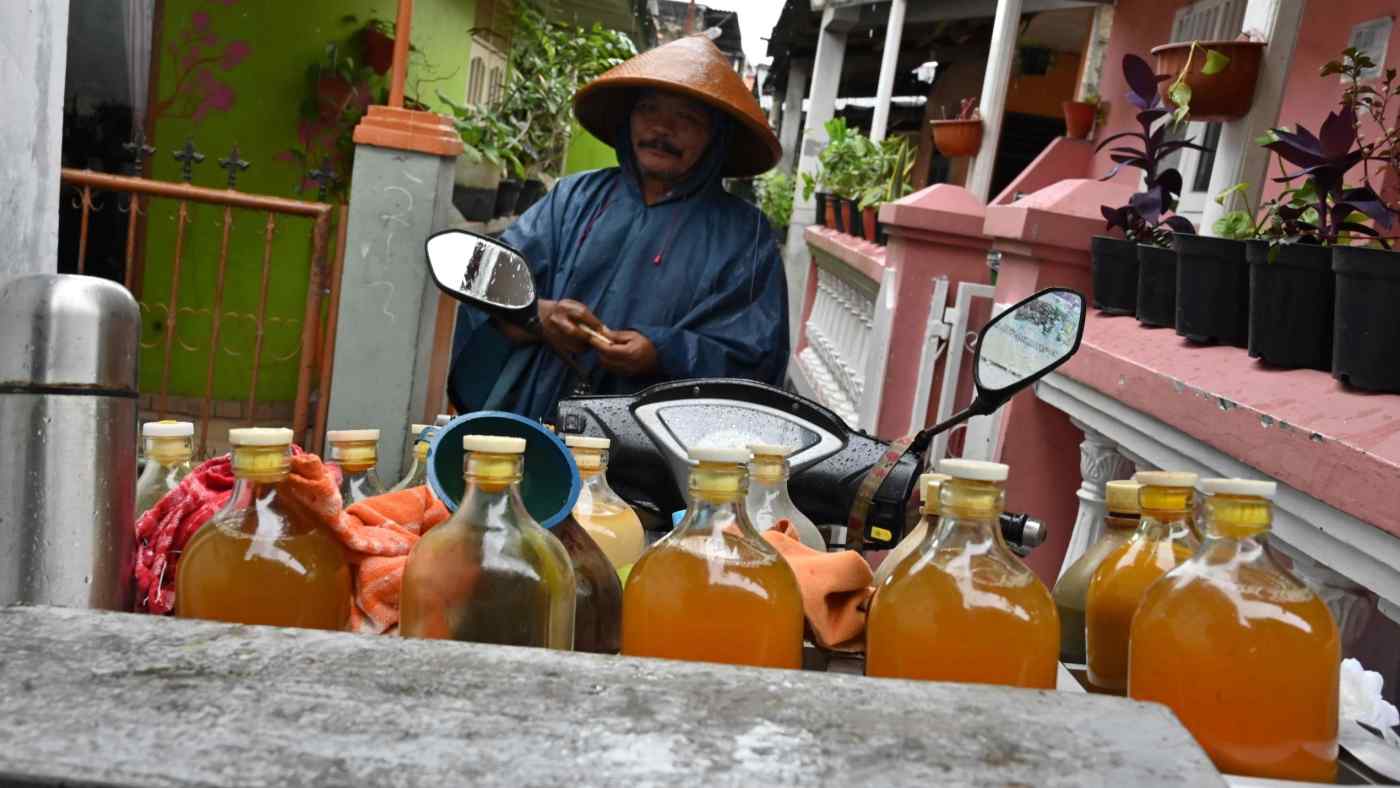 JAKARTA -- Indonesian producers of herbal remedies have defied the slumping economy and are upbeat about growth prospects as locals turn to them for protection against the coronavirus.

The country's largest maker of jamu, or traditional herbs, Industri Jamu dan Farmasi Sido Muncul, announced on Thursday a net income increase of 11% on the year to 414 billion rupiah ($28.1 million) for the January-June period -- the highest first-half number since the company listed in 2013. Sales also rose 4% to 1.46 trillion rupiah while its food and beverage segment, which includes drinks with herbals, reported the highest growth at 16%.

"Our top sellers during the second quarter ... include ginger-based products such as ginger coffee and ginger milk, as well as vitamin C. The demand was very high," Leonard, finance director at the company better known as Sido Muncul, told reporters Thursday.

Those products, as well as some other popular herbal remedies produced by Sido, sold well despite reduced spending on advertising, he said. Herbal remedies generate more than 60% of Sido's revenue.

"Social media really helps," Leonard said. "Many people read information through WhatsApp groups, and on the news, about the importance of consuming herbals. Even without ads, our products were sold out." 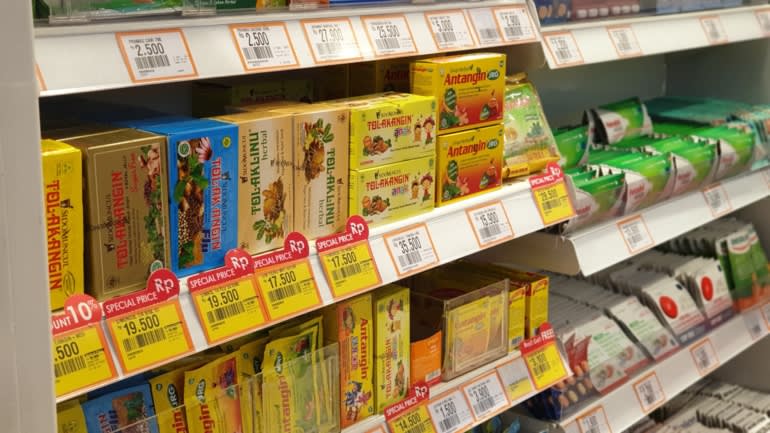 Some popular brands of Indonesian herbal remedies are on display in an apothecary at a shopping mall in Jakarta. (Photo by Erwida Maulia)

As of Thursday, Indonesia reported a total of 162,884 coronavirus cases, including 7,064 deaths.

Many Indonesians believe a concoction of ginger, turmeric and some other rhizomes can keep their immune system strong. Long consumed by locals as traditional remedies against the cold, joint pain and some other mild illnesses, they have been promoted this year as a means to protect against coronavirus infections.

Items such as ginger and turmeric quickly sold out in markets during March after some top government officials including President Joko Widodo promoted herbal remedies early in the outbreak. Showered with criticism and accusations of misleading the public, officials have stopped promoting the concoctions, but they remain popular.

Sido's share price has risen 10% year to date to 1,405 rupiah, outperforming the country's largest pharmaceutical manufacturer, Kalbe Farma, whose price had dropped before returning Thursday precisely to its early January level of 1,615 rupiah. The Jakarta Composite Index fell 14% during the same period.

Similar to Sido, Kalbe's revenue grew 4% for the first half to 11.6 trillion rupiah while net income rose 10% to 1.4 trillion rupiah. Its prescription drug sales fell 4%, which the company attributed to fewer patients visiting hospitals due to the pandemic. But sales of its "health products" division -- which includes multivitamins and herbal remedies -- rose 7%.

Seeing the popularity of herbal remedies, the company is conducting clinical trials for two new potential herbal offerings involving COVID-19 patients with mild symptoms in Jakarta, Kalbe director Bernadus Karmin Winata said. This is in addition to a collaboration with South Korean biotechnology company Genexine for the development of a coronavirus vaccine, which is slated to enter Phase 2 clinical trials in Indonesia in the fourth quarter.

"Herbals is an interesting area," Winata said. "In Indonesia, we're used to traditional herbal products ... to maintain our health. Through the clinical trials, we hope we can lift the herbal remedies' [profiles]. Having clinical data will make us more convinced that they are indeed beneficial for health."