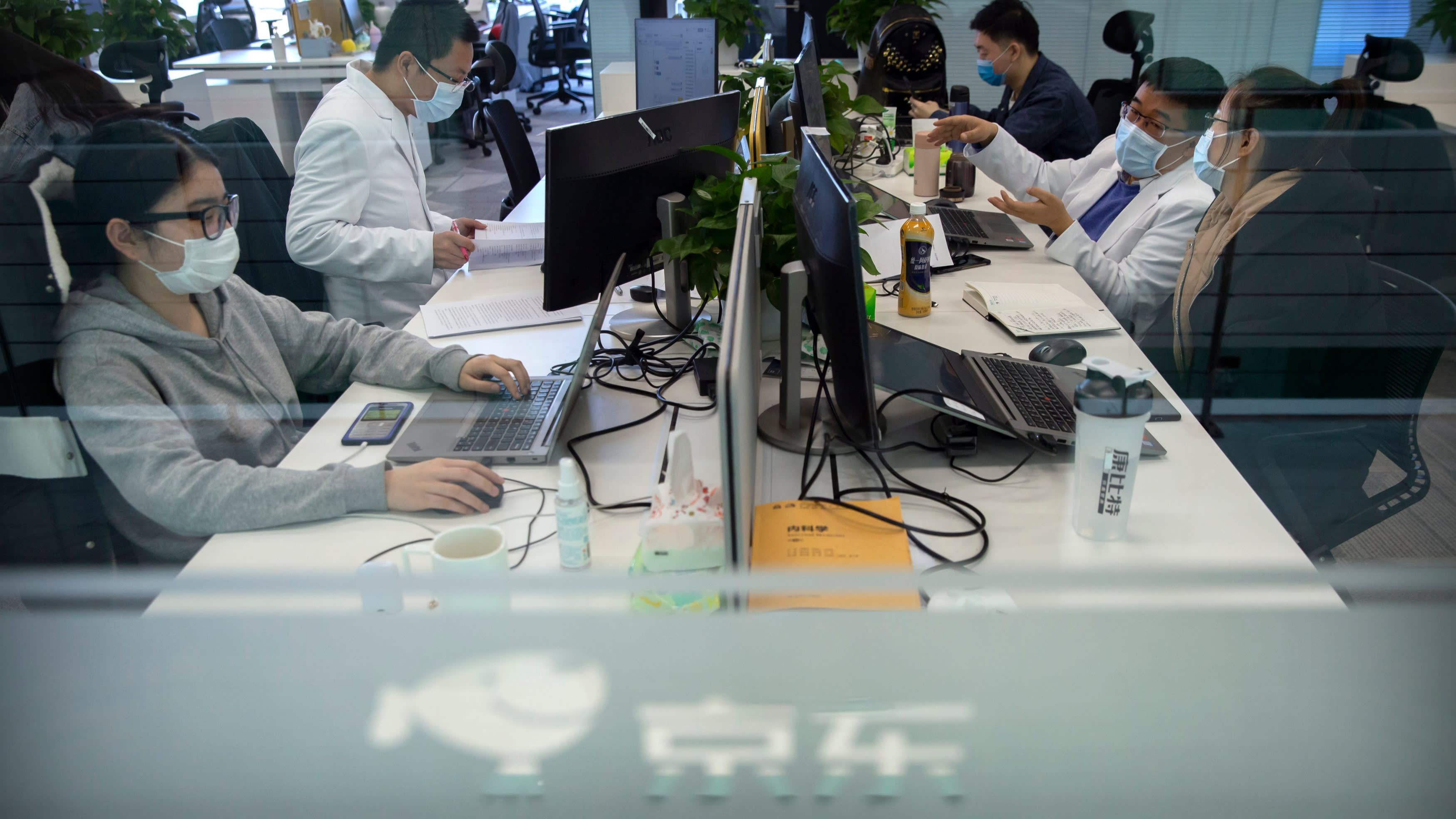 HONG KONG -- JD.com, China's second-largest e-commerce group, is set to raise $3.5 billion for its health care unit in what would be the largest initial public offering so far this year in Hong Kong.

The offering by JD Health International, which is expected to price on Dec. 1, could help propel Hong Kong to its biggest year for new listings since 2010.

JD Health has already locked in six cornerstone investors, including Singapore state investment group GIC and U.S. fund management company BlackRock, who will put in a combined $1.35 billion. The offering opened for subscriptions on Wednesday, according to a term sheet seen by Nikkei Asia, with the shares set for a market debut on Dec. 8.

Ant Group had been set to raise up to $39.6 billion in a dual listing in Hong Kong and Shanghai -- with the Hong Kong portion as much as $19.8 billion -- in a blockbuster offering earlier this month, but Chinese regulators halted the IPO shortly before trading was due to start.

Nevertheless, other companies are on course to raise more than $12 billion this month in Hong Kong, taking advantage of money brought into the city for Ant's stock sale.

"The funds haven't left Hong Kong and are looking for quality investment," said a fund manager bidding for JD Health shares. "Investing in one of China's main online health care platforms is a no-brainer. The sector will continue to grow."

JD Health generated 87.6% of its revenue in the first half of 2020 from online retail pharmacy and health care services, including consultations, prescription renewal and chronic disease management.

Companies have raised $39.1 billion so far this year from new primary and secondary listings in Hong Kong, according to data from Refinitiv, compared with $40.2 billion for all of 2019. This year is set to be the market's best since 2010, when $57.4 billion was raised in the city. Hong Kong has topped the new listing table globally in seven of the past 11 years.

Evergrande Property Services, a unit of China Evergrande Group, is targeting to raise as much as $3 billion for its debt-strapped parent, while China Resources Mixc Lifestyle, a subsidiary of China Resources Land, is eyeing up to $1.58 billion.

Chinese detergent maker Blue Moon has gotten approval from the Hong Kong Stock Exchange for an offering that could raise at least $1 billion before the end of the year, according to people familiar its plans. Kuaishou Technology, operator of China's second-largest short-video app, is seeking to raise as much as $5 billion.

JD Health is marketing 381.9 million shares within a price range of HK$62.80 to HK$70.68, according to a terms sheet. Underwriters have an option to subscribe to a further 57.29 million shares. The company's market valuation is set to exceed $25 billion.

JD Health plans to use 40% of the proceeds for business expansion, 30% for research and development, 20% for potential investment and the remaining for working capital and general corporate purposes.

The company's revenue for the first six months of the year climbed 76% to 8.78 billion yuan ($1.33 billion), according to its prospectus. Its profit -- excluding the impact of fair value changes of convertible preferred shares and nonrecurring items -- rose 46% to 370.8 million yuan.