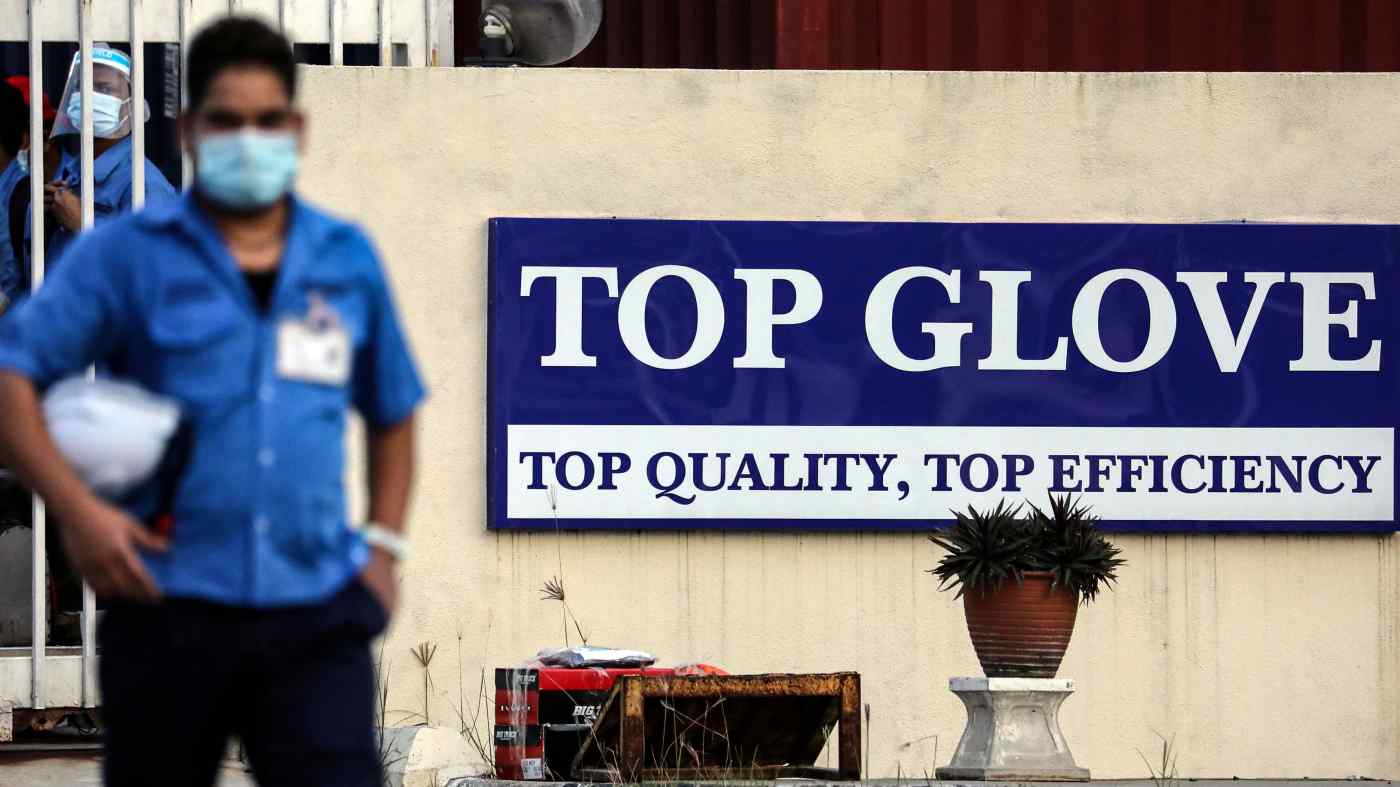 KUALA LUMPUR -- Top Glove, the world's largest latex glove maker, on Tuesday announced a surge in net profit and sales for the three months through February on increases in revenue and average selling prices, saying it sees no signs of a slowdown in demand despite the global rollout of COVID-19 vaccines.

Net profit for the Malaysia-based company soared twentyfourfold in the period from December through February, to 2.87 billion ringgit ($695 million) from the year-earlier quarter. Revenue increased 336% to 5.37 billion ringgit.