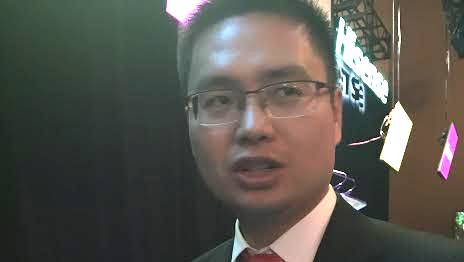 Hisense CEO for the U.S. market Jerry Liu says his company will continue to license the Sharp brand in America. (Photo by Debby Wu)
Business

Hisense says it will not cede Sharp US licensing to Foxconn

LAS VEGAS -- Chinese TV maker Hisense will not terminate its licensing of the Sharp brand in the U.S. as requested by the Japanese electronics group at a time that both companies are seeking global expansion.

In 2015, Hisense paid Sharp $23.7 million to acquire a TV production facility in Mexico and the right to use the Japanese brand in the North and South American markets, with the exception of Brazil, for five years. The Osaka-based company struck the deal with Hisense when it was in deep financial turmoil.

However, key iPhone assembler Hon Hai Precision Industry, also known as Foxconn Technology Group, wanted to terminate the licensing agreement after it completed the acquisition of Sharp in August 2016.

The Taiwanese company is seeking to stem Sharp's losses by cutting costs and marketing its electronics products including TV and home appliances worldwide.

But Foxconn's plan has been derailed by Hisense's refusal to revoke the licensing deal. While Hisense is a top five global TV maker by shipments, Sharp is better known brand internationally.

Hisense Group President Liu Hongxin told Chinese media in October that he did not intend to terminate the license as Sharp was operating well in the American markets under his company's management.

"We will follow the contract to the dot," Liu told reporters on Wednesday after a company event at the Consumer Electronics Show in Las Vegas.

Liu said that Hisense will market itself as a hip, young brand, and target Sharp at an older, professional crowd.

"We have many suppliers, and we have our own brand and our own technology. Foxconn is only a supplier, and they don't supply all that much to us, but again we still have a partnership with them," Jerry Liu told reporters.

Over the past few months, Gou has mostly focused on promoting Sharp in China, including attending various events to promote large-sized TVs.

Sakai Display also signed an agreement with the Guangzhou government to build an $8.8 billion advanced panel production facility in the southern Chinese city.