TOKYO -- The Japan Business Federation plans to appoint Hitachi Chairman Hiroaki Nakanishi as its next chairman, recognizing his management skills in rescuing the industrial conglomerate after the global financial crisis, as well as his rapport with Prime Minister Shinzo Abe.

Sadayuki Sakakibara, the outgoing chairman of the powerful business lobby also known as Keidanren, will officially put forward as early as Jan. 6 the proposal to promote Nakanishi, now a vice chair. The chairman and vice chairs are expected to approve the appointment at a meeting Jan. 9, with Nakanishi to be formally chosen at the organization's general meeting in late May, when Sakakibara's term ends. Nakanishi would be the first Keidanren leader hailing from Hitachi.

Nomura Holdings Chairman Nobuyuki Koga, also a Keidanren vice chair, is expected to replace Mitsui Fudosan Chairman Hiromichi Iwasa as chairman of the Board of Councilors, the group's No. 2 position. 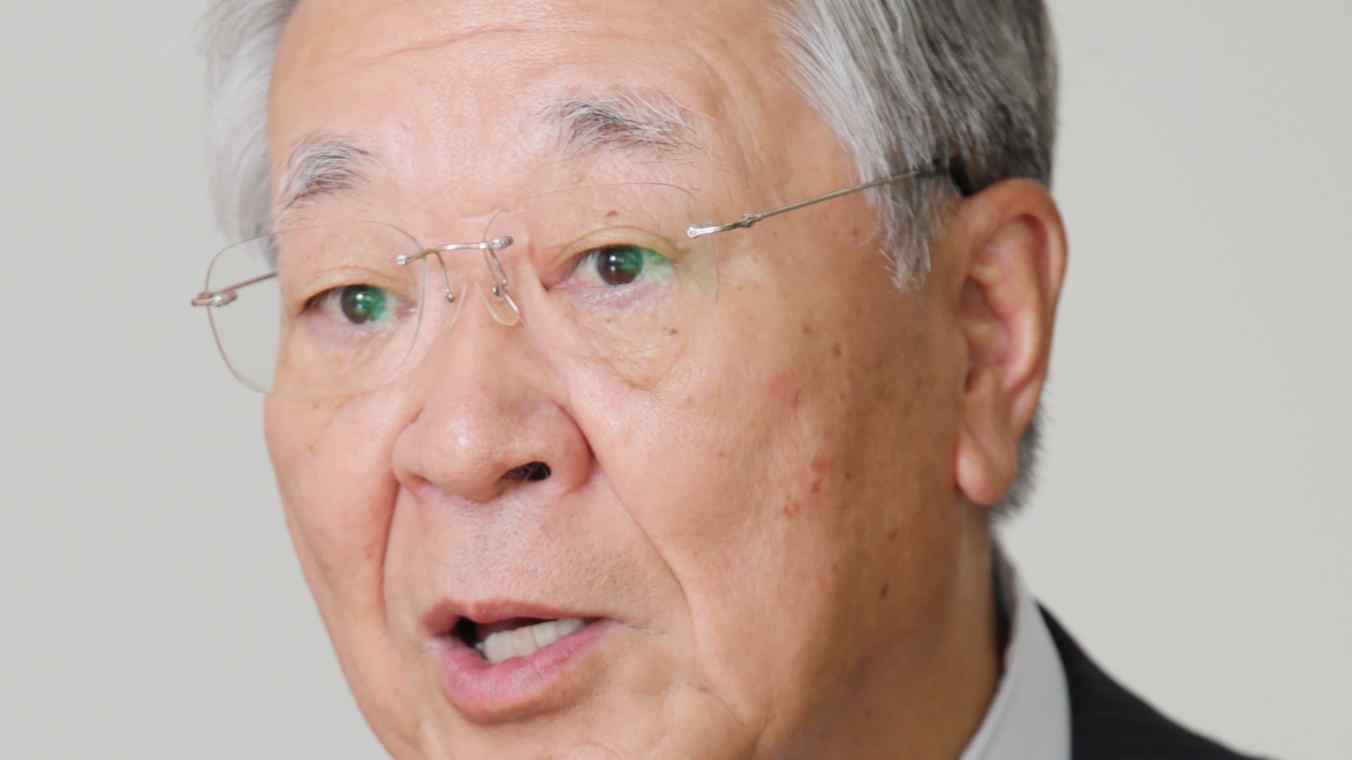 Recharging Tepco is an uphill battle for ex-Hitachi head

Corporate Japan warming to side jobs that help workers grow

Abe rides high into sixth year with eyes on legacy

Keidanren, established immediately after the end of World War II, is one of Japan's three big business organizations. It counts more than 1,300 leading domestic companies as members. The chairman wields significant influence, making policy requests to the government and meeting with key business and economic figures from overseas.

When Nakanishi became Hitachi's president in April 2010, the company was still reeling from the global financial crisis that struck in the autumn of 2008. It had booked a 787.3 billion yen ($6.97 billion at current rates) net loss for the fiscal year ended March 2009, a record for the Japanese manufacturing sector at the time.

Nakanishi worked to get Hitachi back on its feet by focusing on a narrower set of core competencies. His tenure as chairman, which began in 2014, has been marked by an emphasis on overseas infrastructure, such as a high-speed-rail project in the U.K.

Checking all the boxes

Sakakibara has said he is looking for three things in his successor: a background in manufacturing, a strong command of information technology, and the ability to maintain Keidanren's close relationship with the government.

The business lobby advocates "Society 5.0" -- a "super-smart society" built on such technologies as the so-called internet of things and artificial intelligence -- as a future growth model for Japan. Hitachi's involvement in fields that could help bring about this vision likely played a role in Nakanishi's selection.

The Hitachi chairman is also a strong candidate on the political front, having cultivated a personal relationship with Abe, with whom he dined just last month.

Nakanishi is a member of the Sakura-kai, a small group of business leaders supporting the prime minister that also includes Yoshiyuki Kasai, chairman emeritus of Central Japan Railway, or JR Tokai, and Fujifilm Holdings President Shigetaka Komori. The Sakura-kai urged Abe to pursue monetary easing and fiscal stimulus when he returned as prime minister in December 2012 and has since supported Abenomics from the sidelines.

Nakanishi also joined the government's Council on Investments for the Future in the autumn of 2016.

Hitachi also plays a major role in the infrastructure exports central to the government's plan for promoting economic growth, participating in a wide range of overseas projects. This puts it in a strong position to further Tokyo's growth strategy and economic diplomacy.

Sakakibara, who considers beating deflation a top priority, has worked to mend Keidanren's relationship with the government after it deteriorated under his predecessor. The group now works closely with the government on such Tokyo priorities as wage growth and work reform. Nakanishi is widely expected to maintain that rapport. Nomura Holdings Chairman Nobuyuki Koga is to be tapped to chair Keidanren's board of councilors.

Though Sakakibara reportedly was not initially sold on Nakanishi as his successor, the Hitachi executive's work at Keidanren won him over. Nakanishi took the initiative on laying the groundwork for reform in the electricity industry, launching regular meetings this year that bring together top officials from nine major power companies. He also persuaded the business lobby to revise its charter of corporate behavior -- the rules member companies pledge to follow -- to include policies promoting the United Nations' Sustainable Development Goals.

Nakanishi's top-notch set of international connections likely also worked in his favor. Steve Milligan, CEO of U.S. hard-drive maker Western Digital, worked with Nakanishi at Hitachi and says he considers his former colleague a mentor. Nakanishi has strong ties in the U.K., too, thanks to his work on projects including the high-speed railway, with Prime Minister Theresa May and cabinet members stopping by Hitachi headquarters whenever they visit Japan.

Nomura's Koga, set to become Nakanishi's right-hand man as chairman of the Board of Councilors, would be the first securities industry executive to assume the post. He and Nakanishi know each other well, having both served as vice chairs since 2014. The extensive network of political and financial connections Koga has built as Nomura chairman will likely be an asset as well.