MILAN -- Hitachi wants to increase sales from its railway business 50% by 2022 as industry realignment accelerates across the world. In a recent interview with The Nikkei, President Toshiaki Higashihara explained how Hitachi intends to take on global rivals. Q: What do you make of the planned merger of railway operations between Germany's Siemens and France's Alstom?

A: The deal will create a huge group and will be a threat. Industry leader CRRC [of China] is also accelerating global expansion along the lines of the Chinese government's Belt and Road Initiative, which is designed to establish a wide economic area beyond China. Environmental [regulations] will likely be stricter in the future. But rolling stock, which is the mainstay product of all railway manufacturers, has a relatively small profit margin, so greater scale will not directly translate into high growth.

Q: Still, would bigger companies not have better chances of outbidding rivals in international railway auctions?

A: Hitachi acquired from Italian companies businesses that make railway cars and railway signals in November 2015. Since then, their earnings have been better than expected. In July this year, it won a sizable contract to build railway cars and a traffic system for the Baltimore Metro Subway Link. In 2018, it will begin shipping high-speed trains to the U.K. Italy now accounts for 40% of the Hitachi group's rolling stock production globally.

In the U.K., where we also have a local base, there is strong demand for rolling stock to replace aging equipment. Hitachi plans to split production and sales operations between Japan, the U.K. and Italy in order to speed up global expansion. By the time all three global bases reach cruising speed, expected by the year ending March 2022, sales from our railway operations will be between 700 billion yen and 800 billion yen ($6.18 billion and $7.07 billion) without any external help.

Q: What is the thinking behind Hitachi's aim of increasing sales from its railway operations to 1 trillion yen by the early 2020s?

A: Surely, our own efforts to grow will not be enough to meet that goal. We might need to decide on large-scale acquisitions or partnership deals to beat that 1 trillion yen target. We are still considering options. We will make investments that will lead us to growth.

Q: How is Hitachi going to distinguish itself from others? 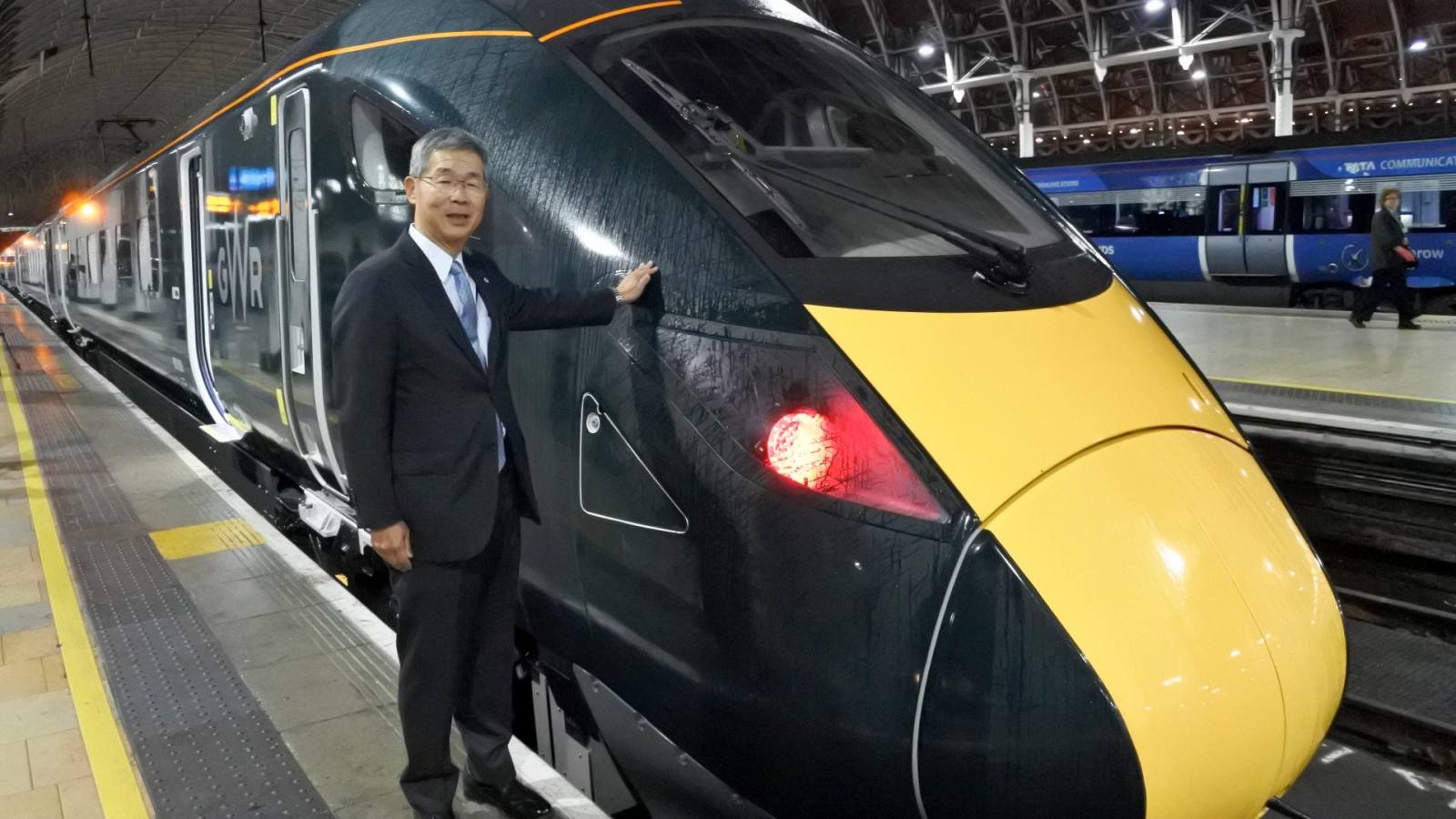 A: The internet of things, which connects everything online, will be the key. For instance, demand is high in Europe [as much as in Japan] for services such as providing technological support to make shopping malls at train stations more efficient by analyzing flows of people using sensors and cameras. Such devices can also be used to prevent crime. Another example will be a new service to link railway operations and autonomous driving to help people get to their destinations in the shortest time.

All these are new areas that would be difficult to crack if we only worked to gain a bigger share of the rolling stock market. Given this, it might be a bigger threat if CRRC teamed up with IoT companies like General Electric of the U.S. that provide services similar to ours, compared to the reorganization of major rolling stock makers.