Hokkaido to warm up skiers with 'ice bath' 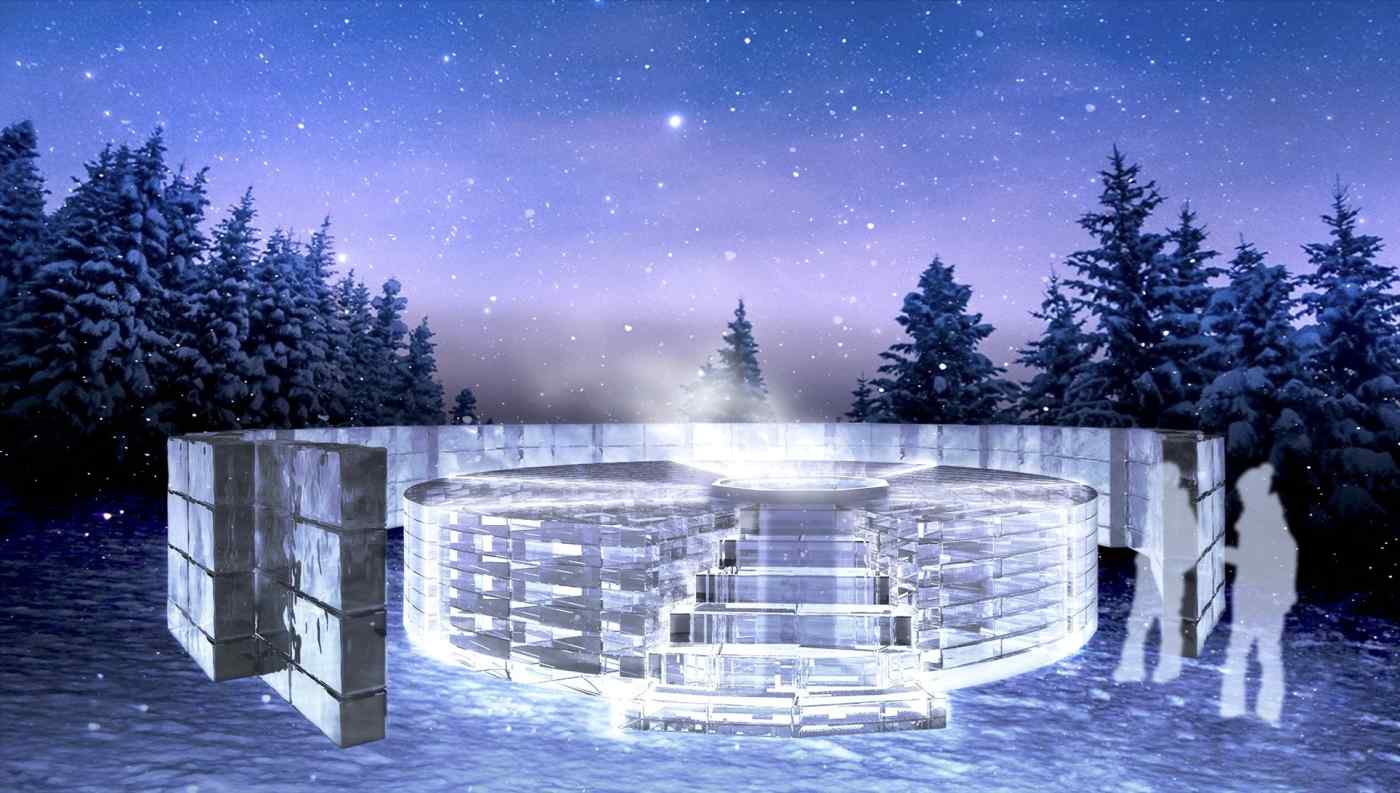 TOKYO -- Hotels made of ice can be found in many of the world's coldest countries. Now Hoshino Resorts, an operator of classic Japanese ryokan and other inns, is adding a new wrinkle to the concept -- an open-air bath.

The bath as well as a hotel room will be built in Tomamu, a popular ski destination in Hokkaido, where temperatures can fall below minus 20 C.

Japan's northern main island has been a popular destination for both domestic and international tourists. Hokkaido welcomed 2.08 million foreigners in the fiscal year through March. The resort operator intends to attract even more tourists by taking advantage of the frigid temperatures.

Hoshino Resorts operates a ski resort in Tomamu that has more than 800 hotel rooms. It has also been operating an ice hotel room every ski season since 2008. This coming winter, the ice room will be dome-shaped, 8.5 meters in diameter and 3.5 meters high. 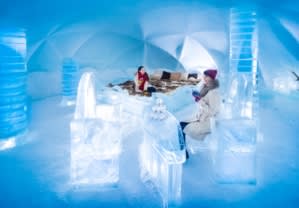 The furniture will all be made of ice.

The ice wall will be 15cm to 20cm thick, and the temperature inside approximately minus 6 C, according to Hoshino.

Good thing, too, because the room's bed, sofa and table will be made of frozen water.

The Ice Infinity open-air bath will be built next to the dome. A circular tub big enough for two will be set in a large cylinder of ice. Bathers will be treated to a view of a flat ice surface spreading out to a forest.

The water, however, will not be natural hot-spring water.

The ice hotel and the open-air bath will be constructed as a part of Hoshino's Ice Village, which will include a skating rink, ice chapel and several shops made of ice.