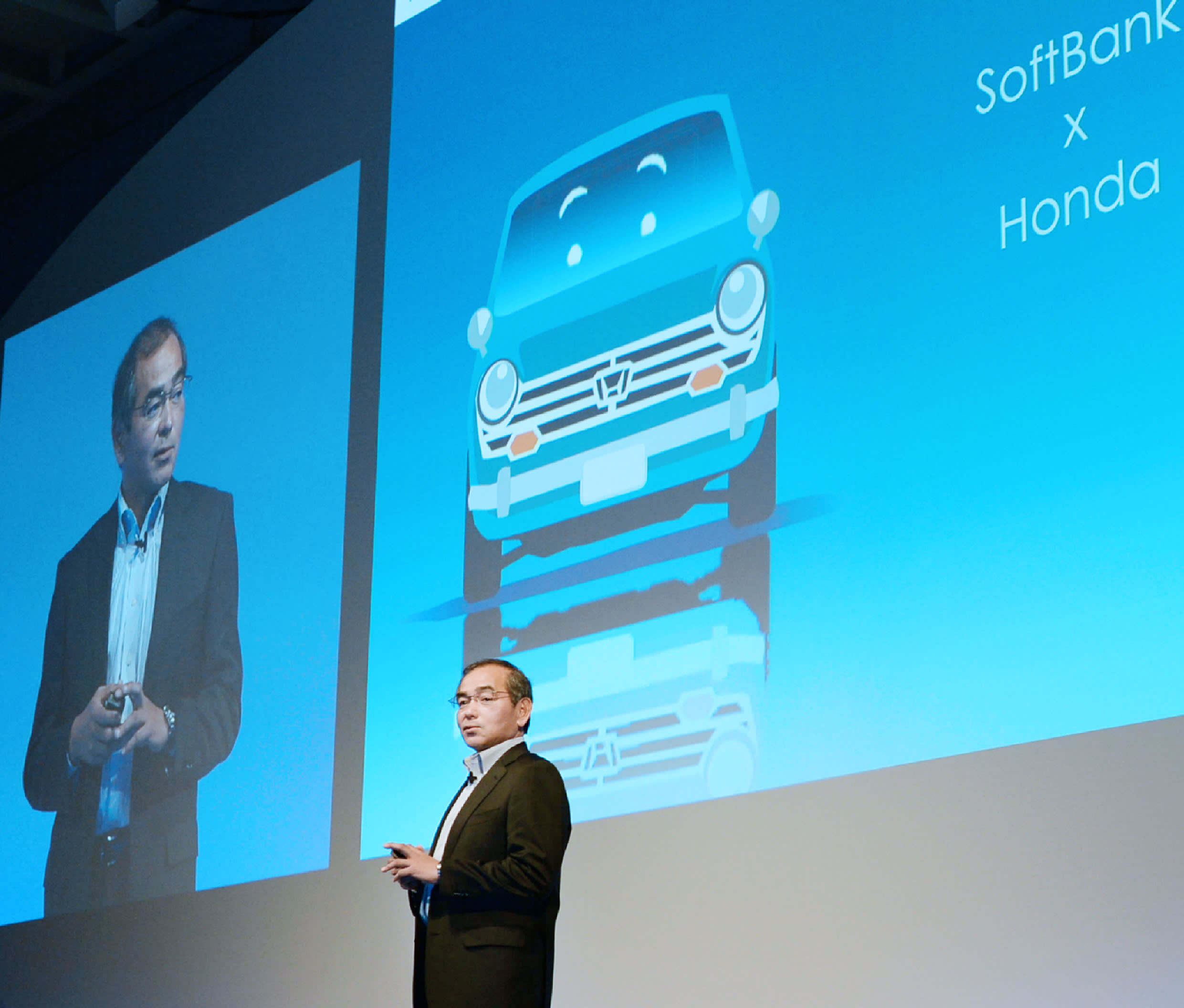 TOKYO -- Honda Motor and SoftBank Group announced a research collaboration Thursday on the use of artificial intelligence in cars, with a goal of creating vehicles that are more than just a machine for transporting people from point A to point B.

The two Japanese companies aim to give cars the ability to read the moods and learn the preferences of drivers, not only through cameras and sensors but also by conversing with them. Honda and SoftBank envision the car as less of a tool and more like a member of the family.

SoftBank Chairman Masayoshi Son invited Honda R&D President and CEO Yoshiyuki Matsumoto on stage Thursday at an event for corporate customers in a hotel here. Together they presented a video to the audience describing the car of the future as not just a means of transportation but as a partner for the driver.

Honda studies AI at its three cutting-edge research and development bases in Japan, the U.S. and Germany. But SoftBank, which has already launched the Pepper humanoid robot, is more advanced in technologies to read human emotions and express quasi-emotions with machines. Son has expressed interest in the automotive industry and spoken of a future where cars are mobile supercomputers.

The alliance between the two companies comes as automakers face the need to compete on autonomous driving and other new fronts, in addition to basic vehicle performance.

A global shortage of experts in a form of AI known as deep learning has fueled an uptick in strategic alliances. Japanese automaker Toyota Motor has invested in a Tokyo startup called Preferred Networks that specializes in deep learning. U.S. automaker General Motors acquired Cruise Automation, a U.S. developer of AI and sensor technologies for self-driving cars, for roughly $1 billion in March.

Japanese research firm Fuji Keizai predicts that 680 million "connected cars" will ply the world's roads at the end of 2030. That number includes cars with just the ability to link to mobile phones, but it would represent more than half the passenger cars on the road then and a sixfold rise from 2014.

Such trends, as well as the advent of the sharing economy, are redefining the auto industry and forcing carmakers into partnerships outside their field.