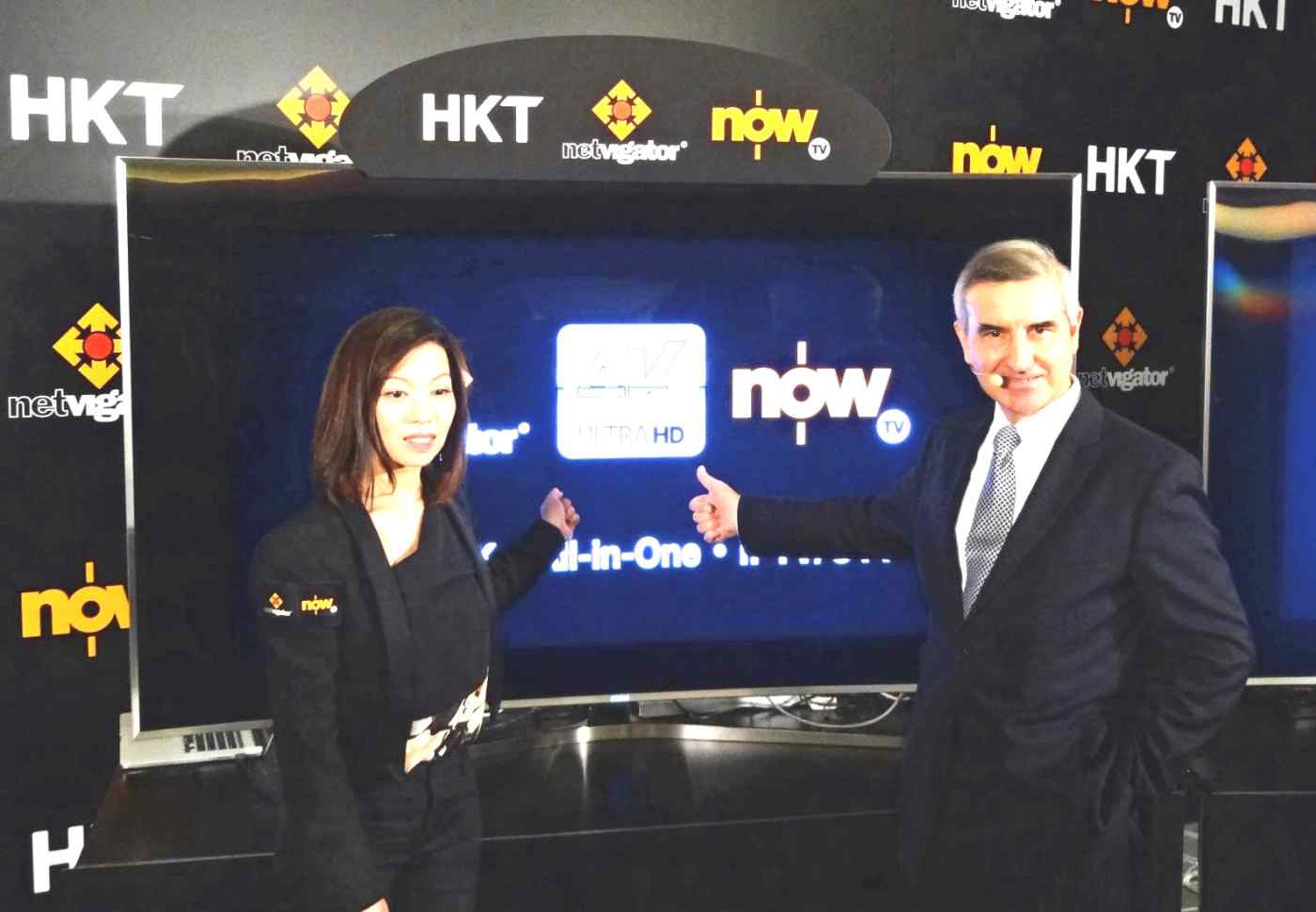 "The demand for 4K viewing is increasing as more large-sized TV sets come onto the market at more affordable prices," said Alexander Arena, executive director and group managing director of HKT, a PCCW unit that runs pay-TV services. HKT is the leading mobile telecommunications provider in Hong Kong. The company plans to start distribution of 4K content on its "now TV" platform in the first quarter of 2016.

Now TV is Hong Kong's largest subscription-based broadcasting service and has about 1.3 million members. Popular channels by U.S. broadcasting networks such as HBO, Fox, and Walt Disney are available on the platform. HKT has a network of optical fiber cables covering more than 87% of Hong Kong. With its vast cable network, HKT hopes to boost subscriptions to the new service, despite the trouble of installing a special terminal at each household.

PCCW has been strengthening its media operations as part of its efforts to diversify. In March, it acquired Vuclip, a video and music distributor for mobile phones in emerging markets. The new 4K services in Hong Kong are part of the plan to expand its "over-the-top" online content delivery.

LeTV's video streaming website has about 100,000 episode of TV dramas and 5,000 movies, as well as sports and music programs. The website receives 350 million visits a month and the service logs roughly 10 million TV viewers daily. In Hong Kong, LeTV offers more than 1,500 hours of 4K content and hopes to become the top player in Hong Kong's pay-TV market in two years.

Caught in the net

Pay-TV companies are rushing to get on the 4K wave partly because of the arrival of Netflix, which plans to start services in early 2016 not only in Hong Kong, but also in Taiwan, South Korea and Singapore. The company started services in Japan in September. Netflix has over 69 million subscribers worldwide and already carries a rich variety of 4K programs. Fearful local players are rushing to capture customers before Netflix gets to them.

Competition is also heating up over content. LeTV won the broadcasting rights for the 2016-2019 English Premier League in Hong Kong, pushing away previous broadcaster PCCW, for an estimated $400 million. This package is said to be about double the amount that PCCW paid for the previous rights. Having lost one of its cash cows, PCCW cut a deal with LeTV to continue broadcasting the games on its network, but, as many predict, at the risk of losing cost competitiveness.

Hong Kong has a more than 80% broadband penetration rate thanks to high population density. This offers ample opportunity for the further spread of content in 4K -- which is four times the quality of high-definition broadcasts. Amid increasing competition within and from outside the special administrative region, attractive content will be one of the keys to unlocking the 4K market.