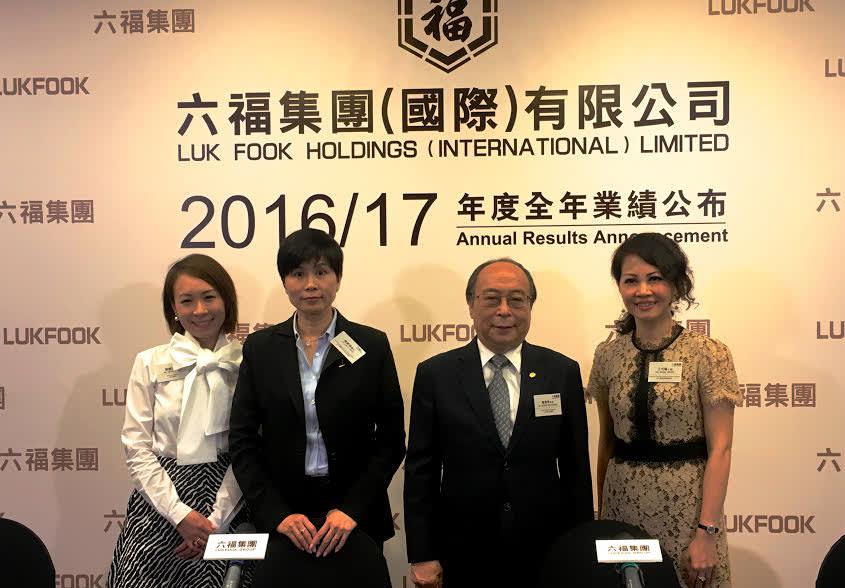 HONG KONG -- The retail sector in Hong Kong is recovering with mainland Chinese tourists making a return to the territory.

Retail sales rebounded modestly for the third consecutive month in May, edging up 0.5% on the year to reach 35.9 billion Hong Kong dollars ($4.6 billion). That was slightly higher than the 0.2% sales increase in April, according to official data released on Thursday.

Leading the gain was an improvement in the sales of luxury goods including jewelry and watches, which rose for the third straight month at 1.4%. This was followed by a 3.8% increase in department store sales, while sales of vehicles jumped 8% as demand surged ahead of more stringent pollution regulations imposed on diesel vehicles.

Clothing sales swung back to negative territory and fell 0.4% from a year ago. Sales of electrical goods and consumer durables like cell phones remained in the doldrums, slumping 14% and 12% respectively.

A government spokesperson said the figures indicated the "relative improvement in inbound tourism" and the "resilience of local consumption demand." Boosted by long weekends including the three-day Labor Day Holiday and Dragon Boat Festival, the number of mainland tourists in Hong Kong grew 3.7% on the year in May, compared with a 1.8% increase in April.

But industry players remain cautious on the outlook of nonessential items such as electrical goods, as mainland tourists tighten their purse strings. "Their travel pattern is no long the same -- what they want is something more experiential than just shopping," said Thomson Cheng Wai-hung, chairman of Hong Kong Retail Management Association. "The chance of a quick turnaround for this market is slim."

Some luxury retailers in Hong Kong are eyeing overseas expansion to make up for the sluggish business at home. Jeweler Luk Fook is working with local partners to open two shops in Cambodia this year, including a 30,000 sq. ft (2,787 sq, m) flagship store in Phnom Penh, in the hope of bringing the total number of retail outlets there to seven in five years.

Luk Fook reported an 8.7% decline in revenue to HK$12.8 billion for the year ended in March, dragged lower by a near 20% slump in Hong Kong retail revenue. But same-store sales in the territory turned around in the last quarter of 2016 after falling 12 consecutive quarters.

But Luk Fook has no plans to expand in Hong Kong despite signs of recovery. "Our expansion will focus on mainland China in the medium- to long-term. We are particularly bullish on the growth of the country's middle-class population," said Chief Financial Officer Kathy Chan. The group is planning another 50 shops on the mainland this year to add to its sales network of 1,500 spanning the U.S., Malaysia and South Korea.