TOKYO -- There was a time not so long ago when Japanese tourists had basically two options when it came to overseas travel: go on a group tour or stay home. If it weren't for Hideo Sawada, that might never have changed.

The founder and CEO of H.I.S., now one of Japan's biggest travel agencies, can be credited with shaking up the entrenched industry standard of exorbitant air fares and inflexible itineraries. A globetrotter himself, Sawada was inspired by his own early travels -- and a brush with death -- to question "common sense" practices and embrace a bit of risk.

That is not to say he was ever a conformist. Born in Osaka in 1951, Sawada grew up watching his father work from morning to night running the family's confectionery business and haggling with customers over prices, sometimes over sums as small as 1 yen.

While Sawada understood that his father was putting in such long hours for the family's sake, it was not the kind of life he saw for himself.

"When I was a child, I thought I'd never go into business," Sawada said. 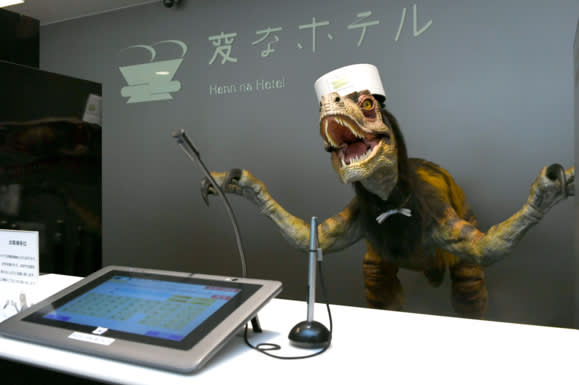 Sawada graduated high school in 1969, a tumultuous time in Japan when student protests were rocking the country to its core. He knew he didn't want to take over the family business or follow an ordinary career path. He was also unwilling to make any decisions about his future without first seeing the world.

While his friends were enrolling in technical schools or getting proper jobs, Sawada took a different path. For four years, he worked series of odd jobs, eventually saving up enough money to enroll at the Johannes Gutenberg University Mainz, in West Germany. A young Hideo Sawada kicks back while traveling through West Germany.

With its thriving auto and machine tool industries, West Germany had what Japanese at that time yearned for -- prosperity and prestige. And the university was located close to Frankfurt, a major transport hub that put Sawada at the crossroads of Europe.

During his four years at the university, Sawada spent his breaks visiting more than 50 countries. He financed his travels with money he earned from Japanese tourists, who would pay Sawada to take them on tours, introduce them to off-the-beaten-path restaurants or buy them tickets to shows.

"I made a deal with hotel managers. They referred their guests to me, and in exchange I paid them 10% of the tour fees I received," Sawada said. "I earned about 2 million yen ($18,000 at the current exchange rate) in busy months."

He used the money to visit every continent except Antarctica.

When he crossed the Pyrenees into Spain, he encountered an alluring blend of European and Muslim cultures. Passed through the Strait of Gibraltar, he reached Morocco, where the stuffy, labyrinthine bazars left him staggering.

In the Soviet Union, he was struck by the dire poverty of the people. He had imagined the superpower would be wealthy, like the U.S. "Only the opera houses and public facilities were at all impressive," he recalled. "The city had no 'color.'"

He also visited Iran several months before the 1979 revolution, where he saw people at a crowded bus stop climb over one another to board. Those who couldn't squeeze on started destroying the bus.

Experiencing these different countries firsthand gave Sawada a new and broader perspective from which to ponder their likely futures. 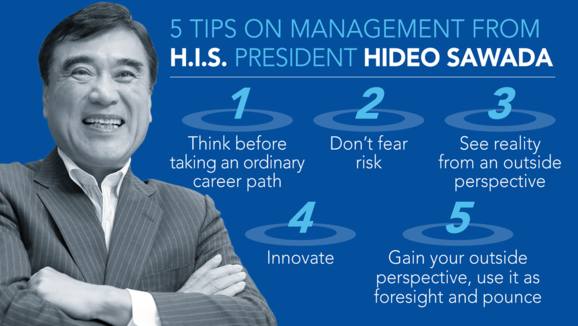 "When you're in the middle of the Pacific Ocean and can't see a single island, you have no clue which direction you're drifting," he said. "Likewise, if you are totally immersed in one country, you can't see the flow of history."

Travel also changed how Sawada saw his home country. Before he ventured abroad, he had always thought Japan was a free, capitalist nation. After taking a look at his homeland from the outside, he saw things differently. "I realized that the government was powerful and decided everything, which put people and businesses in a kind of straitjacket. I felt that Japan was a half-socialist country."

In Europe, for example, he saw how small or financially strained banks charged higher interest rates for loans than institutions that were on more stable footing. In Japan at the time, the Finance Ministry tightly controlled the banking industry, ensuring that all banks imposed similar rates. The same was true with airfares. While the prices of air tickets varied depending on demand in Europe, they were uniform in Japan.

This opened his eyes to a profound truth: the "common sense" way of doing things in Japan wasn't necessarily the best.

"I acquired three things from my travels," Sawada said. "They are a bit of foresight, imagination and a 'so what?' attitude. "

That last characteristic was born largely of a near-death experience.

Sawada, still in his mid-20s, was in Myanmar on his way home from West Germany when he was assailed by a sudden feeling of fatigue. He initially thought he just needed something to eat, but food didn't help, and his condition rapidly deteriorated to the point where he could barely walk.

He eventually made his way to a hospital, where he had to wait for two hours before being handed 10 or so tablets wrapped in a sheet of newspaper. The improvised container looked so unsanitary that he couldn't bring himself to take the medicine.

He spent the next week in bed thinking about how suddenly life could end. Staring at the ceiling of his dingy hotel room, Sawada realized that he did not want to die with regrets. "If I take a chance and fail, the worst that will happen is I'll lose some money or be ridiculed," he recalled thinking. "I won't die from failure."

So he crawled out of bed, found his way to the airport and flew to Thailand. There, a fellow Japanese national told him he was likely suffering from hepatitis, after which he received the treatment he needed and made a full recovery.

"That experience made me unafraid of anything," Sawada said. "Nothing is frightening when compared to death."

In 1980, he put his newfound fearlessness to work and founded H.I.S.

Sawada's travel agency was unlike any Japan had ever seen, thanks to his pioneering business model of buying air tickets for groups and then selling them individually. This gave Japanese travelers the freedom to make their own overseas itineraries at a price they could afford. 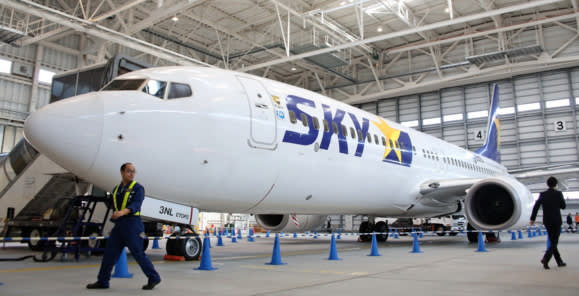 He demonstrated his knack for management a little over decade later when he took over Huis Ten Bosch, a Dutch-themed amusement park in Nagasaki, in 2010. The park had lost money for its first 18 years of existence. It took Sawada just half a year to bring it into the black.

One of the first things he did as part of his turn-around plan was to start playing opera music in the previously quiet park to give it a more cheerful ambiance.

"Many people may believe that we are emotionally moved mainly by what we see," he said, "but sounds have a strong effect on people's feelings. The emotional impact of fireworks comes from their sound."

Sawada has also brought innovation to the hospitality industry with Henn-na Hotels, where robots check in guests and carry out other tasks. These robot-staffed hotels are attracting attention across Japan, not least because of the acute labor shortages facing the nation. 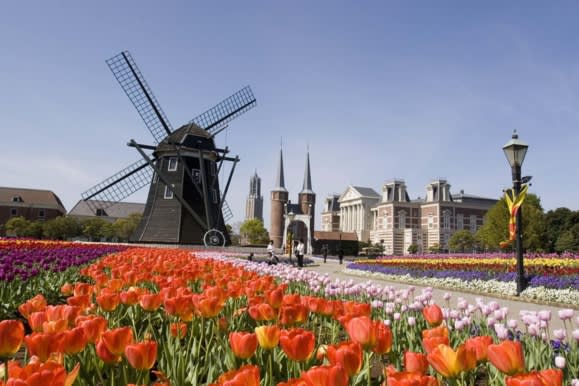 Now, after nearly 40 years in business, Sawada plans to relax with a solo trip around the world.

"I'll travel alone in a carefree manner, going wherever I want, for about half a year," he said. "I'll leave the management of the company to younger people and see how they do. It may grow, or it may falter. Last time I did this, I found the company stumbling when I got back. If that happens, I'll turn it around again."

That "last time" was a decade ago, when Sawada visited the world's three biggest waterfalls. This time, he plans to enjoy the luxuries of the Orient Express. He hinted that a new business trip may be in order once he finishes recharging.

"Business is probably in my blood," he said.