TOKYO China's Huawei Technologies is causing a stir among young Japanese job seekers by offering monthly salaries of around $4,000 for prospective science and engineering graduates.

Huawei, the world's No. 3 smartphone maker by sales, will set up a major "production research laboratory" in Japan as early as this year and is determined to hire the best engineers.

Monthly salaries will start at 401,000 yen ($3,611) for bachelor's degree holders -- roughly double the going rate of salaries offered by Japanese companies -- and 430,000 yen for master's degree holders. By offering higher pay, Huawei is looking to attract talent that would otherwise opt to work for Japanese peers, such as SoftBank and Nippon Telegraph and Telephone.

"Most Japanese science and technology majors want to join famous Japanese companies. To attract the best talent, we have to offer a good working environment and a good compensation package, including welfare benefits," said Ruri Tomioka, director of public relations at Huawei Japan. 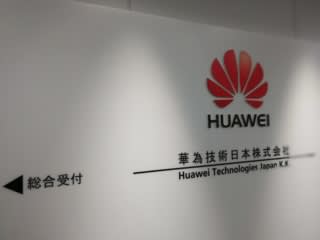 Huawei plans to open its first factory in Japan as early as this year.

"We do not think this salary is especially high. Most foreign companies offer a similar salary level to hire good engineers," she said.

Huawei is investing around 5 billion yen in the new research lab in Funabashi, Chiba Prefecture, near Tokyo, with more spending under consideration. The company intends to leverage Japan's cutting-edge production technology and quality control methods with an eye toward applying them at its production sites around the world.

Huawei plans to employ several dozen engineers at the lab, combining the best of Japanese manufacturing with Chinese-style high-volume production to ensure both quality and cost-competitiveness.

But unlike most Japanese companies, it does not plan to adopt a one-size-fits-all pay scale for its employees. Huawei is after Japanese engineering skills, and it is willing to pay for them.

One reason such hefty paychecks are necessary comes down to mom and dad. Huawei has seen instances of graduates interested in joining, but whose parents are reluctant about their children joining an "unknown" Chinese company. They would rather they joined the companies that drove Japan's postwar economic growth, such as Hitachi or Fujitsu.

Huawei's posting on Japanese recruitment site Rikunabi is for science and engineering majors expected to complete an undergraduate or graduate program between September 2017 and March 2018. Four types of jobs are on offer, including telecommunications network engineer and terminal equipment testing engineer.

DIFFERENT EMPHASIS Internet users back in China seem confused as to what all the fuss is about. "Is 400,000 yen high?" asked one user on Cankao Xiaoxi (Reference News), an online affiliate of state-run Xinhua News Agency. "Salaries at Japanese companies are low," commented another.

Differences in cultural and business norms between the two countries may partly explain why some Chinese are so puzzled.

In China, engineering excellence is seen as key to innovation, and it is rewarded accordingly. Japanese companies, on the other hand, tend to reward engineers and general office managers equally.

Starting salaries for new graduates, too, are roughly the same in Japan, regardless of whether they have science or general studies degrees. A 2016 survey by the Ministry of Health, Labor and Welfare found that freshmen bachelor's degree holders at Japanese companies took home an average of 203,400 yen a month.

Japan's pay chart for new graduates is rooted in a deeply held notion that companies must turn new hires into fully rounded employees, regardless of their academic background.

In China, by contrast, it is normal for information technology engineers to receive higher salaries than employees with arts or general studies backgrounds, even in their first year. Indeed, engineers are among the top earners.

Moreover, it is common to change jobs in China, which means companies must offer generous salaries for IT engineers, who are in high demand, to prevent them from being poached. Science majors are especially sought-after, leading talented students to flock to science departments.

While salaries and wages for Japanese 20-somethings do not vary much regardless of job specialty, differences emerge in the long run. In many cases, it is those with backgrounds in arts or general studies who end up as board members.

According to the Health Ministry, pilots took home the biggest monthly paycheck in 2016, at 1.49 million yen. They were followed by lawyers at 480,000 yen, and chartered accountants and tax accountants at 460,000 yen. Real estate appraisers came fourth at 430,000 yen.

At Japanese companies, even researchers who make discoveries with global impact do not benefit greatly in terms of personal compensation.

In one well-known case, Shuji Nakamura, who won the Nobel Prize in physics for developing a blue light-emitting diode, filed a lawsuit against his former employer, chemical maker Nichia, demanding fair remuneration for his invention.

Huawei's high salaries could change the way Japanese companies reward their staff. Meanwwhile, Japanese students will have 401,000 reasons to give dad when he asks why they are not working for Hitachi or Fujitsu.