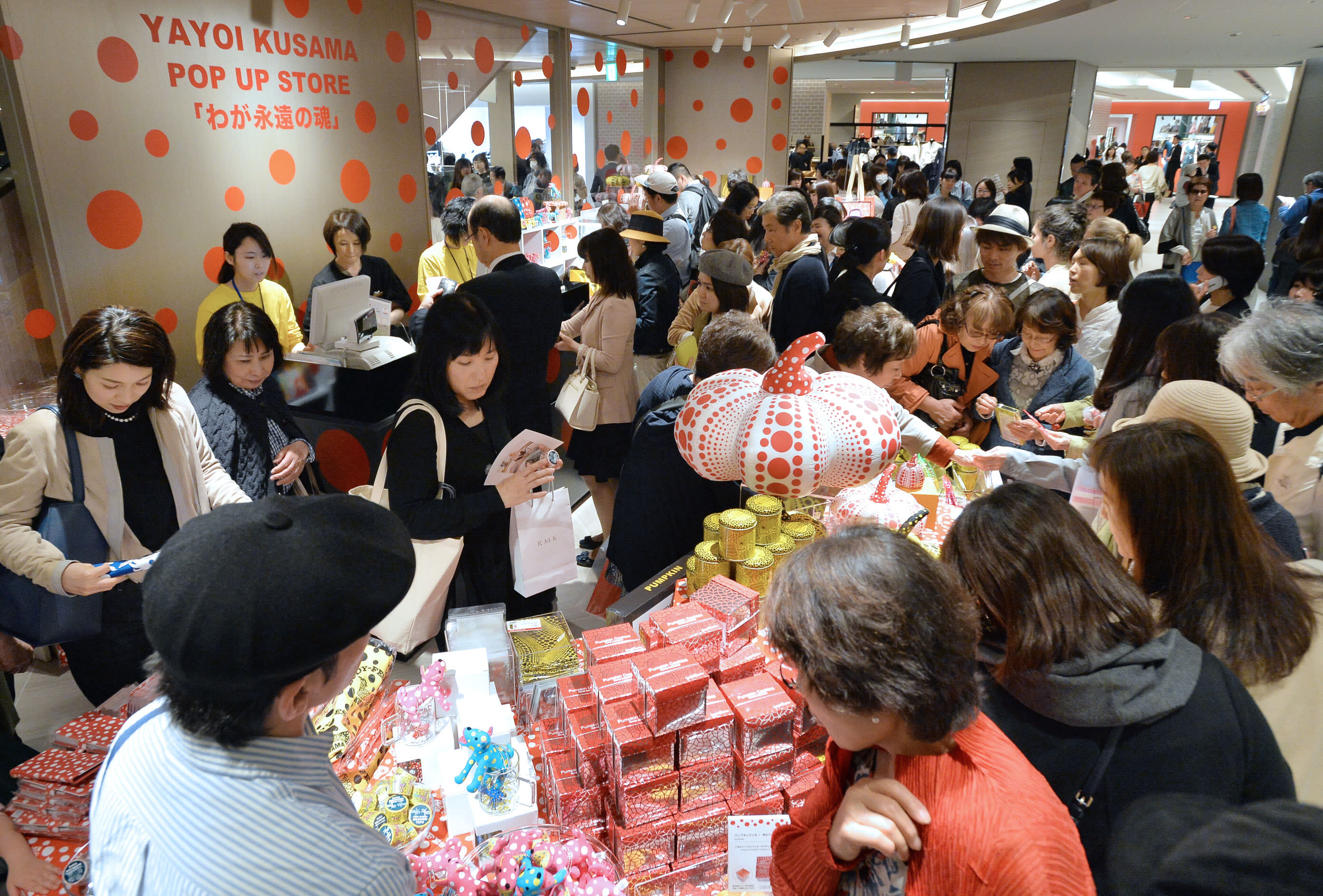 Lines wrapped around the building at least once. At one point, staffers held up placards announcing two-hour waits.

"There is a limited-edition Citizen timepiece my husband wanted, so I booked a hotel and got in line," said Ginza Six's first customer, a 60-year-old woman who had waited since 4 a.m. "I'm surprised at how this place is overflowing with luxury."

The complex, with a floor space of 47,000 sq. meters, sits on the former site of the Matsuzakaya Ginza department store. A 69-year-old man who said he worked nearby at the Matsuya Ginza department store for nearly four decades said Matsuzakaya was a working-class store, so it was very accessible. "I can't wait to see what the food product sales space is like," he said.

"I am happy that we are finally able to open for business," said a smiling Ryoichi Yamamoto, president of J. Front Retailing, which developed Ginza Six with partners including Mori Building. "I expect good things from the strengths this facility has."

After determining that know-how built up running department stores would not apply nowadays, J. Front decided to focus on marrying upscale brands like Fendi with a value-added retailing experience. It poured resources into drawing such tenants, and Ginza Six has beauty salons and spas. J. Front is pushing ahead with upending traditional department store concepts by offering men's and women's apparel in the same space, for example.

The complex houses 121 flagship stores out of a total of 241. These include 12 brands that never had Japanese stores before, such as Canadian sportswear company Lululemon Athletica. There are also 65 stores in novel categories, which Ginza Six is playing up to differentiate itself from other Ginza shopping centers.

Foreign visitors have been kept in mind. A first-floor terminal connects to a platform for tour buses where tourists can receive guides, exchange currency and temporarily store their luggage.