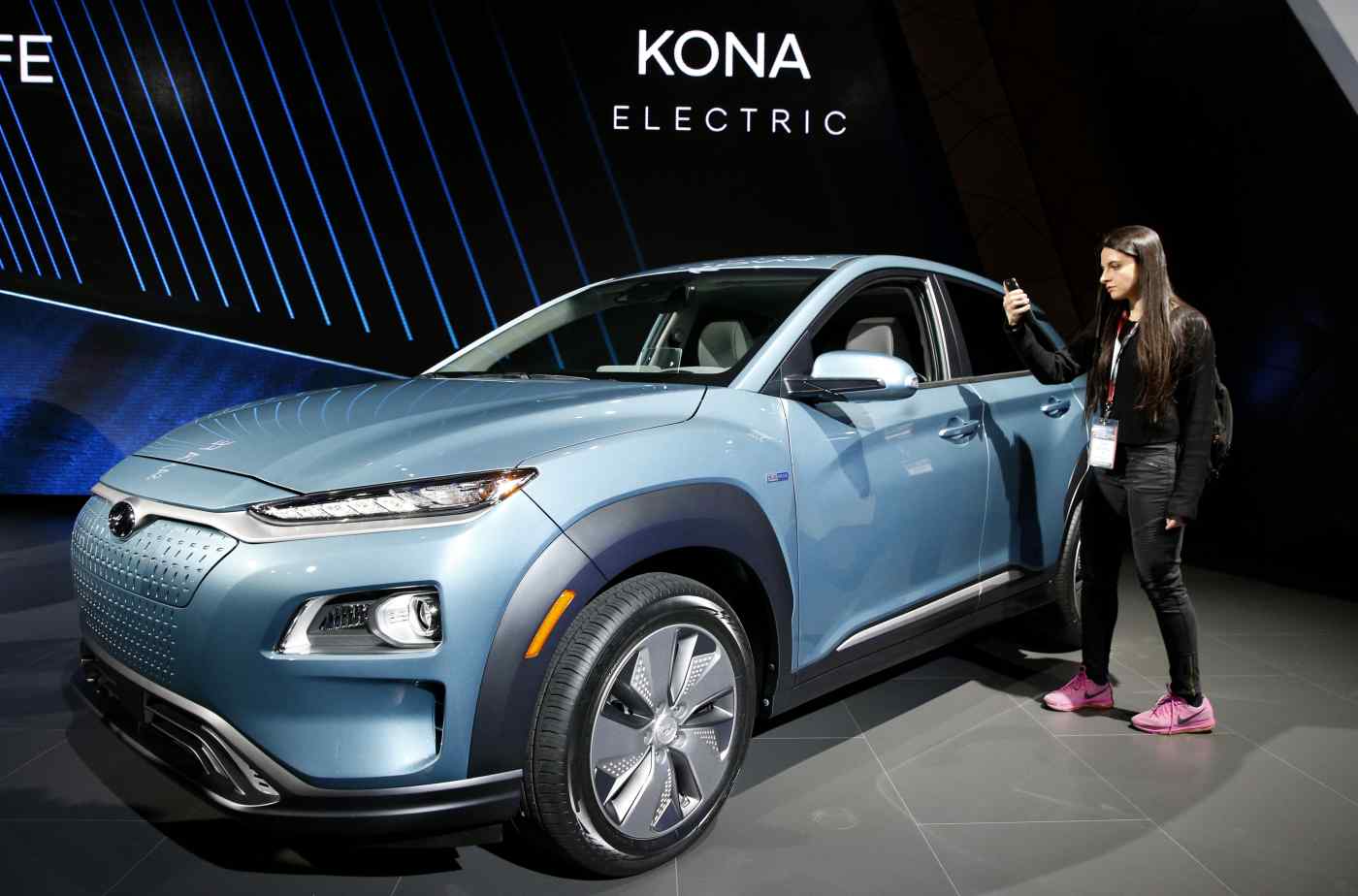 Orders for the electric version of its Kona subcompact SUV have totaled 4,400 vehicles since its introduction in June, already reaching about twice the target of 2,000 the company had set for the first year of its introduction.

Electric cars, including full-blown electrics and plug-in hybrids, represented nearly 40% of Norway's new car sales in 2017. The figure puts the country at the forefront of automotive electrification among advanced nations.

Heartened by the unexpected success, Hyundai aims to renew efforts to push its electric offerings, which so far have failed to make a splash anywhere.

Introduced in 2017 as the centerpiece of Hyundai's European market strategy, the Kona features a rounded exterior design. The electric version was introduced in five markets including South Korea, Germany and France, as well as Norway, starting in January.

The company believes the electric Kona's success was driven by not only a global increase in SUV popularity but also by the model's performance and design.

According to International Energy Agency's Global EV Outlook 2018 report, the percentage of electrics among Norway's new car sales has reached 39%. Auto industry insiders see the country as an advanced market for electrics.

Until the early 2010s, the vast majority of the country's cars were internal combustion engine-powered, many of them diesel. Then an ambitious tax incentive measure was introduced, thrusting the country of just 5 million people into a prominent position.

Also driving electrics' use was the fact that many Norwegian homes are already equipped with a garage with electrical outlets, for heaters to prevent gasoline-powered cars' engine oil from coagulating in the country's severe winter cold. These outlets can be used to charge electric cars as well.

Since its launch in South Korea in January, the Kona electric has won more than 18,000 orders in the country.

Hyundai intends to further reinforce its electric car sales, following their success in the company's home market and Norway.

Battery performance can suffer in the extreme cold of Norway's winter. Therefore, the Kona's success in the Scandinavian country serves as quality assurance for the automaker's electric offerings, possibly providing momentum to their sales in North America, which are set to start in the second half of 2018.

The group's sales are expected to top 40,000 cars in 2018, thanks partly to the release by Kia of the electric version of its flagship Niro small SUV.

Chinese and U.S. makers are leading the market for electrified vehicles, including full electrics and plugin hybrids. China's BYD is the leader in total sales, having sold an estimated 130,000 cars, followed by Beijing Automobile Works and Zheijiang Geely Holding Group, with 100,000 or so units each.

Meanwhile, the Hyundai group has been relatively slow to enter the market. Its full-electric and plugin hybrid sales totaled 47,111 cars in 2017.

Hyundai has laid out a plan to increase the number of environment-friendly models, including hybrid vehicles, to 38 by 2025 from 14 in 2017.