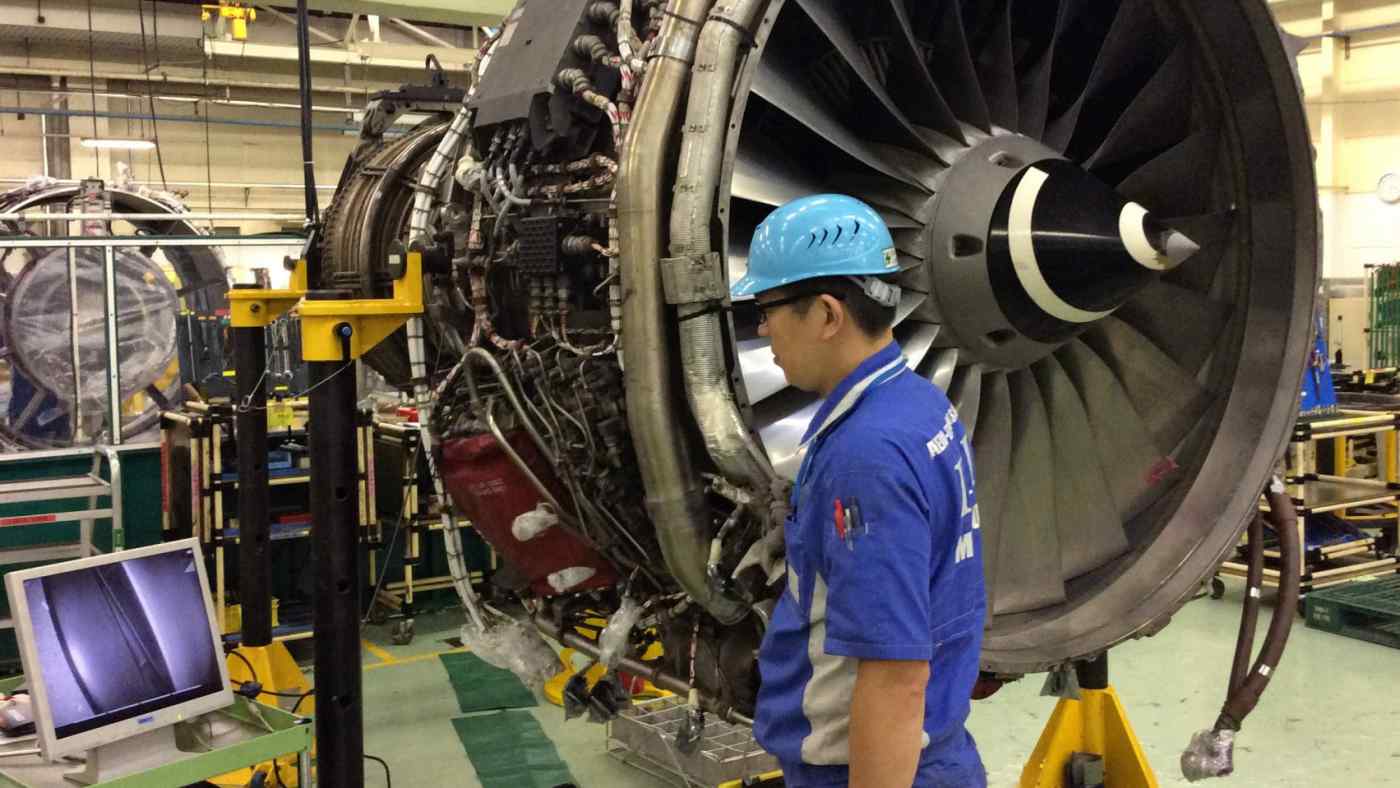 As a start, the company is investing 1 billion yen to 2 billion yen ($9.15 million to $18.3 million) to launch full-scale maintenance service for small-jet engines at its Mizuho plant in Tokyo this month. The facility will service American partner Pratt & Whitney's PW1100G-JM engines, disassembling them and making the necessary repairs or swapping out parts before sending them back to customers. About 70 people will be transferred to the facility from an Aichi Prefecture plant for offshore structures whose shutdown was announced earlier this year.

The Japanese manufacturer plans to install "internet of things" technology at facilities in Fukushima and Hiroshima prefectures, sharing information with partner companies to ensure that parts and tools are supplied at the right time. These investments, along with spending to increase production capacity, are expected to total 28 billion yen.

Aircraft engines cost some 100 billion yen to develop, an investment that can take two or three decades to recoup. Cross-border joint development is common, with such Japanese parts makers as IHI and Mitsubishi Heavy Industries teaming up with the likes of engine manufacturers Pratt & Whitney and General Electric. How much each company contributes during the development phase determines how costs and revenue are split as well as where engines go for maintenance.

Such global engine builders as Rolls-Royce work with airlines and other partners to provide extensive networks of maintenance facilities, helping to retain customers.

"If you don't have maintenance capabilities, you can't expect to get a high participation ratio" during engine development, said Tomoharu Shikina, a director at IHI.

For this reason, Japanese players are boosting jet engine maintenance operations. IHI's revenue from parts sales and engine servicing is split roughly 60-40 today. The company sees the ratio at around 50-50 in 2025.

Boeing expects single-aisle aircraft, with 90 to 230 seats, to account for more than 70% of deliveries worldwide between this year and 2036. Low-cost carriers are jockeying to add more such planes to their fleets. Since these airlines lack maintenance facilities of their own, their ascent should heighten demand for engine servicing by manufacturers.

Japan's aircraft engine industry hopes to use close ties with European and American businesses to its advantage. IHI, Mitsubishi Heavy and Kawasaki Heavy Industries have agreed with Pratt & Whitney to develop engines hitting the market in 2030 or later for next-generation small jets.