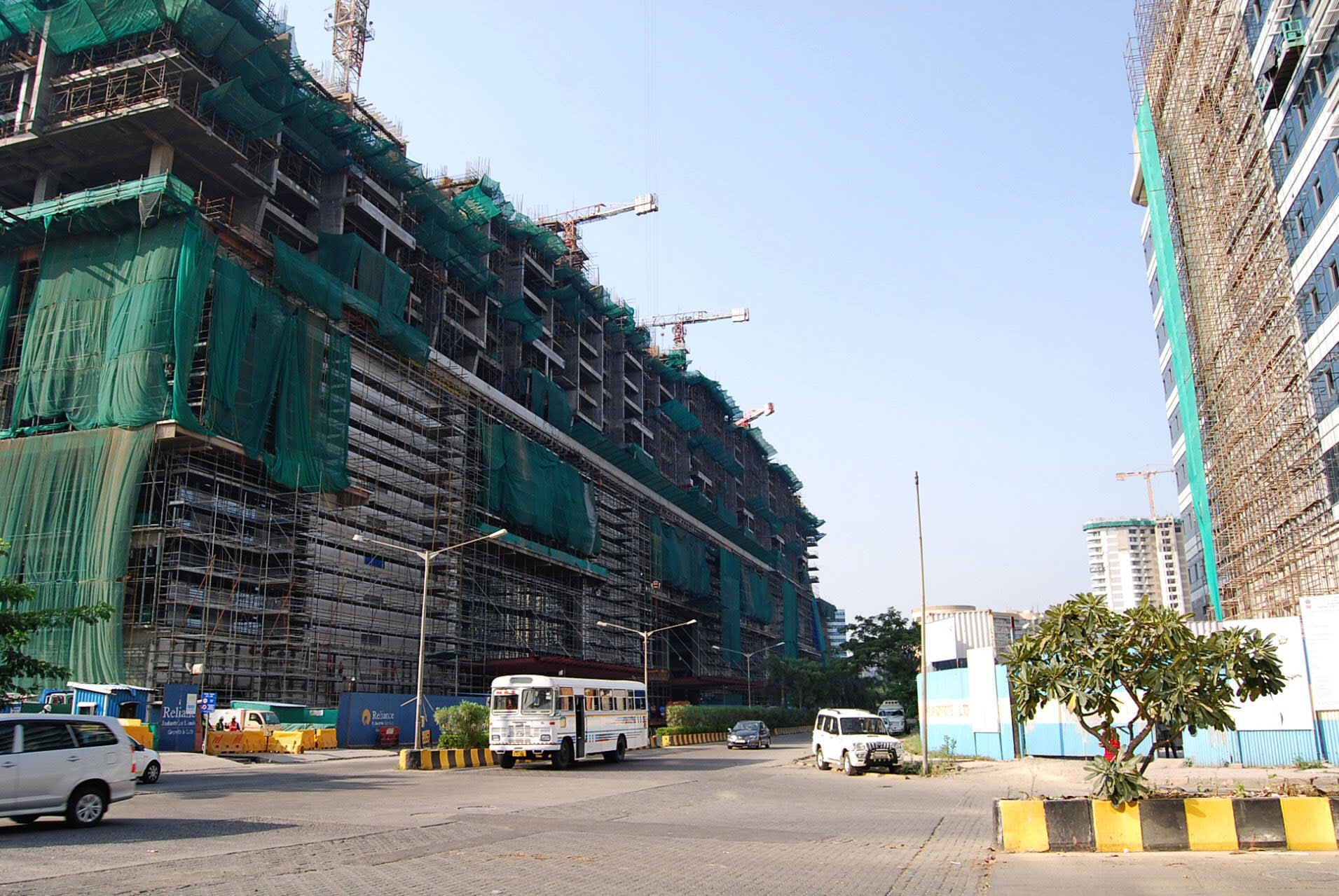 The roughly 2 trillion yen ($17.5 billion) project will connect Ahmedabad, the largest city in Modi's home state of Gujarat, with India's largest city and financial center. The railway, to be served by 12 stations, will shorten the trip dramatically, from seven hours now to just two.

Japanese Prime Minister Shinzo Abe was standing beside Modi at the groundbreaking ceremony for the project in Gujarat in September.

The project has shown that Japan is a powerful partner of India, Modi stressed. Abe responded by saying "this is a historic day."

At the venue where the ceremony was held, a Japanese sign declaring the beginning of a new era in railway travel was erected. The day appeared to symbolize a break from the antiquated rail network dating back to the time of British rule. 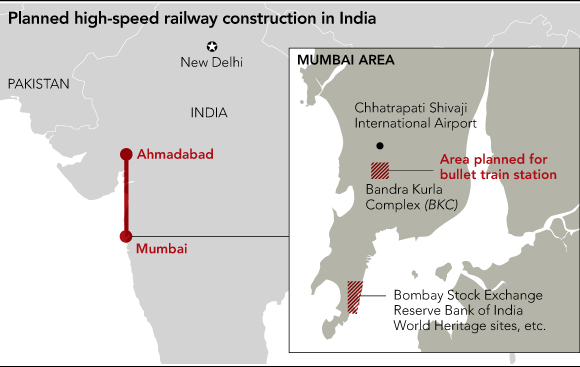 Japan is eager to ensure that its companies get to build the railway, providing India a low-interest yen loan to cover roughly 80% of the project cost.

The Japanese team that includes East Japan Railway, Kawasaki Heavy Industries and Hitachi is expected to win the order. Just prior to talks between Modi and Abe, the state of Maharashtra approved the terminal station for the bullet train in Mumbai's Bandra Kurla complex.

The complex is far from central Mumbai, home to many historic heritage sites. But it is well connected by metro transit systems and is close to an international airport. More and more financial institutions and foreign companies are setting up shop there.

The U.S. company WeWork, which provides shared office spaces, opened its first Mumbai location at the complex in early September. A local marketing staffer expressed hope that the bullet train will bring even more companies to the area. Local startup Clap Global, previously of southern Mumbai, moved its office to the complex.

Conglomerate Reliance Industries is building a multipurpose facility that will house office space, residences and a cinema, and many other projects are underway. The complex, conveniently situated for both air and bullet train travel, is drawing much attention, so much so that it could replace Mumbai's current main business district in the city's south.

Meanwhile, the Modi government aims to bring bullet train service to other parts of the country as well. Potential routes include a link between Delhi and Kolkata in the east, Mumbai to the city of Chennai in the southeast, and a Bangalore-Chennai link in the south.

Japan is bringing together public- and private-sector resources in an effort to win more orders, hoping that the success of the Mumbai-Ahmedabad project will fuel momentum.

Over many years, India has placed a railway technology officer at its embassies in the U.K., Germany and France. It recently decided to assign such an officer to its embassy in Tokyo.

But competition is intensifying. The Chinese are conducting feasibility studies on multiple potential routes in India. The German government has released a statement highlighting German companies' interest in building railways in India. Berlin decided in June to fund a feasibility study.

India boasts one of the world's largest railway networks, totaling over 60,000km in length. But aging equipment has led to many accidents. The Modi government seeks to regain trust in the country's rail system by building a bullet train network that incorporates Japanese technology.

Besides high-speed rail lines, India is moving forward with various infrastructure projects, including the 1,500km Delhi-Mumbai Industrial Corridor. In addition to laying a freight rail, the project envisions building industrial parks and residential buildings along the route. The country also has similar plans for a corridor between Chennai and Bangalore.

With a sever power shortage, the country is launching renewable energy projects to increase generation capacity. Local airports and highways are also being planned.

The key challenge to India's infrastructure ambitions is finding the necessary funds. The Ahmedabad-Mumbai railway can tap Japanese funds, but the Indian government, saddled with a huge fiscal deficit, will not be able to foot the bill for many projects.