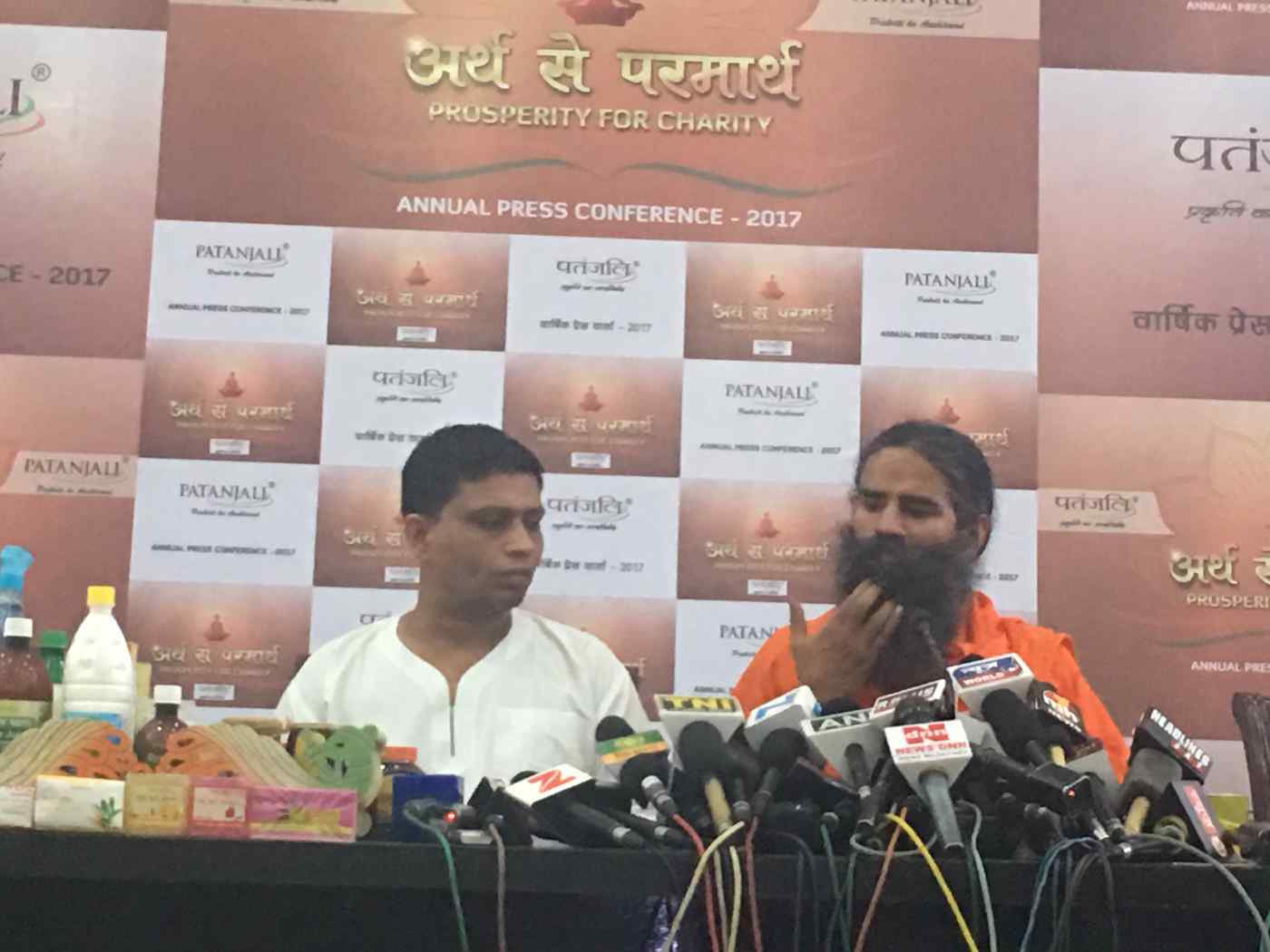 Patanjali's revenue last year soared 110% to 105.61 billion rupees. Baba Ramdev, the yoga guru who co-founded the company and serves as brand ambassador, cited the target of 1 trillion rupees Wednesday during a visit to Ahmedabad in Gujarat state.