Smartphone apps give farmers direct access to markets and advice 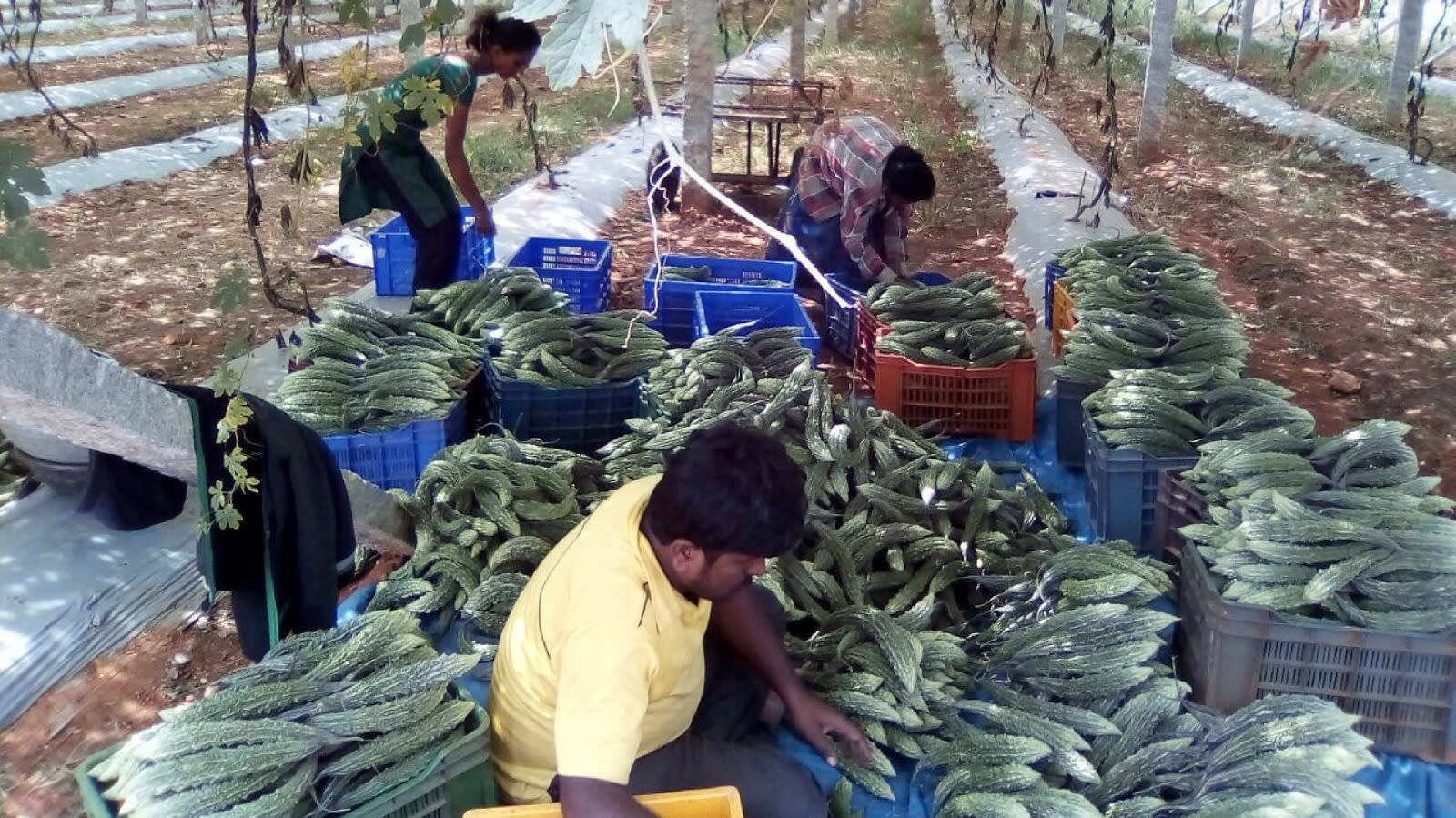 MUMBAI -- Startups are reshaping the landscape of Indian agriculture, a sector that employs half of the nation's 1.3 billion people, by improving traditional farming methods with information technology and new business models.

In the southern state of Karnataka, farmers deliver produce to a pickup point near their fields where it is inspected for size, shape, color and damage. The tomatoes, cumbers and other crops then is then collected at a fulfillment center to be shipped to small kirana shops by truck. Within 12 hours, these vegetables will line grocers' shelves in the state capital of Bangalore.

At traditional markets, wholesalers buy produce by auction. "Farmers can get a lesser price ... and each middleman takes 15-20% out of the value," he explained.

The agri-marketing platform spreads benefits around the table. Farmers pay less in fees to wholesalers. Grocers arranged for goods to be delivered to their door with a smartphone app, saving them the trouble of going to the market themselves. Consumers enjoy fresher and cheaper foods.

"Farming actually is very profitable (when it is done properly)," Thirukumaran said.

NinjaCart works with around 4,000 farmers and 2,400 retailers, handling about 160 tons of food daily. It will begin operations in the neighboring state of Tamil Nadu in June.

India has the world's third-largest agricultural market behind China and the U.S. But most business opportunities go to big corporations like farm equipment makers Mahindra & Mahindra and Kubota or agrochemicals supplier Bayer. Startups are targeting family farms instead, looking to change traditional agricultural methods at the root.

Another app developer, Agribuddy, helps growers cultivate their land more effectively by showing them the best crops, pesticides and fertilizers to use in their area. The company appoints "buddies" who play the roles of adviser and agent to farmers. Buddies gather data such as area under cultivation, type of land, crops, family structures and household income, sharing it with the company via smartphone.

The startup launched this business three years ago in Cambodia and found success there. This past January, it set up a technology center in Bangalore. It will roll out a full-fledged version of the service soon after completing a test in the southern state of Andhra Pradesh.

Without the right knowledge, many farmers plant vegetables unfit for their land, said Vivek Radhakrishnan, Agribuddy's chief technology officer. Agribuddy provides what a farmer needs. "He (a farmer) needs credit, farm input, a guide who guides on him crop cycles and helps sell products."  Radhakrishnan emphasized that productivity could be improved by introducing new methods.

Besides dispensing guidance, Agribuddy will also sell supplies like seeds and fertilizer through its advisers, as well as guarantee bank loans to farmers.

Agricultural startups have begun to garner financial support. Business accelerator Gastrotope was founded by Mistletoe, a Tokyo-based incubator created by Japanese entrepreneur Taizo Son, Indian peer GSF India and consultancy Infobridge. Together with the government of Andhra Pradesh, it will invest 100 million yen ($1 million) in 10 companies that grow, pack or distribute food by June 2019 and offer advice on technological development.

"I truly believe India will be the center of agri-food tech innovation and am very excited. India has amazing talents and engineers, and a vast land and population," said Son, brother of SoftBank Group founder Masayoshi Son.

India has over 600 million farmers, along with quadruple the farmland of Japan at roughly 150 million hectares. Though structural changes are reducing agriculture's contribution to the overall economy, the nation's growing population and economy raise demand for food.

Prime Minister Narendra Modi plans to double rural incomes by 2022, which would translate into higher consumer spending. He also raised government outlays to the farm sector by 13% in the fiscal 2018 budget.

But government support alone is insufficient. Though there is aid for fertilizer, water and electricity, low productivity coupled with unpredictable weather leaves many farmers struggling to repay debts. In March, 50,000 farmers from the western state of Maharashtra gathered to demand loan forgiveness and higher prices on agricultural goods.

Startups see the problems facing India's agricultural sector as an opportunity for growth. "It is hard to find an organized model for providing all of the infrastructure that farmers need," said Naho Shigeta, a member of the Gastrotope team.