For China, it's huge demand, while India goes on an acquisition spree 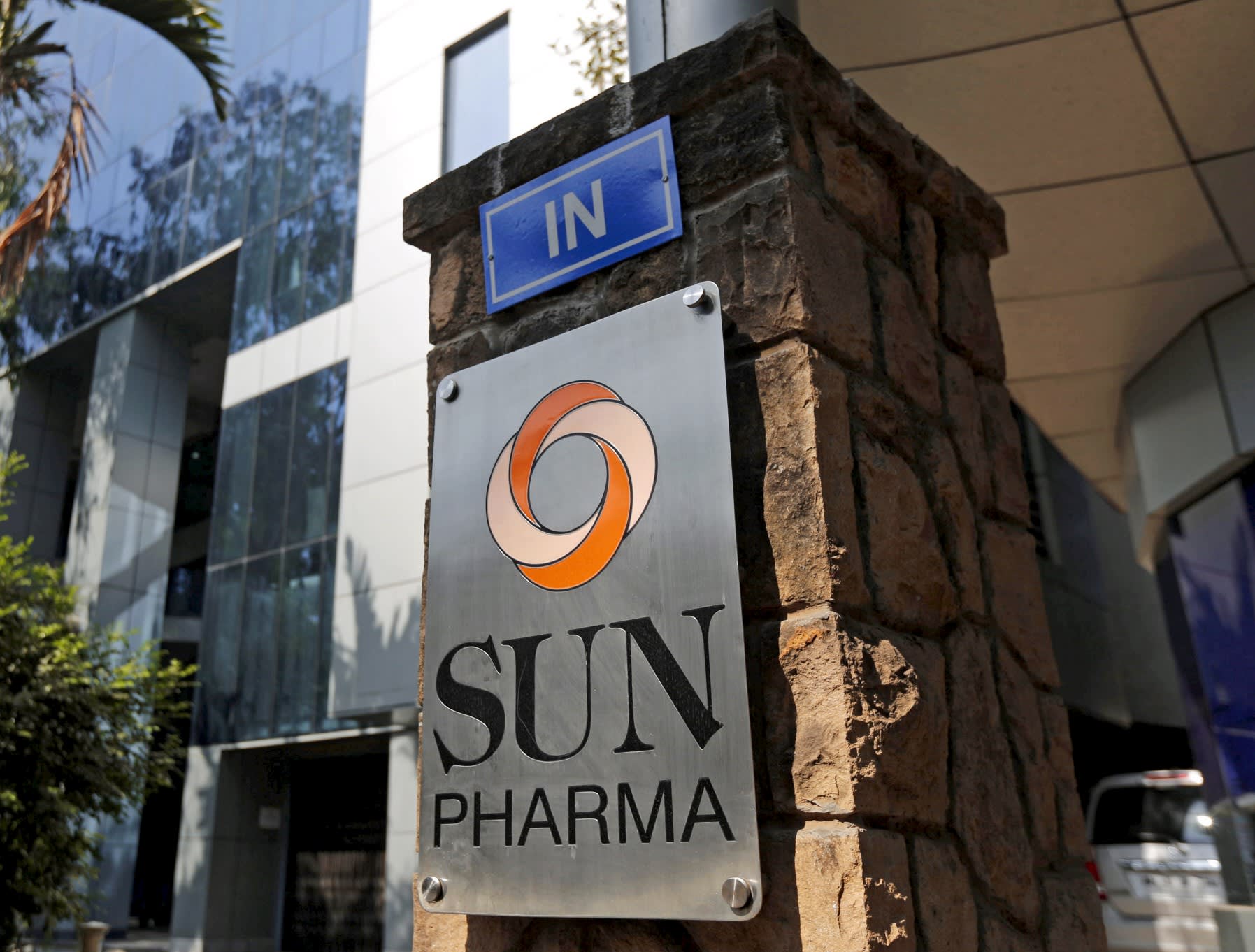 TOKYO Chinese and Indian drugmakers are rapidly rising in prominence in Asia.

Indian names, including Sun Pharmaceutical Industries, dominate the top sales rankings for Asian pharmaceutical companies. Much of this has come from aggressive pushes into overseas markets such as the U.S. through mergers and acquisitions.

Chinese companies, meanwhile, are expanding their sales mostly within China, a market that has been on the rise as its population ages and incomes grow. There are now four Chinese drugmakers with market capitalizations of over $10 billion. There were none five years ago.

Asia's drug market has been expanding fast. The combination of large populations and rising incomes is drawing attention from makers the world over. According to Quintiles IMS Holdings, an American consultancy specializing in the pharmaceutical industry, China last year overtook Japan as the world's second largest drug market, worth $116.7 billion. The U.S. remains the biggest market. Since 2011, India has climbed two places to 11th. Both the Chinese and Indian drug markets are growing at an average 12% annually. Markets in leading Western countries are mostly growing at single-digit rates. 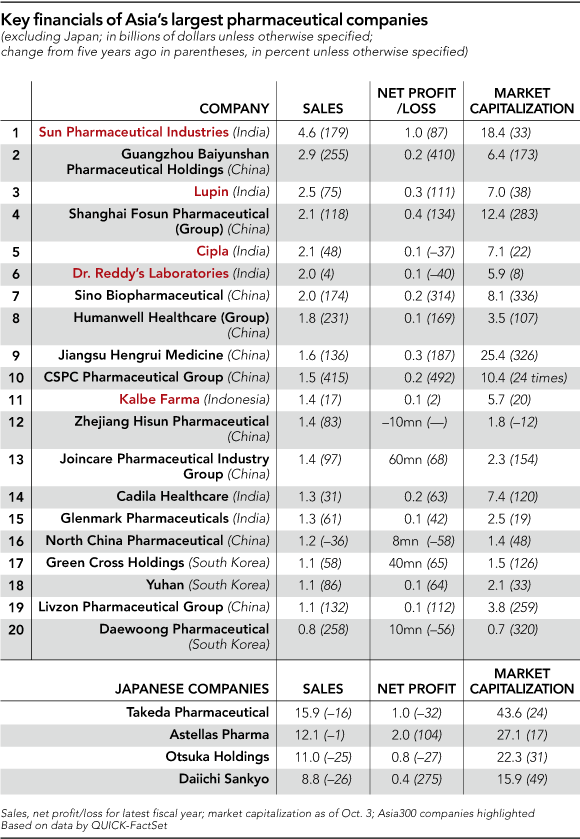 Sun Pharmaceutical, which topped the sales ranking, had $4.6 billion in sales in the year to March. The company's sales have grown 2.8-fold in the past five fiscal years thanks to a series of acquisitions, including that of domestic rival Ranbaxy Laboratories in 2014. As a maker of generic or patent-expired drugs, the company is now one of the world's top five drugmakers.

Sun Pharmaceutical makes 70% of its sales outside of India. Taiki Motoda of Mizuho Bank's industry research department said: "Generic drugs all have the same effect, and it's a battle of cost. [Sun Pharmaceutical] took advantage of low labor costs at home and boosted its overseas presence."

But the situation might become more difficult for Indian companies operating in the U.S. Price competition has been intensifying in the U.S. since last year's presidential election, in which the lowering of drug prices became a campaign issue. Sun Pharmaceutical struggled in the U.S. in the 12 months to March.

HOME ADVANTAGE Chinese drugmakers held six of the top 10 spots in the sales ranking for Asia. Their sales are growing at faster rates than those of their Indian rivals. Some, such as Shanghai Fosun Pharmaceutical (Group), in fourth, and Guangzhou Baiyunshan Pharmaceutical Holdings, in second, saw sales more than double and even triple in the past five years.

Four Chinese drugmakers, including Shanghai Fosun, Jiangsu Hengrui Medicine and Shanghai RAAS Blood Products, which ranked 60th by sales, had market capitalizations of over $10 billion. Though they are often eclipsed by major Western and Japanese rivals in terms of sales, they still receive high valuations by investors. "Chinese pharmaceutical companies are doing well chiefly thanks to their own expanding market," Mizuho's Motoda said. On top of rising income levels and an aging population, these makers are benefiting from the Chinese government's efforts to reform the industry, such as simplifying the process of approving new drugs. Most major Chinese drugmakers make less than 10% of their sales overseas; their domestic market guarantees growth.

South Korean companies are increasing their presence, too. The ranking included Green Cross Holdings, 17th, Yuhan, 18th, and Daewoong Pharmaceutical, 20th. Celltrion, despite being below 30th, has launched various new drugs in developed countries, including a rheumatoid arthritis drug in the U.S. and a blood cancer drug in the U.K. and Germany.