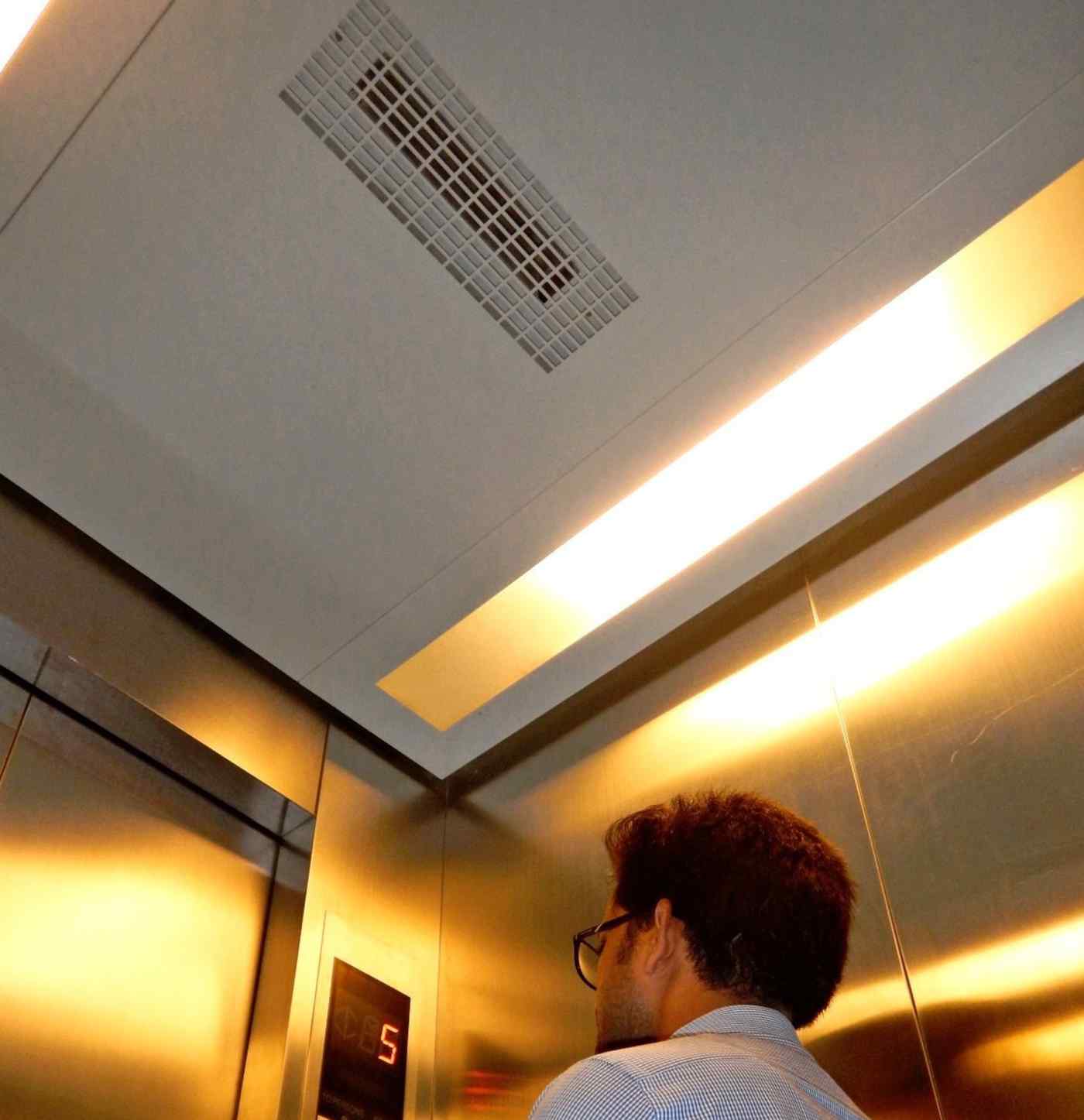 TOKYO -- The Indian elevator market is growing fast as the government pushes to increase the supply of apartments for the rising middle class. To capture the robust demand in the world's second most populous country, domestic and foreign elevator companies are scrambling to broaden their lineups.

Make in India by Japanese

The company is supplying about 70 elevators for a large condominium project whose construction has entered a critical stage. The property will offer around 1,500 homes in a neighborhood 30 minutes away by car  from office areas.

Mitsubishi Electric opened a local factory last year, and builds there the Nexiez-Lite line of products designed specifically for India. The company had shipped them from Thailand but has now switched to local production.

The elevator comes with a feature to let passengers out at the nearest floor in case of a power outage -- as a standard package. It also comes with an option of air conditioning that funnels winds from the ceiling, given the country's hot weather. A man from Mumbai commended the comfort and quiet of the system.

Mitsubishi Electric holds about a quarter of the Indian market for elevators in luxury buildings. But in the broader elevator market, its portion is only about 3%, which it seeks to raise to at least 5%. "We have to target mid-range price points," said the head of the Bangalore factory.

Locally produced mid-range models, limited in features like fast transport and soft stops, have simple interiors and are 10-20% cheaper. Mitsubishi Electric will increase sales locations to 23 by the end of 2017, up from 15 in fiscal 2015, by opening sites in newly emerging cities.

Mitsubishi Electric predicts that the Indian market for elevators and escalators, which is about 50,000 units a year, will grow by half over the five year period ending fiscal 2020 -- faster than anywhere else in the world.

As income rises for the Indian middle class, demand for housing is on the rise. Prime Minister Narendra Modi's government has pledged a spending program to supply 30 million homes.

India has been notorious for the difficulty of land acquisition, especially in areas where opposition parties are strong. But things have started to shift thanks to gains by Modi's Bharatiya Janata Party, observers say.

Fujitec, whose mainstay lineup of elevators consists of mid-range and high-end models, plans to double the capacity of a plant it opened in 2011 in the southern city of Chennai to 2,000 units in fiscal 2017.

Major elevator companies around the world are moving into India as well. Kone from Finland has rolled out an India-specific model, and Germany's Thyssenkrupp will open a plant this year, with the goal of increasing capacity to 10,000 units a year by 2020. Schindler group from Switzerland plans to set up a research and development site in India.

Meanwhile, Indian company Johnson Lifts will take on competition from the many foreign players. The Chennai-based company is the market leader with 2016 sales of about 11,000 units. Although it has focused primarily in low- and medium-price offerings, it is bolstering its high-end lineup via a joint venture with Japan's Toshiba  Elevator and Building Systems. The two formed a capital partnership in 2012.

At a building under construction in Mumbai, the joint venture will provide upscale elevators for public use, and Johnson Lifts will provide cargo elevators.

Johnson Lifts builds escalators as well, so the company can offer them in bundles with elevators, said a proud John K. John, chairman of the company. He noted that domestic companies have an edge in winning infrastructure projects, as Modi has a "Make in India" policy to develop the manufacturing sector.

India is the hot market now thanks to its notable growth prospects compared with other emerging markets like China and Southeast Asia.

China accounted for some 60% of the global market for elevators in fiscal 2015 -- by far the largest in scale with annual sales of 640,000 units. But its growth through fiscal 2020 is projected at around 20% -- less than that for India.

Thailand, a major Southeast Asian market, is also hitting a ceiling. Mitsubishi Electric, which started operating there in 1977, is the market leader with a share of around 30%.

But with growth seen slowing, the company is now focusing on maintenance of the 15,000 or so elevators it has installed in the country. It will increase its service sites from 23 now to 30 by next year, and increase staff by 40 or so a year.

Hitachi in January created an educational facility in Thailand to train mid-level engineers for the Southeast Asian elevator business.

Southeast Asia still has some fast-growing markets, like Myanmar, Laos and Cambodia, that could become hot battlegrounds in the future.