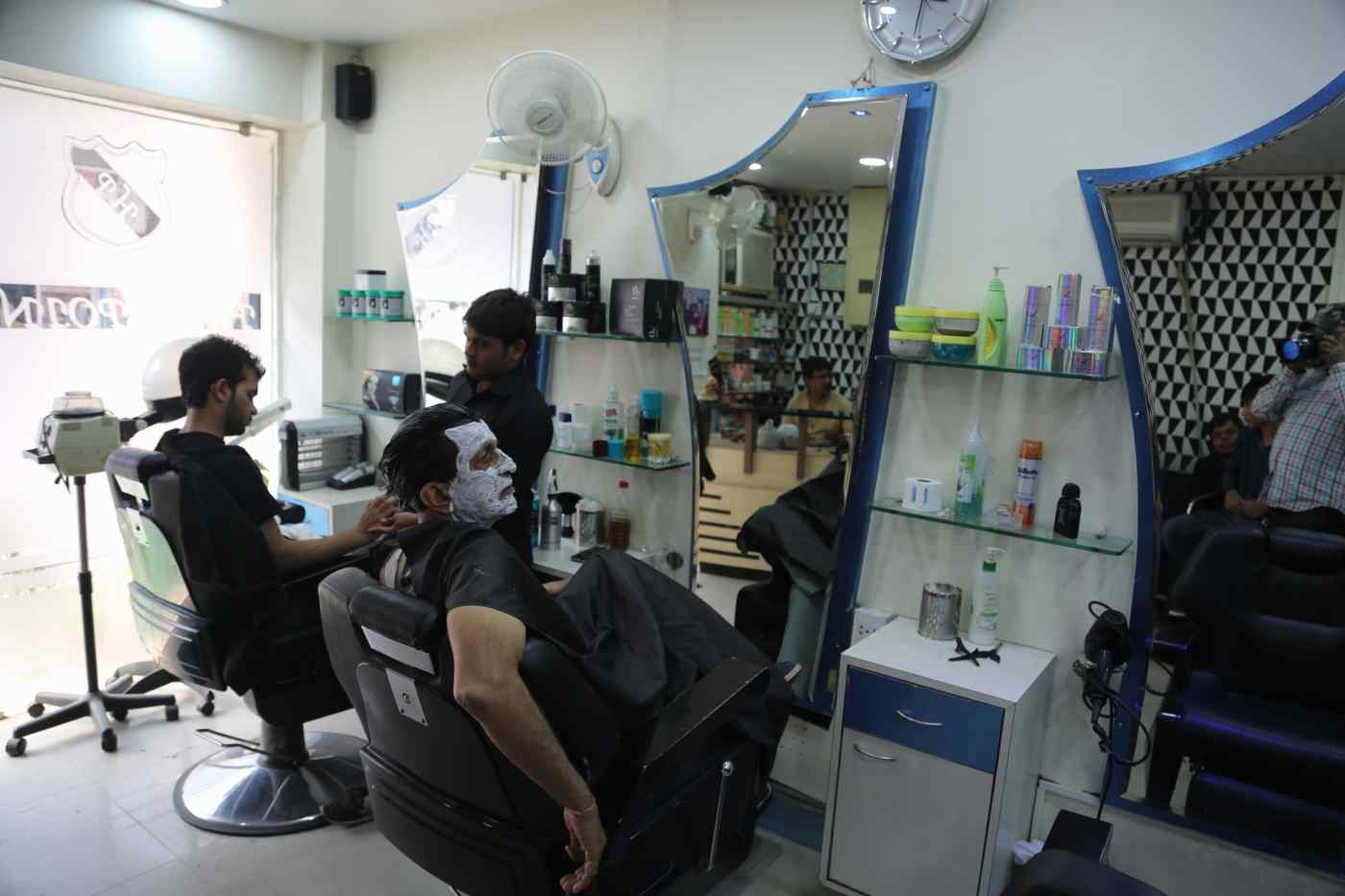 NEW DELHI   For Amit Sexena, a leisurely haircut at his local air-conditioned salon is a bimonthly ritual that he follows up with a head massage and a face wash. But this is just the start of the 32-year-old property salesman's grooming regimen. "For me, grooming is both a vanity and a necessity," he said.

"With the right look, you get self-confidence and present yourself better -- a vital asset in my business. Besides salon expenses, I spend an average of 800 rupees ($12) a month on things like deodorants, aftershaves, clippers and sun shade creams. Hair conditioners are a must to protect the hairstyle from the daily motorbike commute."

Companies are cashing in on the growing market for men's grooming in India. According to a study by Euromonitor International, a U.K.-based consultancy, the Indian market is worth approximately $600 million and has been expanding at a compound annual rate of 11%. Most of the growth is in the eight largest Indian cities and the larger second-tier urban areas. The global grooming market, for comparison, is estimated to be worth $33 billion a year.

"There is a realization among the urban consumer that personal care is important for men," said Satyaki Ghosh, director of the consumer products division at L'Oreal India, a unit of the French cosmetics group. "This is backed with higher disposable income. In the men's grooming market now, products that go beyond just hygiene such as soaps, and utility such as razors, are reaching critical mass." Male customers are finding a wider range of grooming products in Delhi. (Photo by Ninad Sheth)

"Back in 2009," Ghosh said, "Garnier [a L'Oreal hair and skin care brand] was first to identify the enormous potential and opportunity in the men's grooming category, when it was just at 2% compared to the female personal care segment. Today, it is almost 10% and growing."

Almost every week, new men's grooming products hit Indian stores. Deodorant is the fastest-growing segment, perhaps unsurprisingly in this hot and crowded country. According to a report by the India Brand Equity Foundation, a government-funded promotion body, at least 900 brands of deodorant are on sale.

"Super Aware, Super Groomed," a 2015 report by U.S. consumer research company Nielsen, estimates that Indian deodorant sales grew at a staggering 40% in the fiscal year ending in 2015. In value terms, the deodorant market is estimated at $150 million.

There is a deeply entrenched desire in India for fair skin, which is widely seen as more desirable than a darker complexion. This has spawned a market for fairness products that is valued at $80 million a year. According to a Nielsen survey published in the first quarter of 2016, the market leader with 66% of sales is the Indian brand Fair and Handsome, made by Emami, a conglomerate with businesses ranging from consumer goods to hospitals. Unilever, the Anglo-Dutch consumer goods group, accounts for about 28% of sales with its Fair & Lovely Max Fairness brand.

Goenka said the company will release a new version of its flagship cream this year, and that it plans to continue working with Bollywood stars to promote its products.

OFF TO THE SALON   Not long ago, haircuts for Indian men usually amounted to a quick trim in a small neighborhood barbershop. Times have changed. Younger men now sport a dazzling variety of hairstyles and colors, and fancy salons are appearing in almost all major towns -- many backed by overseas investors.

Everstone Capital, a Singapore-based private equity firm, has invested in the Bangalore-based hair care chain R&R, which runs about 25 salons under the You Look Great brand. Truefitt & Hill, a London-based chain, has opened nine salons in India. These high-end salons charge about 2,000 rupees for a cut -- a price once unheard of in India.

"There is a sizable section of urban India that desires top-end, world-class grooming at luxury salons such as ours," said Istayak Ansari, a director of the Indian subsidiary of Truefitt & Hill. "We have six salons presently in Mumbai and Delhi and plan to open eight more in 2016, including in cities like Bangalore."

Analysts think the Indian grooming market could well double in value in the next five years, in part because the penetration of goods such as fairness creams and services such as salons is still very low. Men's fairness creams and face washes have less than 5% penetration in stores, according to the Indian Market Research Bureau's household panel. For deodorants, the figure is less than 10%.

New product categories are being introduced, including some based on ancient Indian wellness traditions such as ayurveda. Patanjali Ayurved, based in Haridwar, in the northern state of Uttarakhand, markets a range of herbal and mineral products.

New sales channels are also emerging in men's grooming, with direct marketers such as U.S. groups Amway and Avon pushing their products on Indian doorsteps. Online sales traffic is picking up rapidly. Snapdeal, an Indian e-commerce marketplace, said in a recent survey that men buy about twice the number of electronic grooming products such as razors through its website as women. The Man Company, an online subscription-based grooming products platform based in Gurgaon, near New Delhi, has attracted about $140 million in funding.

The combination of India's young population and the ever-widening array of grooming options could help to sustain the sector's momentum. As the founders of The Man Company put it on their website: "Indian men ... are expected to sweat, and smell like real men do. Well, not anymore. We are bringing the groomed men back. It's time to be full of ourselves. Gentlemen, let's preen up."