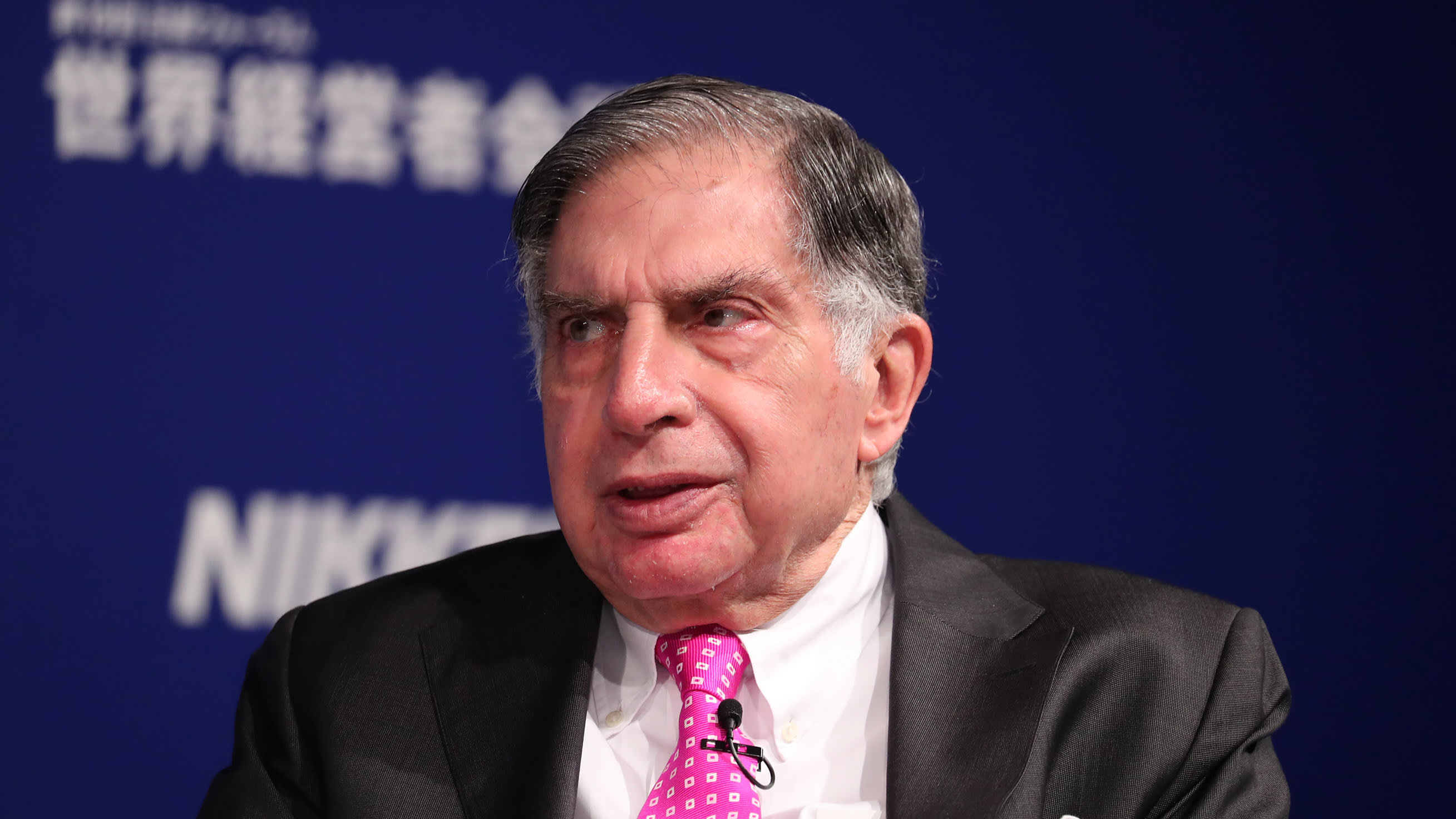 The very concept of globalization is being called into question. The tides of populism, protectionism and terrorism are rising worldwide. And yet, this tumultuous era is also generating tremendous opportunities. At the 19th Nikkei Global Management Forum, 13 corporate leaders and experts shared their ideas under the theme "Creating opportunities from disruptive innovation."

The event, held in Tokyo on Nov. 7-8, was sponsored by Nikkei Inc., IMD and Harvard Business School.

India and Tata group, one of the country's largest conglomerates, have both experienced dramatic upheavals of late. Ratan Tata, the group's former chairman, said he welcomes these changes, and that further disruptions will propel the nation to bigger and better things.

Tata group went through a major management shake-up back in February, in what was regarded as a boardroom coup involving Ratan Tata himself.

Natarajan Chandrasekaran, then the CEO of Tata Consultancy Services, took the reins, and on his watch the group has sold its troubled consumer telecom operations to Bharti Airtel -- India's largest mobile services provider. It also agreed to merge its European steel business with Germany's Thyssenkrupp.

"On the telecoms side, during the four years [under the previous management], we urged the leadership to take a decision, but there was none," said Tata, now the chairman of Tata Trusts. "We generated losses of about $2 billion. The current leadership has solved the problem once and for all. Tata Motors cars are displayed at the Indian Auto Expo in Greater Noida on the outskirts of New Delhi. (Photo by Shinya Sawai)

"The joint venture with Thyssenkrupp, without a large loss of jobs, has defused an otherwise unfortunate situation which would have emerged," he continued. "If you look at what Mr. Chandrasekaran has been able to do in the last seven to eight months, it has been considerable compared to the four years that preceded it."

Tata praised Chandrasekaran as a fast mover. "The new leadership is much more action-oriented in dealing with the problems."

Tata offered four examples of how Chandrasekaran's productive stewardship has carried over. One was sorting out a payment dispute between Tata group and Japan's NTT Docomo, which had moved to withdraw from a foundering telecom joint venture. In March, the Indian conglomerate agreed to rescind its objection to an international arbitration court's decision to award Docomo $1.17 billion in compensation.

Two other examples were the sale of its consumer telecom operations to Bharti Airtel and the joint venture with Thyssenkrupp.

The fourth was Tata Motors' headway in stopping a market share decline.

The patriarch said he is open to discussing a restructuring of Tata Motors with Chandrasekaran if "he desires." "What he has in mind, I don't know, but when he [proposes a plan] it will be subject to discussion and consensus."

Butschek has courted unpopularity by letting go of some senior executives to create a "lean, accountable" organization. He has also set up a "war room" to monitor performance.

There is more to be done, Tata said. Chandrasekaran "has some rationalization, restructuring in mind. We will have to wait and see how his short- and long-term ideas [take shape]."

The former chairman laid out some potential new fields for Tata companies, including aerospace and defense, value-added information technology services like data analytics, and medical research. He also called on other companies to follow the group's lead in embracing disruption.

This is difficult but necessary, he said. "We should allow that to happen and allow ourselves to reinvent businesses."

Saying he hopes for disruptive changes "in the form of technology or applications, not disruptive in the form of regulation," Tata emphasized. "I, for one, welcome disruption in a positive and constructive sense."