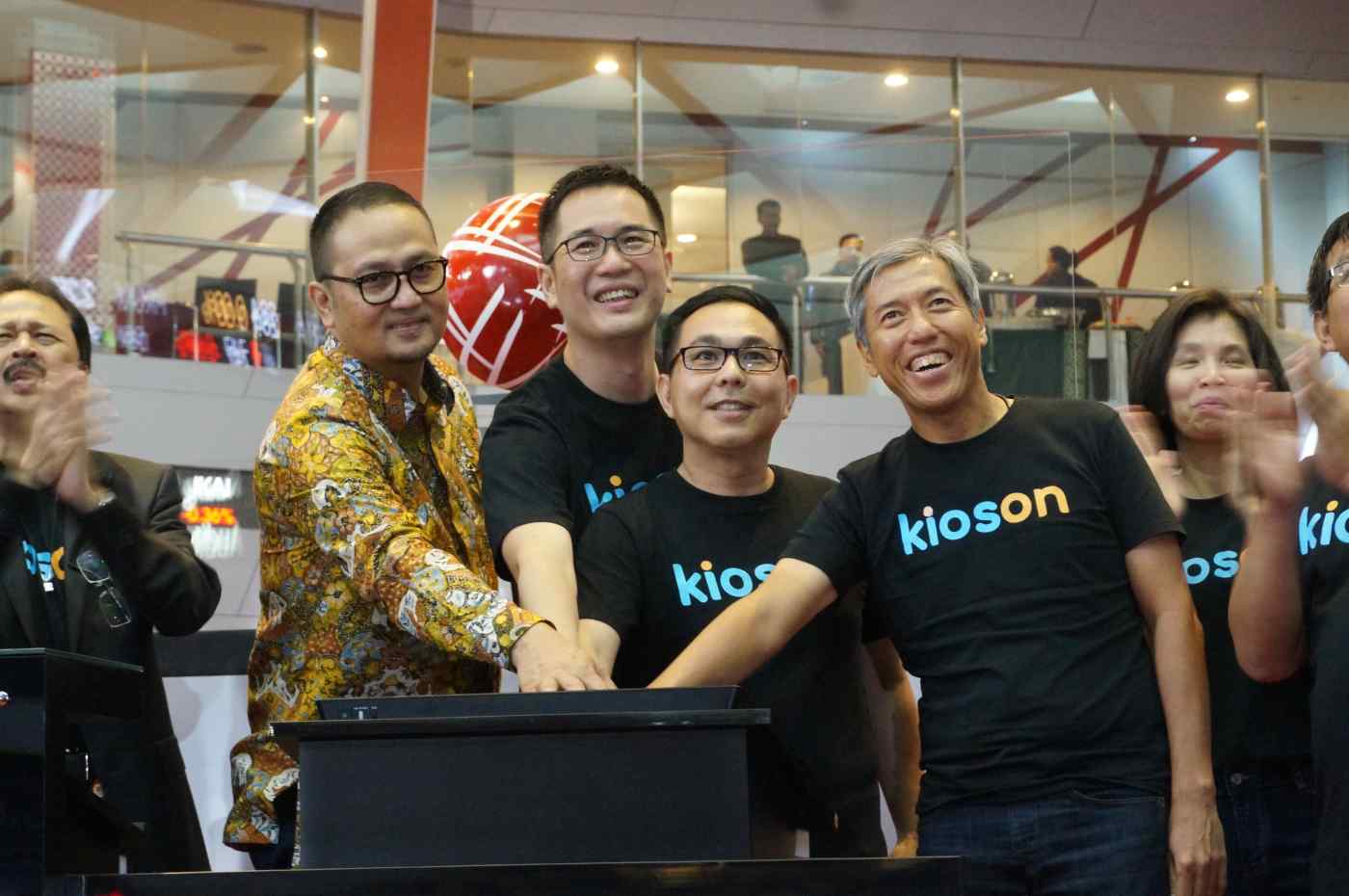 Kioson provides a shopping app for mobile devices to small kiosk owners, who gather requests by residents in their neighborhood and order them through the app. Kioson carries out the transaction using money deposited by the kiosk owners. The service allows shoppers to access e-commerce in more rural communities, where smartphone penetration is low and delivery to homes is a major obstacle. Kioson said it had more than 15,000 kiosk partners in 384 locations as of April.

The company raised 45 billion rupiah ($3.4 million) by selling 23% of its shares. The offering is small, but gives retail investors the opportunity to tap into the country's burgeoning startup industry where valuations are being driven by deep-pocketed investors. Chinese e-commerce company Alibaba Group Holding is spearheading this effort, pouring capital into some of the country's largest players such as Tokopedia and Lazada.

"A lot of startups are becoming unicorns and those who benefit are the big institutions and finance companies," said Jason Halim, Kioson's president. "This can give an opportunity for retail investors to take part." He said the offering was oversubscribed by more than 10 times.

The move also comes as smaller players are struggling to compete against companies funded by big investors. Kudo, which operates a business model similar to Kioson, was acquired by Southeast Asian ride-hailing app Grab earlier this year for an undisclosed amount. Didi Chuxing, the Chinese ride-hailing app, is a major investor in Grab.

"I think this gives a very positive situation for the Indonesian startups because they can now look at alternative funding," said Halim, adding that the Indonesian stock market is "a greenfield with huge potential." He said more startups disclosing financial data can "disrupt valuations."

The IPO is a small victory for the Indonesian bourse, which is considering setting up a listing board dedicated to technology companies. Tito Sulistio, president of IDX, called on other startups to follow Kioson's footsteps by going public "by the end of this year."

Local brokerage Sinarmas Sekuritas was the sole underwriter for the IPO.