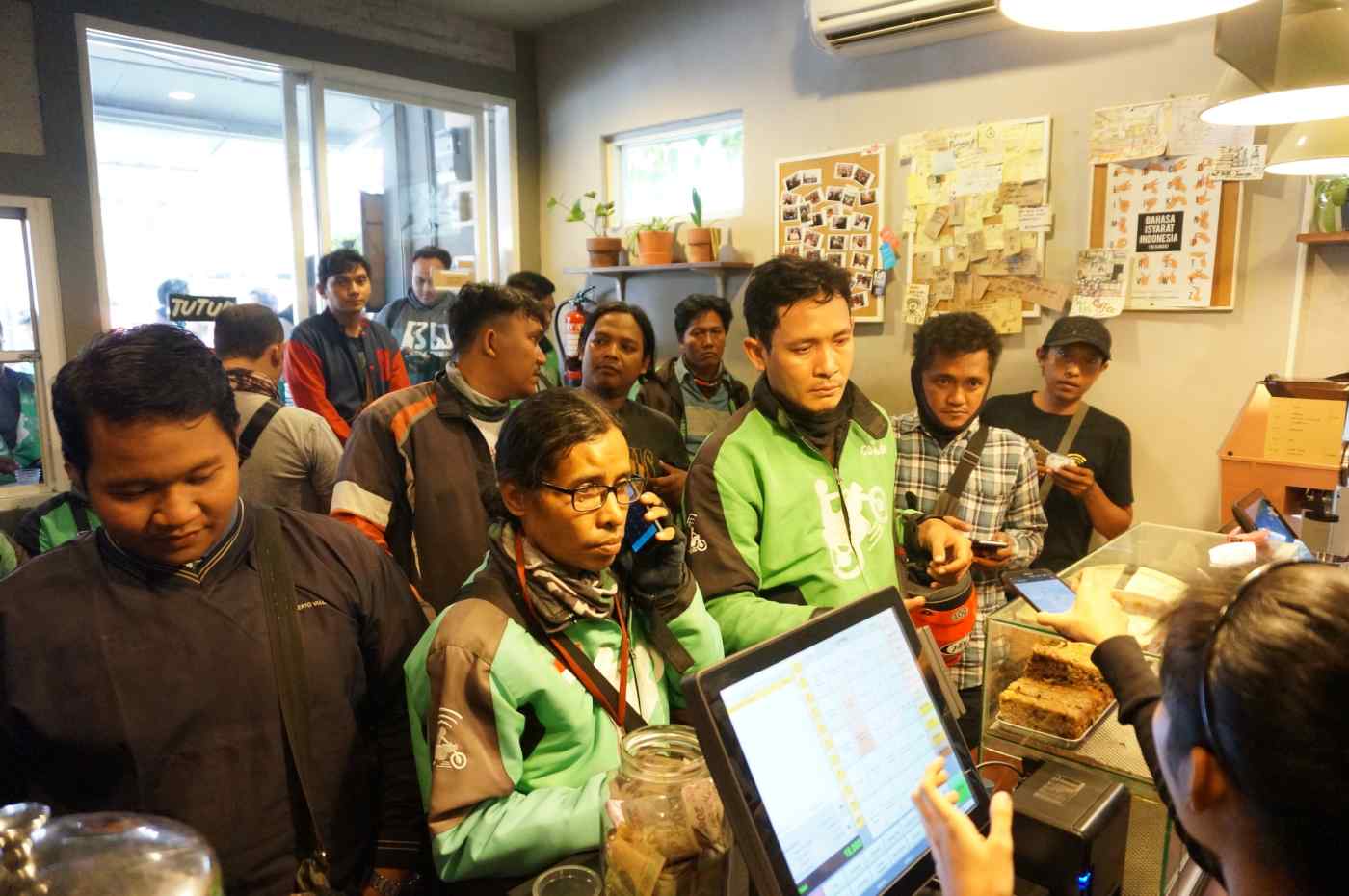 JAKARTA -- On a typical afternoon, motorcycle drivers wearing green jackets flock to a tiny coffee shop called Tuku in south Jakarta. They will wait in line -- sometimes for more than an hour. As soon as they receive their order, they jump back onto their bikes and drive off to deliver cups of the shop's ice coffee to their waiting customers. A staffer at the shop said the delivery people began flooding in about a year ago, making the store so popular that it had to stop taking orders after 3 p.m. 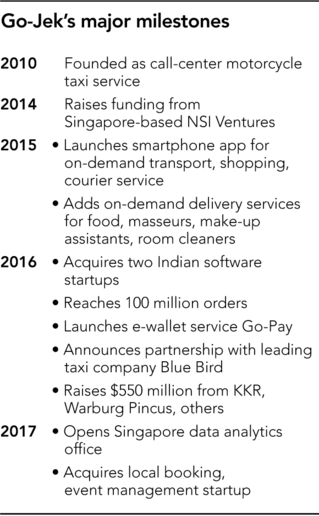 The drivers work for food delivery service Go-Food, part of the on-demand smartphone app Go-Jek. The business is emerging as a new pillar for the country's most valuable startup, as its core motorcycle taxi service faces intense competition from foreign rivals Uber and Singapore-based Grab. Since its start in April 2015, Go-Food has quickly taken over as the market leader, expanding into second-tier cities and partnering with popular chains. Other players have struggled to compete -- for example, foodpanda, a foreign competitor once backed by Rocket Internet, reportedly shut down operations last October.