JAKARTA -- Indosat, one of Indonesia's biggest telecommunication providers, reported a swing to net profit in the first three months of 2014, helped by a divestment of shares and currency gains. 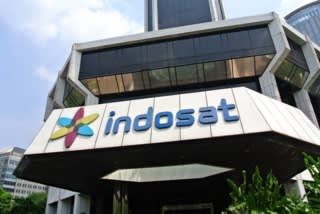 On Thursday the company reported a net profit of 800 billion rupiah ($70 million), compared with a net loss of 71 billion rupiah for the same period last year. The turnaround after recording a full year loss in 2013 was made possible by selling a five percent stake in communications tower provider, Tower Bersama, which pushed up its net profit by 413.7 billion rupiah. A recent recovery in the rupiah against the dollar, which declined more than 20% last year, also boosted its foreign exchange gains.

Meanwhile, revenue fell 0.3% year-on-year to 5.7 trillion rupiah, as competition with other big players, such as state-owned Telekomunikasi Indonesia, for mobile subscribers intensified. Revenue from its cellular division dropped 2% to 4.6 trillion rupiah.

Indosat shares rose by three percent on Friday following the earnings report. But Aditya Eka Prakasa, an analyst for Bahana Securities, says the rise is mostly due to their low valuation rather than its prospect for growth. "Indosat is lagging behind rivals on the modernization of their network infrastructure, which is key to growing mobile customers," said Prakasa. "Competition will continue to be intense, and its fundamentals still look weak.