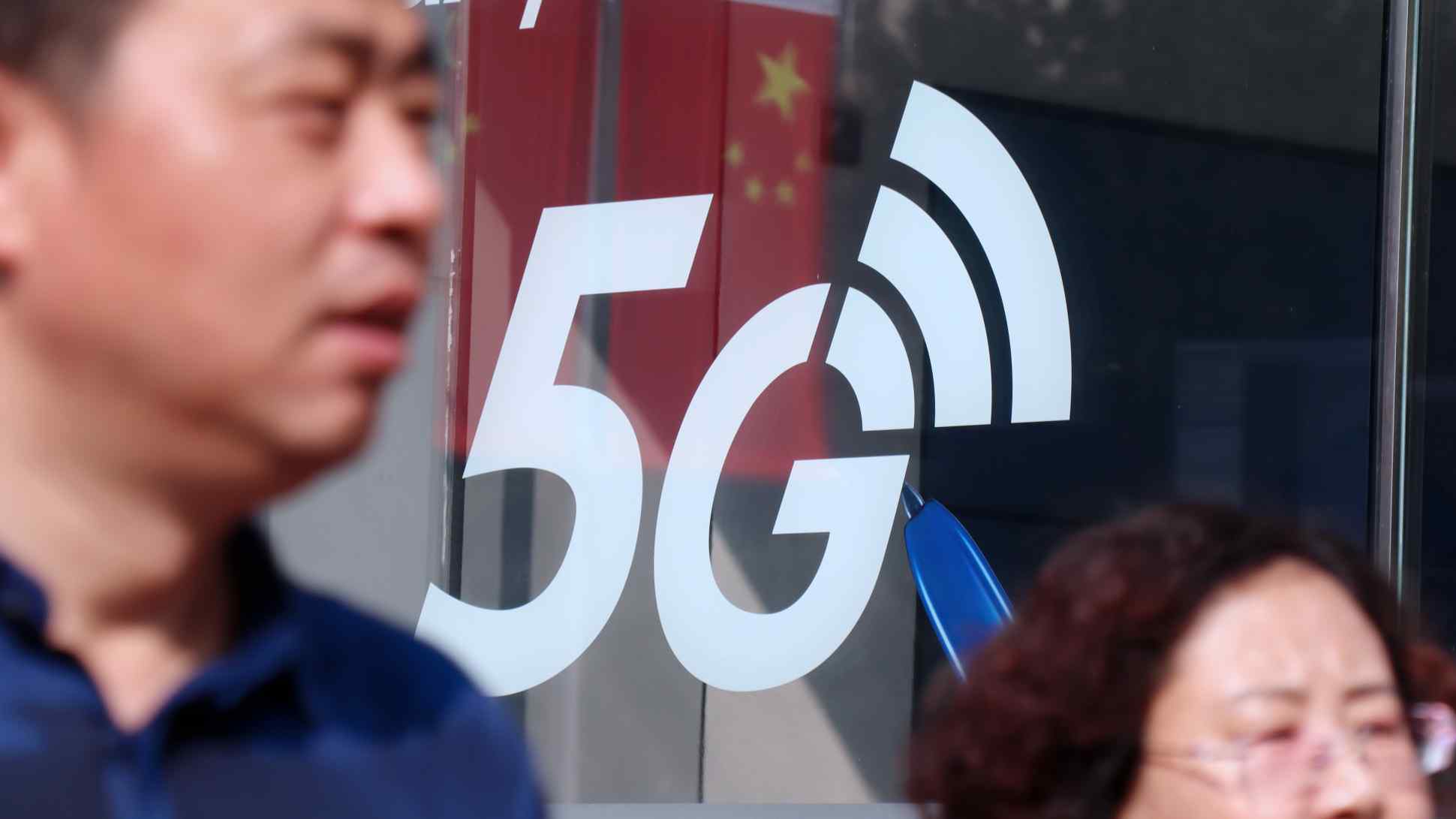 China is expected to invest more than $150 billion in 5G by 2025, according to Goldman Sachs. (Photo by Ken Kobayashi)
Industry in focus

TOKYO -- On a bright day in late November, a dozen Japanese businesspeople in black suits gathered in Tokyo. Despite the funereal attire, they were there to hear about the birth of a lucrative new industry: 5G.

Liang Hua, the chairman of China's Huawei Technologies, had come to tell them how quickly his country was installing the lightning-fast telecom networks (well ahead of schedule) and how much money was on the line (billions upon billions of dollars).

Researchers and executives from universities and companies like Fujifilm Holdings, Sony and Mitsubishi Heavy Industries listened as Liang regaled them with eye-popping numbers and promises to "further develop our supply chain with Japan."

China has much to gain from Japan, as it rushes to out-gun the U.S. in the 5G market. In turn, Japanese suppliers are seizing an unexpected opportunity in the superpowers' interminable trade and technology war.

Blacklisted by the Trump administration, Huawei has steadily shifted procurement elsewhere. Japan has already benefited. Liang said the Chinese company spent 780 billion yen ($7.2 billion) in the country from January to September -- 60 billion yen more than last year's total -- and suggested there is more to come.

Japanese suppliers, for their part, are cranking up output to prepare for the coming 5G boom. Many are obscure businesses that provide materials and components that big brands like Huawei cannot live without. Tokuyama is one. Founded in 1918, it controls 75% of the global market for high-purity aluminum nitride, an essential ingredient in heat-dissipating materials that prevent semiconductors from running too hot. The company is enhancing its main plant in southern Japan to increase capacity by 40% next April.

Yoshiyuki Yamamoto, general manager at Tokuyama, is counting on a surge in demand, especially for data centers. "5G will increase data consumption," he said. "As a result, there will be more demand for semiconductors and heat dissipation materials."

In fact, he sees 5G as just the beginning of a much bigger rush of orders as everything from cars to air conditioners becomes chip-equipped and internet-enabled. Global sales of semiconductors reached $106.7 billion during the third quarter of 2019, up 8.2% over the previous quarter, according to the Semiconductor Industry Association.

Furuya Metal is another Japanese niche player. It supplies 90% of the world's iridium compounds, a basis for phosphorescent materials that wind up in the organic light-emitting diode displays of China's BOE Technology Group, as well as South Korea's Samsung Electronics and LG Electronics.

"Sales have increased significantly in the past year," said Furuya director Kazuo Oishi. The company does not provide a breakdown but says sales of chemical products, including iridium compounds, have doubled compared with fiscal 2017.

Masami Sawato, a senior analyst at SBI securities, explained that Japanese materials suppliers honed their expertise while serving once-powerful domestic manufacturers of chips, displays and finished consumer electronics. "Today, the end products are replaced with Chinese and South Korean ones, but the key materials remain in Japan," Sawato said. This year's diplomatic rift between Tokyo and Seoul, Sawato added, has only highlighted "the supremacy of Japanese suppliers," as South Korea scrambled to replace restricted imports and vowed to spend nearly $850 million to develop domestic production of key semiconductor materials.

Though the curbs on shipments of photoresists, hydrogen fluoride and fluorinated polyimides have hurt some Japanese companies, Tokuyama's Yamamoto and others say it had little effect on their businesses and that the turmoil has anyway eased.

Japanese parts makers are also poised to gain from Chinese investment in 5G.

Murata Manufacturing, the world's No. 1 supplier of multilayer ceramic condensers, has "seen stronger-than-expected demand" for the products for 5G base stations," President Tsuneo Murata told the Nikkei Asian Review recently. MLCCs are tiny capacitors that store and release electricity to ensure the smooth flow of power in telecom devices.

Taiyo Yuden, the third-ranked MLCC maker after Murata and Samsung, has invested 10 billion yen to increase its production capacity. It opened its third plant for the capacitors in March and is building another that will open next spring.

"We have been increasing our production capacity by 10% every year over the past few years," said Mike Tanahashi, Taiyo Yuden's technical marketing manager. "But we are still afraid that we might not be able to supply enough MLCCs as demand is expected to increase significantly."

Over the past eight years, the number of capacitors used in smartphones has nearly doubled, according to the company. High-end devices like the Galaxy S10 5G, Samsung's first 5G phone, have around 1,300 capacitators -- 30% more than 4G models.

"Amid the 5G push, there is an increasing demand for smaller capacitors that can store more electricity," Tanahashi said. "Only a few suppliers can offer such high-performance parts."

All signs suggest China is going to need a lot of those parts, and it will need them soon. Though South Korea and the U.S. were the first to turn on 5G networks, they were limited in scope and China is rapidly catching up and, in fact, overtaking them. Beijing issued 5G licenses in June, months earlier than planned, allowing top carrier China Mobile and fellow state companies China Unicom and China Telecom to launch services in November.

The trio signed up 9 million 5G subscribers in the first month. By 2025, China is expected to have 600 million 5G users, accounting for 40% of the global total, according to a forecast by London-based trade body GSMA.

A great deal of money will be spent to make that happen.

China Mobile is expected to provide 200 million yuan ($28.5 million) worth of subsidies for 5G handsets, encouraging users to switch, Counterpoint Technology Market Research estimates. The carrier is also planning to set up a 5G fund worth more than 20 billion yuan to promote the industry's development.

Goldman Sachs estimates that China will invest more than $150 billion in 5G by 2025.

Huawei's Liang thinks the technology will be widespread well before that. He told his Japanese audience that 5G will penetrate the market at twice the rate of 4G, taking hold in three years rather than six.

Another little-known Japanese company already reaping the rewards is Anritsu, whose electronic measuring instruments are used to check whether 5G equipment is working properly. These are essential tools for companies like Huawei and Qualcomm.

In the first half of this year, Anritsu's operating profit soared by 90% to 6.6 billion yen, thanks to surging demand in China.

"China's moves show the U.S. its strong commitment to proceed with 5G," Hirokazu Hamada, Anritsu's CEO, told the Nikkei Asian Review. Even as the Trump administration squeezes companies like Huawei on national security grounds, they are not backing down.

"For China," Hamada said, "5G is a state project, and they cannot lose in the race for technological dominance."

Mitsue Oba, a senior analyst at IHS Markit, also sees 5G as a critical "state project" for Beijing but cautioned, "A big challenge for China is whether expensive 5G-capable devices can prevail."

Chinese telecom carriers are trying to offset the cost with subsidies and affordable data plans -- the cheapest of which is currently $18 per month. But Oba said the country's slowing economy, exacerbated by the trade war, could affect the industry's best-laid plans.

"You cannot really ignore how the Chinese economy goes, because it affects consumer buying behavior," she added.

Nevertheless, Anritsu's Hamada is not worried. He believes Beijing is determined to gain the edge in 5G at all costs.

"China's investment will not weaken," he said, "even when the economy slows down."