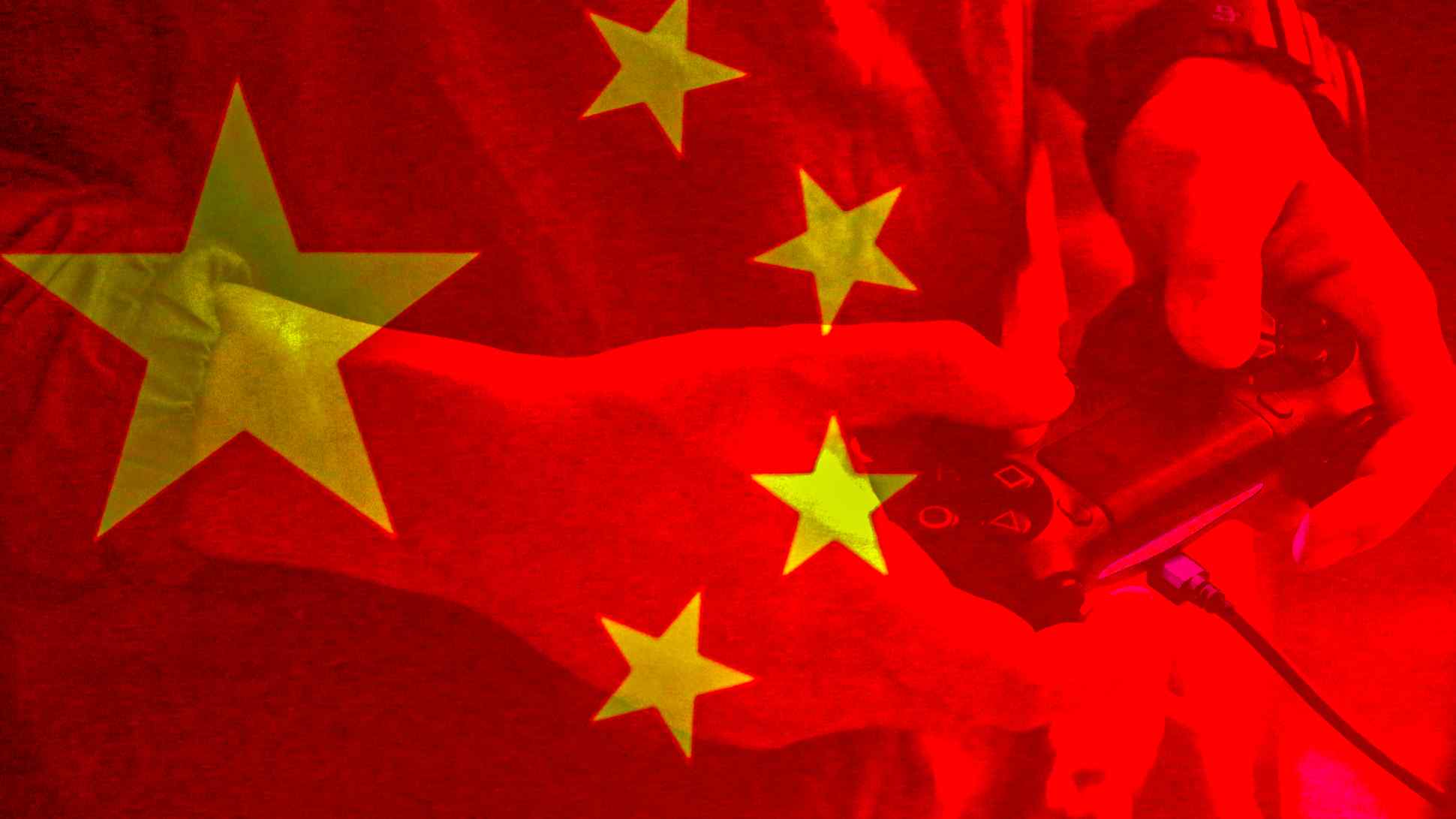 Censorship of $36bn industry pushes developers into US, Japan and Southeast Asia

TOKYO/HONG KONG -- The Chinese Communist Party has a vision of what it considers "appropriate" entertainment, and blasting online friends in the face with a virtual assault rifle is no longer it.

In the international version of the battle royale game Knives Out, blood splatters when characters are shot and their corpses then lie on the ground. In the Chinese version, however, players see blue pixie dust when characters take bullets, and the bodies then peacefully fade from the screen.

Similarly, the Chinese mobile version of South Korean hit shooter game PlayerUnknown's Battlegrounds was pulled and replaced with an alternative called Game for Peace. Its dying characters simply wave goodbye and then disappear.

President Xi Jinping's government has been running "cleanup" campaigns since 2016 to obliterate pornography, gambling and "negative information." But lately that initiative has spread to China's vast $36 billion gaming market, too.

For most of last year, party censors froze approvals of any new video games. This year they have clamped down on depictions of violence and sex. They now favor more saccharine content, often with a patriotic focus. Existing games, meanwhile, have had to be sanitized to comply with the new rules.

The shift has produced major ructions for top gaming companies such as Tencent Holdings. Game developers that are inside China increasingly want to get out, and are chasing overseas acquisitions and expansion opportunities.

It "has been very hard for us," said Zhao Meng, of Nanjing-based developer Ice Games. "Obtaining certificates from the government takes a long time. China's game market isn't doing so well, either. The overall economy is slowing, so the number of companies wanting to expand abroad is increasing."

Meanwhile, foreign game publishers that want to get into China, which is still the world's largest gaming market after the U.S., are finding it harder than ever to gain access.

Yu Zheng, a producer at Beijing-based Perfect World Games, is almost as candid about the challenges that all gaming companies face when trying to get government approval: nobody is sure how long the process will take. "The government needs to check the content from all different aspects," he said.

Tencent, as the biggest player by far with an over 50% market share in Chinese gaming, is leading the charge abroad.

With a market capitalization of $400 billion, the company is equivalent to a kind of Netflix plus Uber plus Facebook. Besides controlling half the gaming market, it has the highly profitable and ubiquitous WeChat social messaging network that handles everything from e-payments to deliveries.

Yet even Tencent's domestic heft is not always enough to sway government censors. Earlier this month, gamers around the globe downloaded Call of Duty: Mobile in record numbers. Yet the new shoot 'em up game was nowhere to be found in Chinese app stores even though Tencent is behind the title. As part of its drive to expand into a global gaming market that Dutch research firm Newzoo estimates is worth over $152 billion -- about a third of which is on mobile -- Tencent in 2013 acquired a stake in Activision Blizzard, the U.S. owner of the Call of Duty franchise. It now holds 5%. Late last year, it granted Singaporean online game publisher Sea the right to sell all of its games in Southeast Asia.

Most recently, in September, Tencent swooped in on Norway's Funcom, buying a 29% stake for 1.22 billion kroner ($134.33 million). The Norwegian company is a leader in MMORPGs -- massive multiplayer online role-playing games, such as its 2012 supernatural epic The Secret World.

One result of Beijing's stricter stance is that the U.S. is set to overtake China in 2019 as the world's largest gaming market by revenue, according to Newzoo. The company forecasts $36.9 billion in revenue for the U.S. versus $36.5 billion for China, citing the fallout from the game approval freeze and measures to reduce the "unhealthy" amounts of time kids spend glued to screens.

However, it is not just government restrictions that are causing this tectonic shift in the global gaming industry. Market dynamics are also playing a major role. The Chinese market is crowded, game publishers say. It is also distorted by Tencent's giant presence.

Much as with Facebook and Amazon in the U.S., Tencent has used its size to build and run a giant platform. This allows other developers to publish their work, but at the same time it stunts competition, noted Joni Wen, representative director of Singapore-based marketing consultancy DotC United in Japan.

"It is very hard for smaller companies to get paid users in China," Wen said, "even if they make good content." Chinese developers like Perfect World Games had a noticeable presence at this year's Tokyo Game Show. (Photo by Yuki Kohara)

The effects are clear to see at NetEase, China's second-largest developer, where foreign sales now account for 10% of its business.

"Global expansion is of great importance to the strategic growth of NetEase's online games business," CEO William Ding stressed when the company opened a new studio in Montreal in July. That same month, it bought into major Canadian studio Behaviour Interactive.

As a result of its foreign expansion, and the spread of games such as the survival horror release Identity V, NetEase reported its strongest gaming growth rate in 15 months for the second quarter of last year -- the same quarter Tencent delivered a surprise drop in net profit due to slower growth in mobile games. Bejing's gaming approval moratorium was considered a major drag on Tencent's earnings.

The gamers' long march abroad in some ways parallels how Chinese infrastructure companies have pushed overseas ever since the local market became saturated with new roads, dams, bridges and apartment buildings.

Although gaming companies do not enjoy the same kind of official sanction as they might now from Beijing's Belt and Road Initiative, they do have similar advantages in terms of the scale and expertise that they developed catering to hundreds of millions of smartphone users at home.

Elinor Leung, head of telecom and internet research at CLSA, a brokerage, suggested few rivals can beat them in mobile gaming. Chinese developers have a "huge opportunity" for international expansion, she said. Their deep pockets also mean they can pour funds into new games that have budgets which can top Hollywood movies and costs that run into the tens of millions of dollars. The total production and marketing cost of Call of Duty: Modern Warfare 2 has been estimated at around $200 million -- comparable to the cost of the James Cameron blockbuster "Titanic."

So far, progress has been impressive. Gamers outside China spent roughly $4 billion on Chinese products in the first half of this year, more than double the $1.6 billion for the same period of 2017, according to market research firm App Annie.

Many of the most important overseas markets are found in Asia.

The Japanese market is seen as a particularly quick path to cash. Though the country has its own content rating system for games, and console makers like Sony have their own standards on violence and nudity, releasing a game does not require government approval.

"Freedom of expression is respected," said a representative for Japan's Ministry of Economy, Trade and Industry.

Fay Ye, assistant director for overseas business at developer Linekong Entertainment Technology in Beijing, agrees. She said her company is focused on Japan, and has partnered with Japanese peer Nihon Falcom to prepare a smartphone version of Falcom's action role-playing game -- a tale of shipwreck castaways called Ys VIII: Lacrimosa of Dana -- for release next summer.

Southeast Asia is also on Linekong's radar, even though some countries require foreign companies to work with local partners. Paradoxically, government censorship can also sometimes be a problem.

In Vietnam, the government pulled the wholesome Chinese-backed animated flick "Abominable" from theaters this week due to a map shown in the film that includes the "nine-dash line" Beijing uses to claim most of the South China Sea. Censors in Malaysia have ordered the map scene removed before the movie is released there.

Perhaps for historical reasons, Call of Duty: Mobile is not available in Vietnam either.

Still, games are not subject to nearly the same scrutiny in Southeast Asia as they are in China. "We are considering accelerating business in the region next year or possibly in 2021," Ye said.