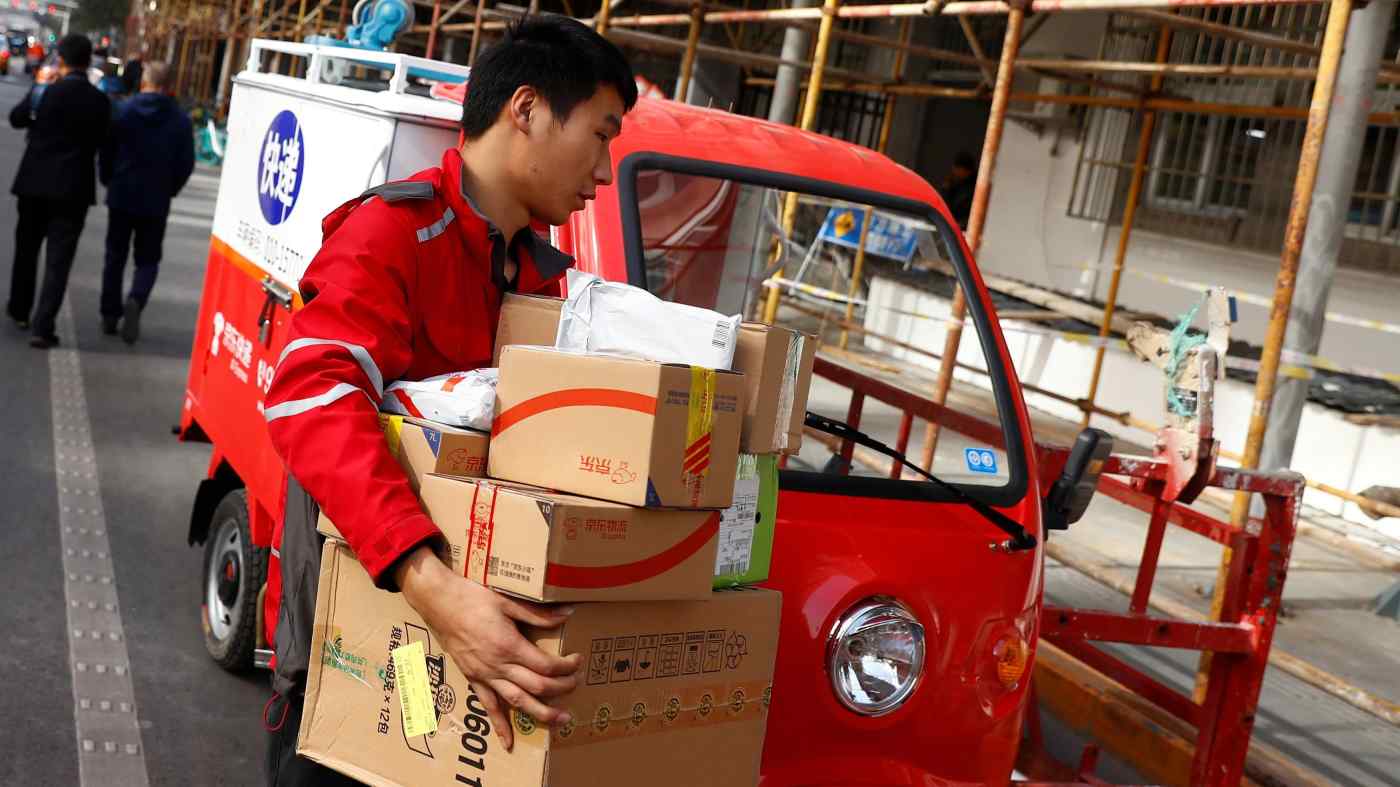 German insurer Allianz has brought online shopping service JD.com on as a partner in its Chinese property and casualty business to help expand its reach in the country.   © Reuters
JENS KASTNER, Contributing writerDecember 3, 2019 20:01 JST | China
CopyCopied

HAMBURG, Germany -- European insurers are teaming up with an unusual range of local partners, from food companies to retailers, in order to break into China's booming insurance market that is already the world's second biggest and is expected to triple by 2030.

"It has globally become common for insurers to offer insurance as a supplement to other companies' goods and services," said Jiawei Wang, head of the China desk at law firm Roedl & Partner in Stuttgart, Germany. "Given Chinese e-commerce platforms' gigantic customer pools, it is particularly lucrative in China even if only a very small percentage of users buy the insurance."

By easing into various corners of the Chinese market with such partnerships, European insurers are preparing themselves for regulatory approval that allows them to go it alone.

France's AXA recently received CBIRC approval for a 4.6 billion yuan buyout of the other shareholders of car insurance company AXA Tianping. AXA joined several small Chinese industrial companies as co-owner when it bought a half interest in Tianping in 2014.

AXA was among the first European insurers to find a Chinese partner from outside the business, tying up with state-owned trading company China Minmetals to launch a life insurance venture in 1999. That partnership now also includes Industrial & Commercial Bank of China.

Italy's Generali meanwhile has maintained its life insurance venture with China National Petroleum. Dutch insurer Aegon now sells life policies in a venture with software company Tsinghua Tongfang after it took the place of original partner CNOOC, another state oil company, in 2015. Britain's Prudential has its own tie up in turn with CITIC.

Even Britain's Aviva, which has been hiving off overseas operations, announced last month that it would keep its unusual Chinese partnership, under which it sells life insurance in cooperation with state-owned food processor Cofco Group. Aviva cited their "excellent relationship" and the venture's "high growth prospects," indicating that the business generated "double digit operating profit growth" last year.

The recent flurry of activity has been triggered in large part by moves by Beijing to lower entry barriers for foreign insurers. Previously, they were required to show a 30-year track record in their home market, have at least $200 million in assets and establish two representative offices in China.

Said Jiawei Wang, "With the recent breakthroughs in legislation, Allianz, Ergo and their likes are positioning themselves well."

Swiss Re Institute, an arm of the Zurich-based reinsurance company, expects China's insurance market to quadruple in value in 14 years to $2.36 trillion. It is already the world's second largest insurance market, behind only the U.S. Across the first nine months of the year, industry profits rose 122.7% rise to about 280 billion yuan, according to Shanghai Securities News.

Ergo's venture with Great Wall still awaits regulatory approval, but the company hopes to kick off policy sales by March. Karsten Crede, head of Ergo Mobility Solutions, said he expects the insurance venture to help Great Wall expand sales of spare parts and repair services, noting that such revenues currently contribute twice as much to the overall profit of German automakers as compared to Chinese ones.

Great Wall in turn will contribute customer data that will help Ergo with pricing, Crede said. "Information such as whether a car buyer has a history of tardy payments will facilitate the fine-tuning of our offers."

With JD.com on board, Allianz's property and casualty business in China has expanded into niche polices tailored for e-commerce, such as insurance against breakage of goods during delivery.

"We are seeing our business with JD growing way above 50%, reflecting that the e-commerce market in China is very dynamic," said Solmaz Altin, the insurer's regional chief executive. With breakage coverage of health-related products such as prescription eyeglasses, Altin said Allianz has found an opening to offer customers medical insurance as well thanks to China's relatively relaxed approach to use of customer data.