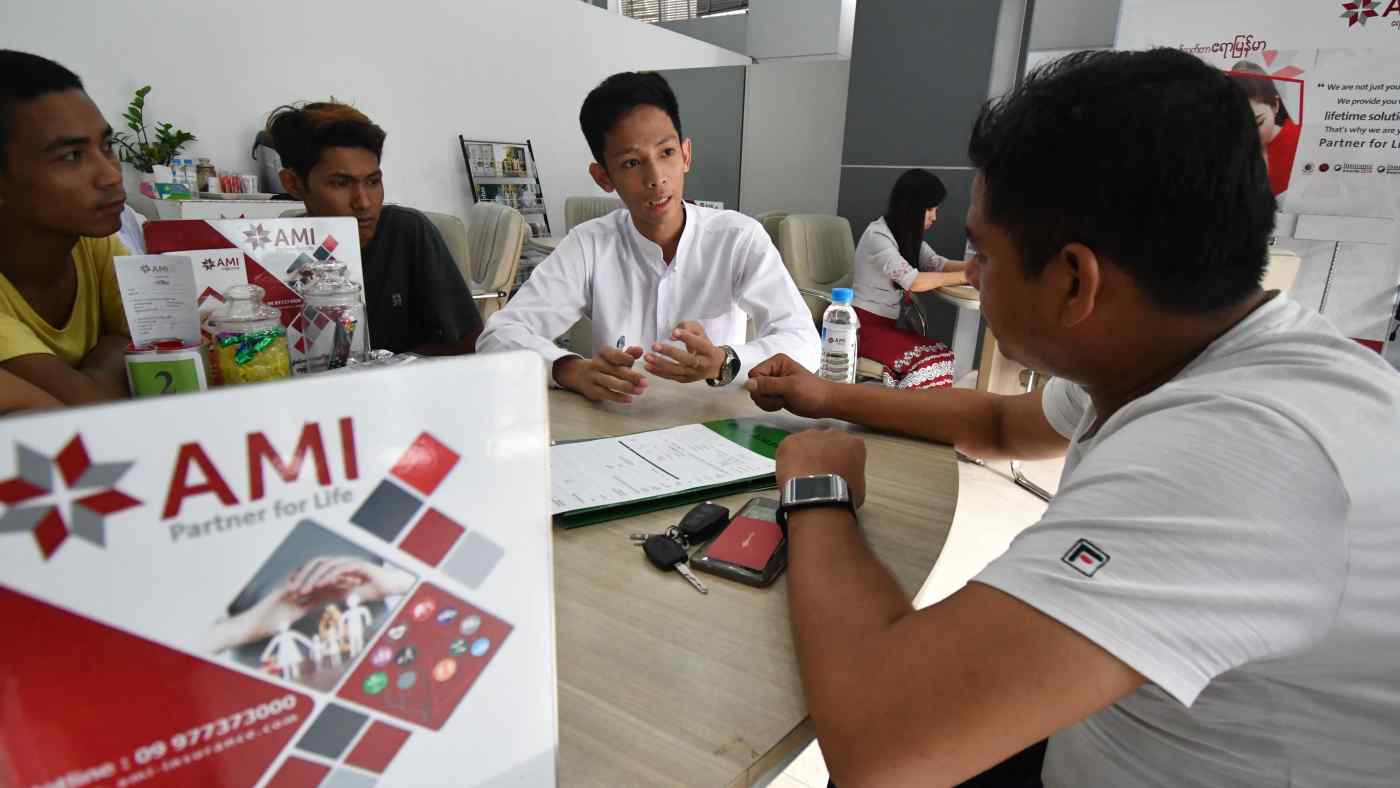 YANGON -- Three foreign insurance companies have canceled plans to launch operations in Myanmar after the government tweaked the requirements at the last minute.

The Myanmar government recently announced approval for six new foreign insurers to set up joint ventures in the country. Nine had originally applied to the government, including the three that have since given up.

Until around April, the government seemed to imply that the foreign companies could purchase outstanding shares in local insurers to set up joint ventures, according to the industry insider. But at the eleventh hour, it said the foreign players can buy only newly issued shares.

The change means that proceeds will be funneled into the local insurers' business operations. Local partners that had hoped make money from stock sales grew hesitant, ultimately dooming joint ventures planned by the three foreign companies.

The government likely sought to bolster the finances of local insurers by essentially mandating capital increases. But industry insiders disagree with the strategy. "A capital increase only results in excess capital given the current size of the market," one said.

Myanmar's insurance market amounted to $166 million in fiscal 2018. It accounts for 0.2% of gross domestic product, the least among members of the Association of Southeast Asian Nations.

Five players have previously been approved to set up wholly owned subsidiaries in Myanmar.

Players on the new list will receive official approval to enter the Myanmar market after their investments are complete. They aim to begin operations in October.

There is plenty of room for growth. IKBZ Insurance, which will partner with Mitsui Sumitomo Insurance, sees the nation's insurance market expanding to 4 trillion kyat ($2.6 billion) in the next decade.

In an IKBZ consumer survey this April and May, just 17% of respondents had heard of insurance. But roughly 60% were interested in buying it after receiving an explanation.