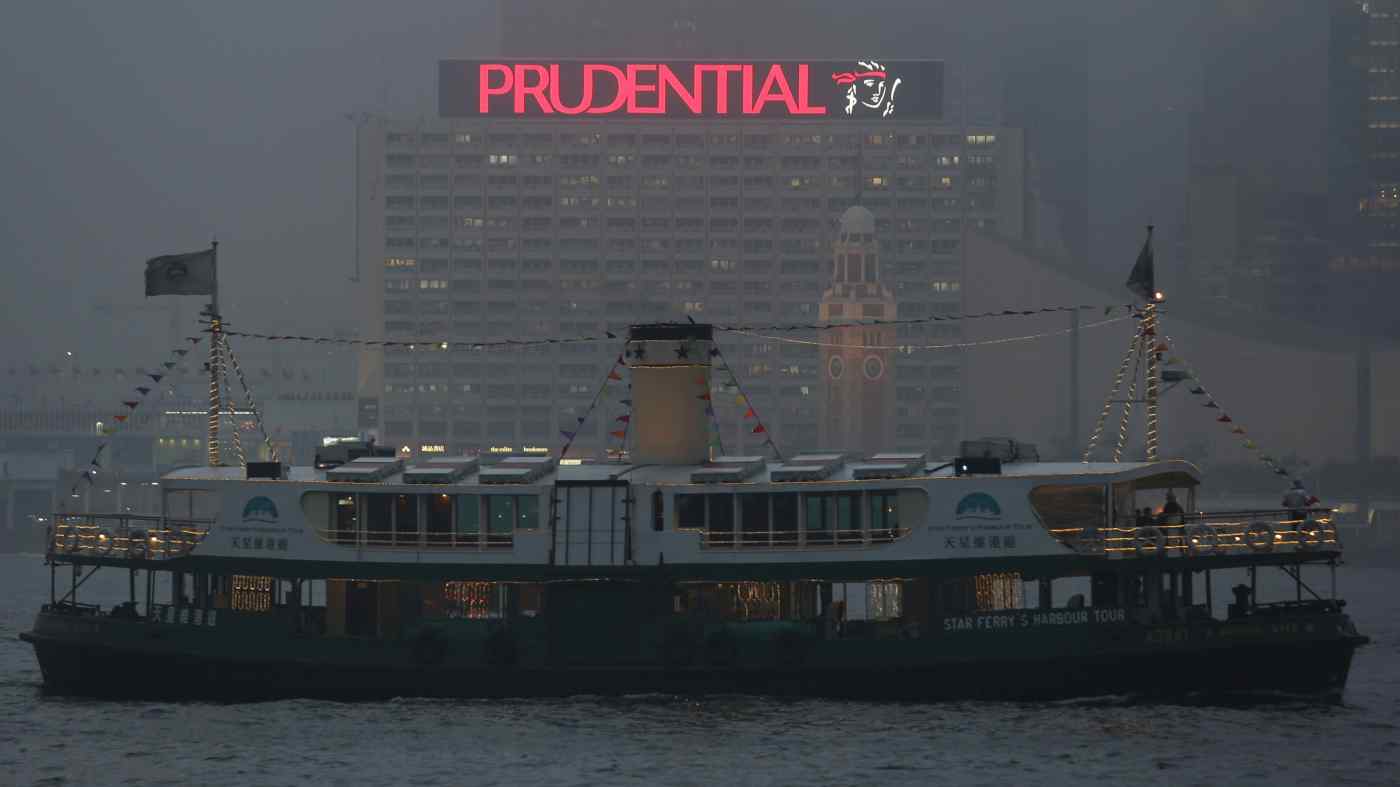 HONG KONG -- Prudential PLC said on Wednesday it planned a partial public offering of its U.S. business, falling short of the full separation from its remaining Asian unit that an activist investor has demanded.

The 172-year-old insurer said its U.S. business needs additional capital, and that the U.S. unit will sell a minority stake through an initial public offering as it revealed a 20% rise in full-year operating profit of $5.31 billion. However, the company said the current coronavirus outbreak has dampened sales momentum in Hong Kong and China, which will hurt new business profit in the two markets.

Jackson, the U.S. business, "will need access to additional investment, which we believe would best be provided by third parties," Mike Wells, the chief executive officer, said in a statement.

"We will now begin detailed engagement with our key stakeholders, with a view to ensuring that Jackson will have the capital strength as a separately listed business," he said.

In a news briefing after the announcement, Wells declined to give details on the likely timing or potential size of the offering, citing regulatory constraints.

Prudential has primary listings in London and Hong Kong, a secondary listing in Singapore, and American depositary receipts in New York. It is limited from speaking about its plans once an intention to list in the U.S. has been disclosed.

Citigroup analyst Andrew Baker values the U.S. unit at about 6.5 billion pounds ($8.4 billion). Prudential's market capitalization in London stood at about 29 billion pounds as of Wednesday.

In a letter to the insurer's board of directors last month, it sought the elimination of the company's U.K. head office and a shift from Prudential's "shortsighted" dividend policy toward reinvestment as part of a plan to double its share valuation within three years.

The hedge fund said Prudential's shares have lagged those of rival AIA Group's by 80% over the past five years. Both companies trade on the Hong Kong Stock Exchange.

Wells said that the company had already taken a number of "management actions" to support the path to an IPO in the U.S., and the plans were not necessarily related to a "given conversation" with a shareholder.

He also defended the need to keep the headquarters in London, and said the city was a "logical base" to tap and hone talent in financial services and risk management.

"London has an incredibly deep bench in financial services, in risk management, and finance in general," he said. "We happen to have some of the best people in that space. The function in allocating capital or interacting with stakeholders from rating agencies to shareholders... all those existing skills are in London."

After the separation of its U.K. business, Prudential now focuses on its Asian business, Prudential Corporation Asia, and the U.S. operation, Jackson. It bought Jackson in 1986 for $610 million, with that business contributing just under half of the company's overall operating profit in 2019.

Jackson specializes in variable annuities, which provide some guaranteed income and exposure to stocks for retirees. That leaves Jackson exposed to stock-market risk, which it offsets through a process that shareholders often describe as complex and opaque.

In Asia, the company serves the protection and savings needs of its customers through Prudential Corporation Asia and Eastspring. Its life-insurance business spans 12 markets in the region, including a joint venture in China, CITIC-Prudential Life Insurance.

Wells said the company is setting up a technology hub in the southern China city of Shenzhen and will expand its tech capabilities in India.

The Asian business remained "resilient" despite the virus outbreak, with the insurer relying on its traditional renewal strengths and non-face-to-face sales, he said.