TOKYO -- Japan's venture companies are increasingly popular with investors of late, with unlisted companies raising more than 140 billion yen ($1.23 billion) last year, up about 10% on the year and recovering to levels last seen before the 2008 global financial crisis, according to a survey by Japan Venture Research. 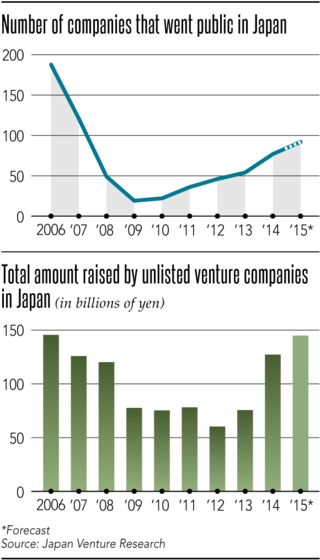 In the aftermath of the meltdown, from 2009 through 2013, the amount of cash flowing to ventures was stuck in the 60 billion yen to 70 billion yen range. The recovery has been slow in Japan: investment in U.S. venture companies had exceeded its precrisis high by 2011.