Is Japan eco-friendly or eco-hostile? 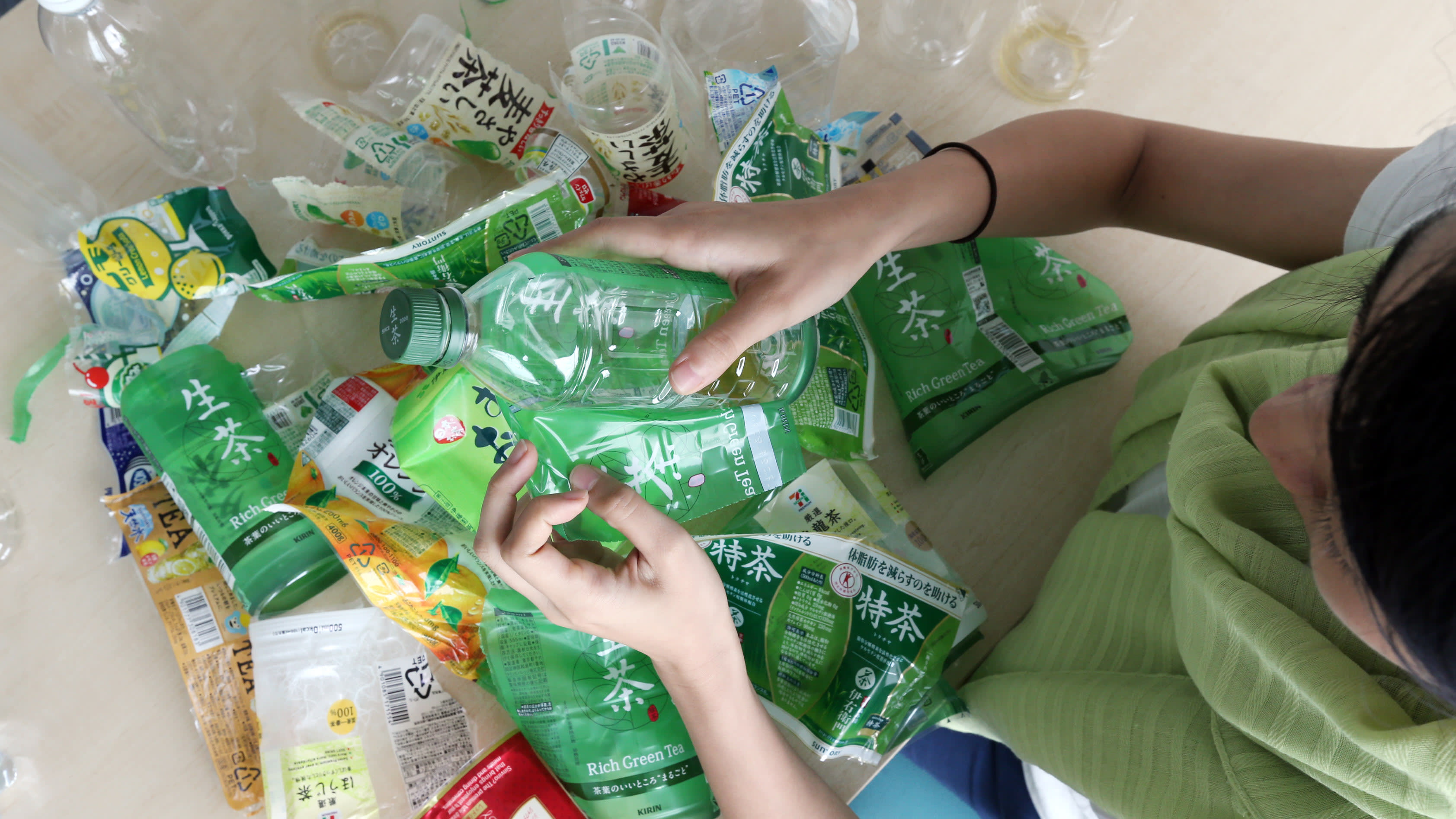 Japan is especially scrupulous about recycling its PET bottles. Their quality is so pure that the uniforms of soccer teams Barcelona and Manchester City are made from bottles collected from Japanese landfills.

Recycled PET packaging can also be turned into new bottles, sheeting, industrial materials, fiberfill for sleeping bags and winter coats, and a range of car parts. In 2014, 93.5% of PET bottles distributed nationwide were recycled, according to the Council for PET Bottle Recycling.

But while Japan is a country of religious trash sorters, there is another side to consumption here that negates such planet-friendly pursuits: overpackaging.

New arrivals will be just as surprised at how much wrapping takes place at, say, a bakery. Buy a sausage roll, and your snack is likely to be covered with transparent plastic, placed in a paper bag, and then gently inserted into a plastic carrying bag.

This raises a question: Is Japan eco-friendly or eco-hostile?

For a symbol of the country's conservation contradictions, look no further than the ongoing debate about charging for plastic bags.

Twisting in the wind

Last year, the Tokyo Metropolitan Government announced its goal of getting all retailers to charge a small fee for plastic shopping bags by 2020. In doing so, it sought to end a debate that had been dragging on for years, caught in limbo between government advocates and corporate influences. Progress seems to be on the horizon, with a new round of discussions between the two sides scheduled for this fall. 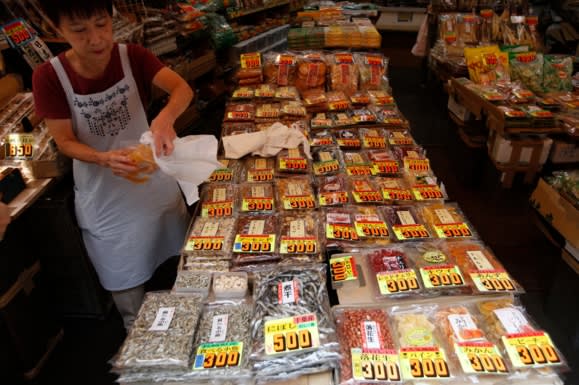 In Japan, it is common to package an item in multiple layers of plastic.   © Reuters

Some stores have already embraced the change, including supermarket chains Aeon, Ito-Yokado and OK Store. Others are reluctant: They may be open to the idea itself, since it jibes with the values of increasingly environment-conscious consumers, but they fear competition with stores that do not charge for bags.

"This is why a nationwide ban on free bags is needed," Yasuo Furusawa, director for sustainable materials management at the Tokyo Metropolitan Government, told the Nikkei Asian Review.

Some of the most outspoken opponents of the move are convenience stores. They worry that charging for bags would make customers think twice about stopping by for a drink, snack or pack of cigarettes. After all, few people carry a reusable shopping bag everywhere they go.

"In addition," Furusawa said, "the role of the convenience store is changing. They now offer pricier items like meals and bento lunches, so it's a difficult issue." 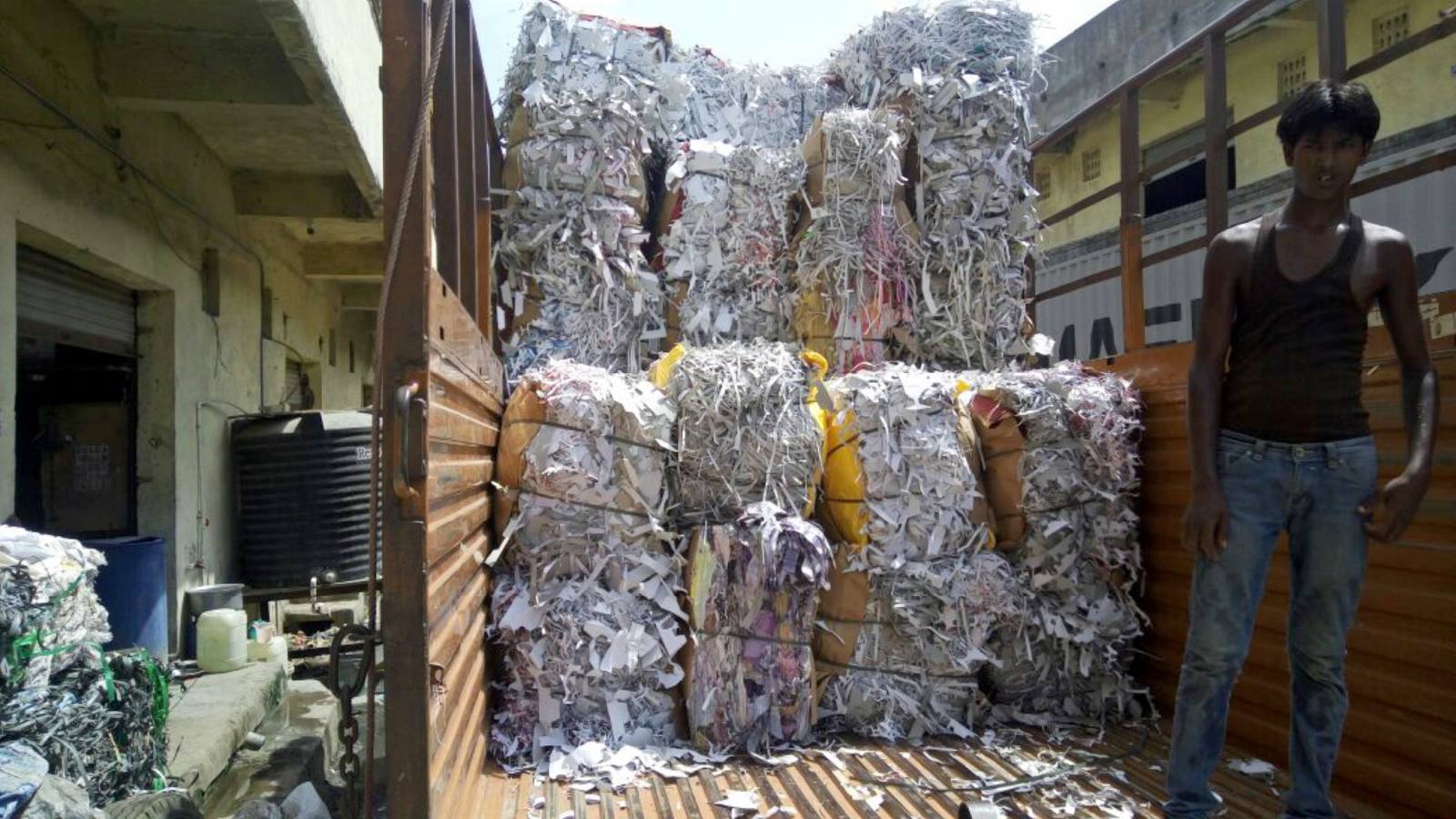 The ubiquity of convenience stores in the capital gives the industry considerable clout to push back against a ban. The abundance of these stores is also one reason why Tokyo's annual per capita plastic bag consumption is higher than most other municipalities, and higher than the average in Europe.

Furusawa estimates the average Tokyoite uses around 200 bags per year.

While the fate of the bag ban remains unclear, the movement does have a powerful backer in the city government: Gov. Yuriko Koike.

Koike served as environment minister from 2003 to 2006, during which time she promoted the "Cool Biz" campaign. This encourages workers to dress casually during the summer, saving power by reducing the need for air conditioning. 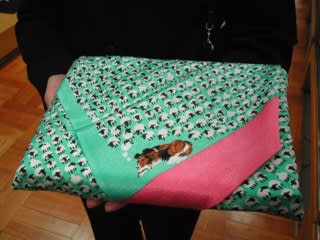 Tokyo Gov. Yuriko Koike is proponent of the furoshiki, a traditional Japanese cloth used to wrap and carry objects.

Koike is also a big proponent of furoshiki, traditional Japanese cloths used to wrap and carry objects. One of her pet projects, the Mottainai Furoshiki, aimed to curb waste by promoting furoshiki made with a fiber derived from recycled PET bottles. The word mottainai expresses regret for wastefulness.

As she explained it: "The furoshiki is so handy that you can wrap almost anything in it, regardless of size or shape, with a little ingenuity by simply folding it in the right way. It's much better than plastic bags you receive at supermarkets, or wrapping paper, since it's highly resistant, reusable and multipurpose."

She stressed the cloth is a symbol of Japanese culture, and "puts an accent on taking care of things and avoiding waste."

Koike is studying the case of France, which in 2016 banned retailers from distributing plastic bags thinner than 50 micrometers. The idea was to spur a shift to reusable and recyclable biodegradable bags.

France also stands to be the first country to ban plastic plates, cups and utensils -- with the exception of items made of compostable, bio-sourced materials -- with a law set to take effect in 2020.

Even with its problematic plastic bag habit, Japan is leagues ahead of most developed countries in other areas of waste management. So why is breaking that habit so crucial?

The bags are tough to recycle because they are made from different types of plastic with different melting points. This is the biggest difference from PET bottles, which are made with an easily recycled plastic resin called polyethylene terephthalate.

Plastic bags can be burned, but not all districts choose to burn them. Bags that are not properly disposed of often blow into rivers and streams, then flow into the ocean, harming marine life.

Reducing plastic bag consumption makes financial sense, too. Three of the most widely used plastic materials are more expensive than they used to be, due to higher crude oil prices and stricter environmental regulations on factories in China. In the last month alone, the price of high-density polyethylene has risen 5%, to $1,105 a ton.

Arguably the most important reason to reduce consumption, however, is that plastic bags represent a culture of wastefulness.

Evidence of Japan's throwaway tendencies is everywhere: Produce in grocery stores is individually wrapped. Gifts are cocooned in layers of decorative packaging. Electronics are retired prematurely to be replaced by newer models. Houses are rebuilt every 30 to 40 years. As long as this continues, it will blunt the impact of all the sorting, washing, melting, burning, compacting and repurposing.

Addressing the plastic bag issue may be only a small step toward sustainable living, but it presents a valuable opportunity to examine other wasteful practices and further lighten the country's environmental footprint.