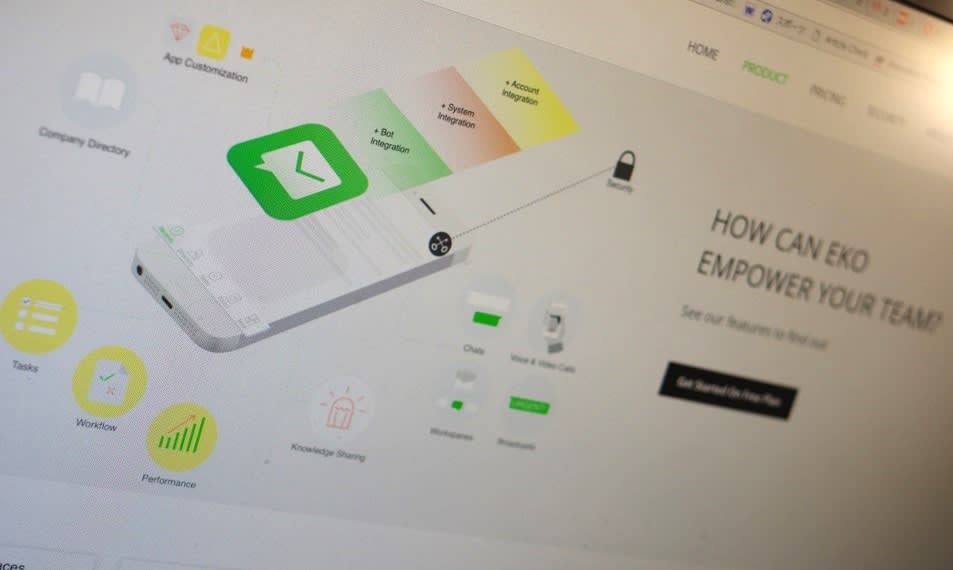 Eko was launched in 2012 by Korawad Chearavanont, the son of Supachai Chearavanont, chief executive of CP Group. It offers businesses a secure chat room along with a comprehensive team communication platform that enables co-workers to share files, teleconference, or even apply for leave.

Itochu is in a capital alliance with CP Group, and will take up roughly 5% of Eko by October. The company has already raised over $7 million in venture capital from companies like 500 Startups and Gobi Partners. CP Group has no stake in the company. In Thailand, Bangkok Bank and Thanachart Bank are using the platform. Within CP Group, it has been taken up by Charoen Pokphand Foods and mobile operator True Corp.

Among its 150,000 paid subscribers, the company has a footprint in China and will launch in Malaysia next month.

As its first Japanese investor, Itochu plans to help Eko reach Japanese companies in Thailand and elsewhere in Asia.

Sales of $30 million to $50 million are targeted within five years along with an initial public offering.

Smartphones have become the core communication tool for businesses in developing Asia, and are now more prevalent than desktop computers.

It has become common among tech-savvy Thais to send business documents and messages on Line, the largest chat app in the country, rather than by email.

Korawad, 22, began work on Eko while studying in the U.S. His interest was in improving security and business communication features over conventional free chat apps.

Slack Technologies in the U.S. offers a similar app, and has an estimated worth of $9 billion. While Slack focuses on small businesses, including tech startups, Korawad said Eko is geared for larger enterprises.