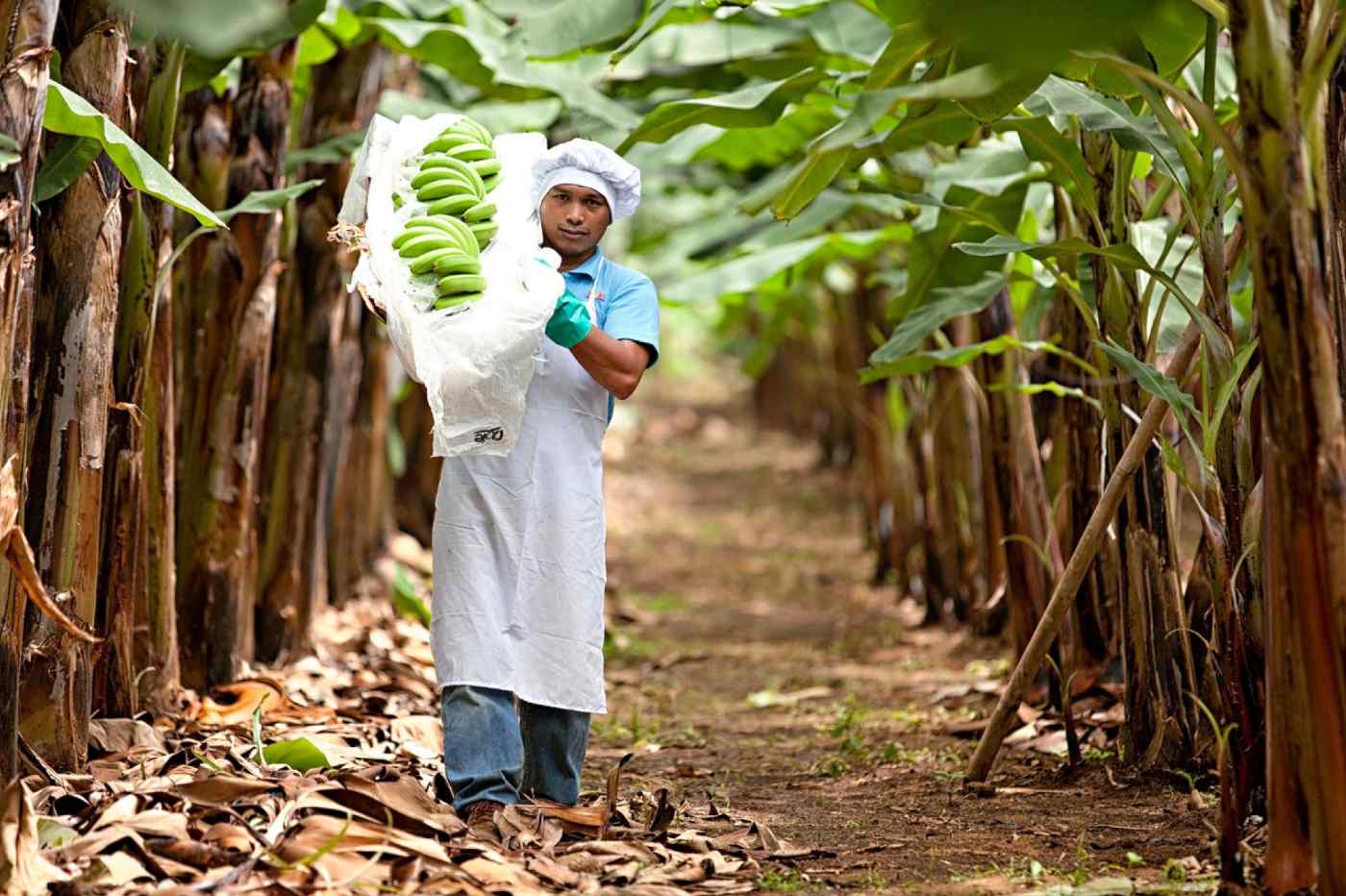 TOKYO -- Japanese general trading house Itochu will spend about 6 billion yen ($57.7 million) through fiscal 2018 to lift Asian production capacity around 60% for bananas in its Dole business by 2020.

The Philippines is a key supplier of the fruit to Japan. The Southeast Asian country accounted for nearly 90% of Japan's banana imports in 2015, according to the Ministry of Finance.

But the import volume of 820,000 tons was down about 20% from 2011. The production hub of Mindanao, a large island in the southern part of the country, has suffered typhoons as well as droughts caused by El Nino since 2012. And many banana trees have died from the fungal infection known as Panama disease.

Reduced supply from the Philippines has meant higher Japanese retail prices for bananas, hitting consumers in the pocketbook. Itochu hopes to stabilize supply by strengthening the operations.

Wholly owned unit Dole International Holdings' banana output in the Philippines shrank about 30% from 2012 levels to about 540,000 tons in 2015. The subsidiary will upgrade farming methods to raise this to about 850,000 tons in 2020.

Irrigation will keep banana trees hydrated with groundwater even in droughts. More seedlings resistant to disease will also be used. Some farms will be relocated to sites with better soil. Dole will verify the effectiveness of these steps and apply them to all 20,000 hectares of its banana-farming operations.

About 40% of Dole's banana harvest in the Philippines goes to Japan, amounting to a quarter of the nation's imports of the fruit. Dole's upgrades could help stabilize prices here.

Separately, Dole will increase its Philippine production capacity for pineapples by about 30% from 2015 levels to 1 million tons in 2020, hoping to boost Japanese and American sales. Plantations will increase 55% in size from current levels by 2018, with canning and other facilities to also expand. Investment of 2.1 billion yen is planned for fiscal 2015 to fiscal 2018.

Itochu acquired U.S.-based Dole Food Co.'s Asian produce business and global packaged-foods business in 2013 for about 135 billion yen. These Dole operations generated sales of around $2.4 billion in fiscal 2015, accounting for a sizable chunk of Itochu's food business. But Dole International Holdings sustained a net loss of 16.9 billion yen for the year because of an impairment loss stemming from unexpected weather conditions.

Itochu is streamlining the Dole business. It has withdrawn from banana production in Australia, for instance. The Dole segment is seen generating a 5.8 billion yen net profit in the current year through March 2017. Itochu seeks to raise this to 10 billion yen soon.