Infrastructure company hopes to see its trainees down the road 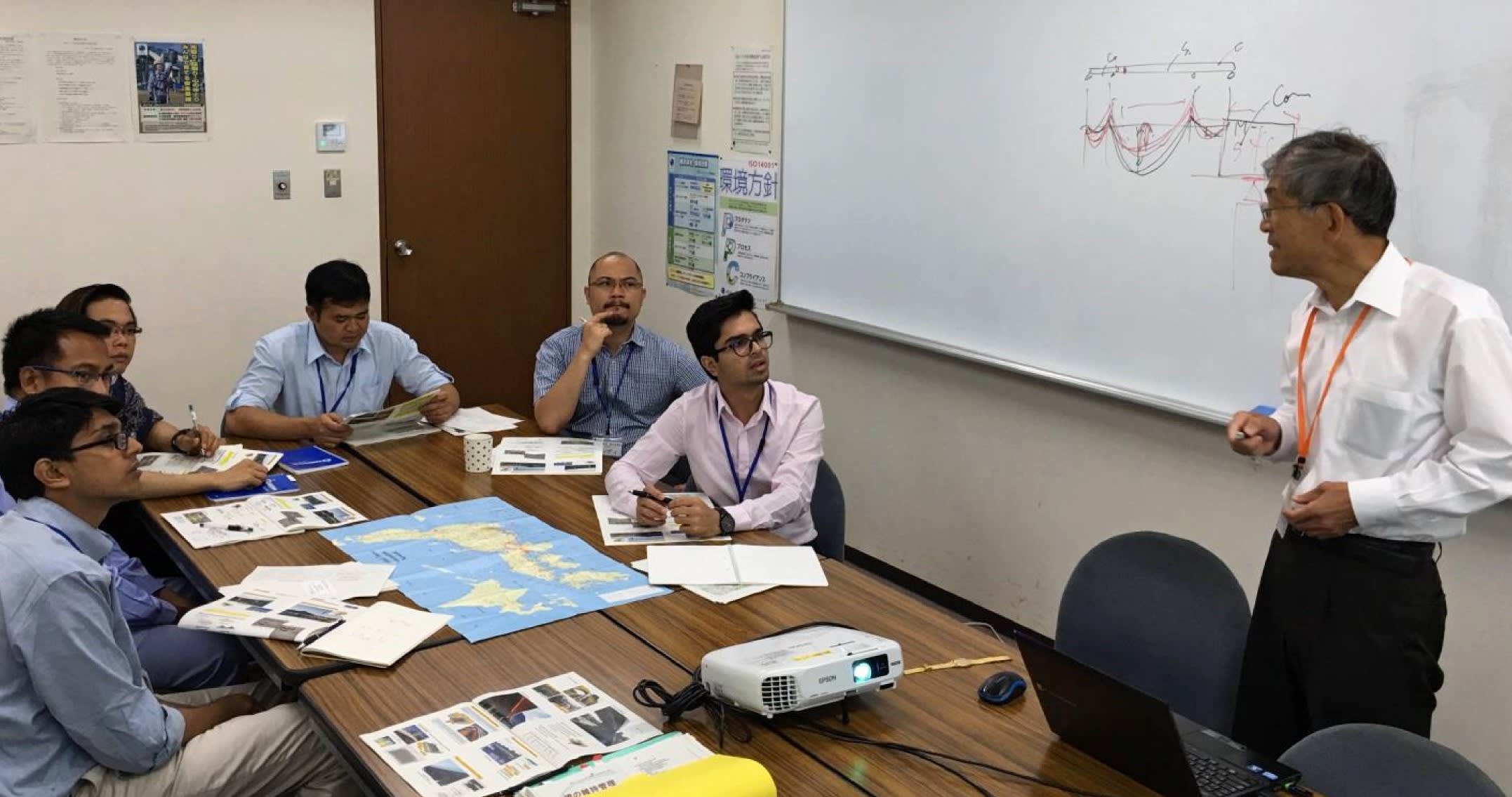 TOKYO -- Every year, JFE Engineering accepts 20 or so interns from abroad. During the five-week program, the students learn about the company's infrastructure and other businesses, the engineering industry as well as Japanese lifestyles and culture.

Numerous tech students from Asia apply for the positions. The program is also beneficial to the business itself, helping it to attract talented minds from abroad who might go on to lead overseas operations someday.

In the first four years of the program, some 80 foreign tech students participated in the program. The total number will likely top 100 this fiscal year. The program is currently open to undergraduate and postgraduate students from Myanmar, Indonesia, Vietnam, Malaysia and India who major in civil engineering or construction.

Pardeshi Ramkrishna, a student at India's Vishwakarma Institute of Technology, was a JFE Engineering intern from January through February.

During his five-week stay in Japan, the 21-year-old then-tech student visited an industrial incineration plant in Yokohama, near Tokyo, among other sites. "I was so impressed by how the plant is designed not to harm the environment, by odor management, for example," Ramkrishna said. It was his first trip abroad, and he found the entire experience to be exciting.

So much so that he now wants to get into plant designing in his home country. This month, Ramkrishna joined the Indian unit of JFE Engineering. He is expected to be involved in designing boilers for incinerators.

The JFE Holdings unit began accepting interns from overseas in fiscal 2013. The program sometimes receives 10 times more applications than there are openings.

Infrastructure demand in Japan has apparently slowed, and JFE Engineering is subsisting on replacement and maintenance contracts in its home market. But the company sees promising demand in emerging nations, especially for waste-management facilities and power plants. Acquiring bright employees from these countries will give JFE Engineering an advantage in providing maintenance and other post-construction services.

The company's overseas branches list openings on their websites and hire year-round. The internship program is partly meant to introduce the company to foreign students who might go on to be future employees or business partners.

"Deploying and sending personnel from Japan for each overseas project is costly," said Yasuto Ando, a JFE Engineering executive. "We want to hire talented locals who can hold key positions at our overseas operations."

Accepting foreign interns costs the business 20 million yen ($180,000) or so every year. Considering that off semesters vary from country to country, internships are provided three times a year.

The five-week program covers a variety of aspects, from learning the basics of certain products and technologies to learning to manage a project.

The interns also visit sites that make use of JFE Engineering's technology, such as a biomass power generation plant in Mie Prefecture and a smart-agriculture facility in Hokkaido.

Among the 80 or so who have already had internships, 13 have been hired at overseas branches and units. One has taken an engineering post at a bridge construction project in Myanmar.

"The program is not necessarily linked to hiring," Ando said. "But considering that there is greater career mobility overseas, [JFE Engineering and its former interns] might run into each other again one day."

The company is also keen to build a network of industry contacts in emerging nations, and some former interns are playing a role here as well.