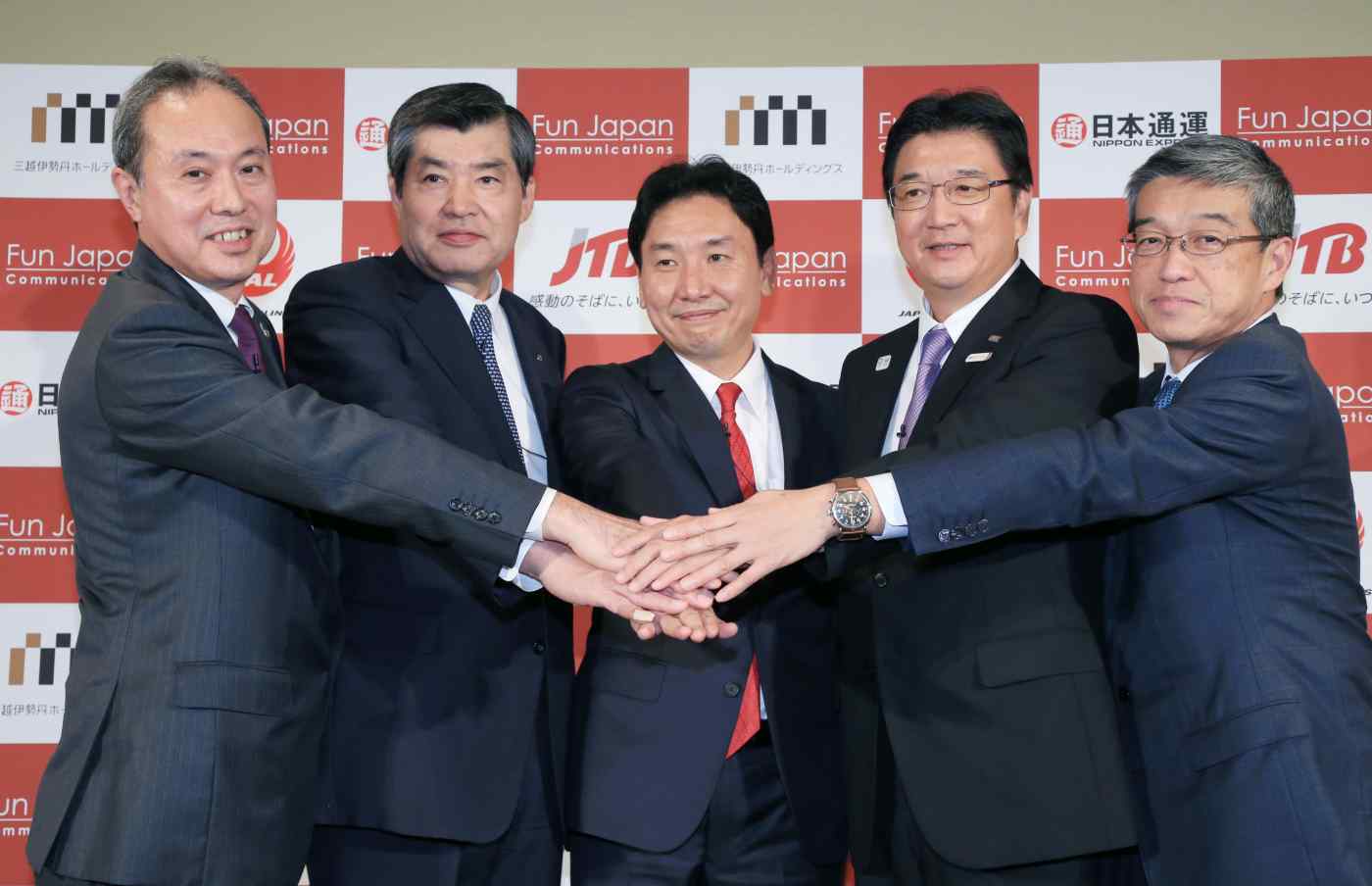 Fun Japan Communications will market Japanese products and travel offerings online with a focus on Southeast Asia. A Nippon Express website serving more than 3 million users in Indonesia and elsewhere in Asia will be a core platform. The three partners will gather opinions from the site's users and utilize the information to sell Japanese products online, shipping the purchases via the Nippon Express network. Products will also be sold at Isetan Mitsukoshi stores in the region.

The venture targets Southeast Asia amid a sharp rise in visitors to Japan from the region. The number of Indonesian visitors jumped 30.9% on the year in August, while the increase was 26% from Malaysia and 24.9% from Vietnam. Because many of these travelers buy items they had seen in Japan after they return home, Japanese businesses often miss the chance to capture demand.

Those lost opportunities can be easily observed at tourist areas in Japan. Foreigners can outnumber Japanese tourists at the Sensoji temple in Tokyo's Asakusa district, and many of the visitors are with foreign travel agencies. In Tokyo's Akihabara district, a tourist from Shanghai said he checks out home electronics at stores in Japan but buys them later via Chinese online stores after returning home. The number of repeat visitors from China is soaring, but they look for lodging, meals and other amenities on Chinese websites.

Overall visitors to Japan this year topped 16 million by August, and their travel spending increased about 7% on the year in the April-June period. But per-capita spending shrank about 10%, with the recent appetite for shopping sprees now tamed. More visitors instead spend on experiencing traditional Japanese culture.

Nippon Express also is eager to cultivate businesses targeting consumers as Japan's logistics market hits a ceiling. The Japan Post Holdings group holds a high market share in delivery of cross-border e-commerce orders, while Yamato Holdings and Sagawa Express are ahead of the game in baggage storage services for foreigners traveling in Japan.

The Japanese government aims to boost spending by visitors to 8 trillion yen in 2020, more than double the 2015 level. To cultivate sales channels, the three partners should share their respective strengths generously and reap synergies quickly.