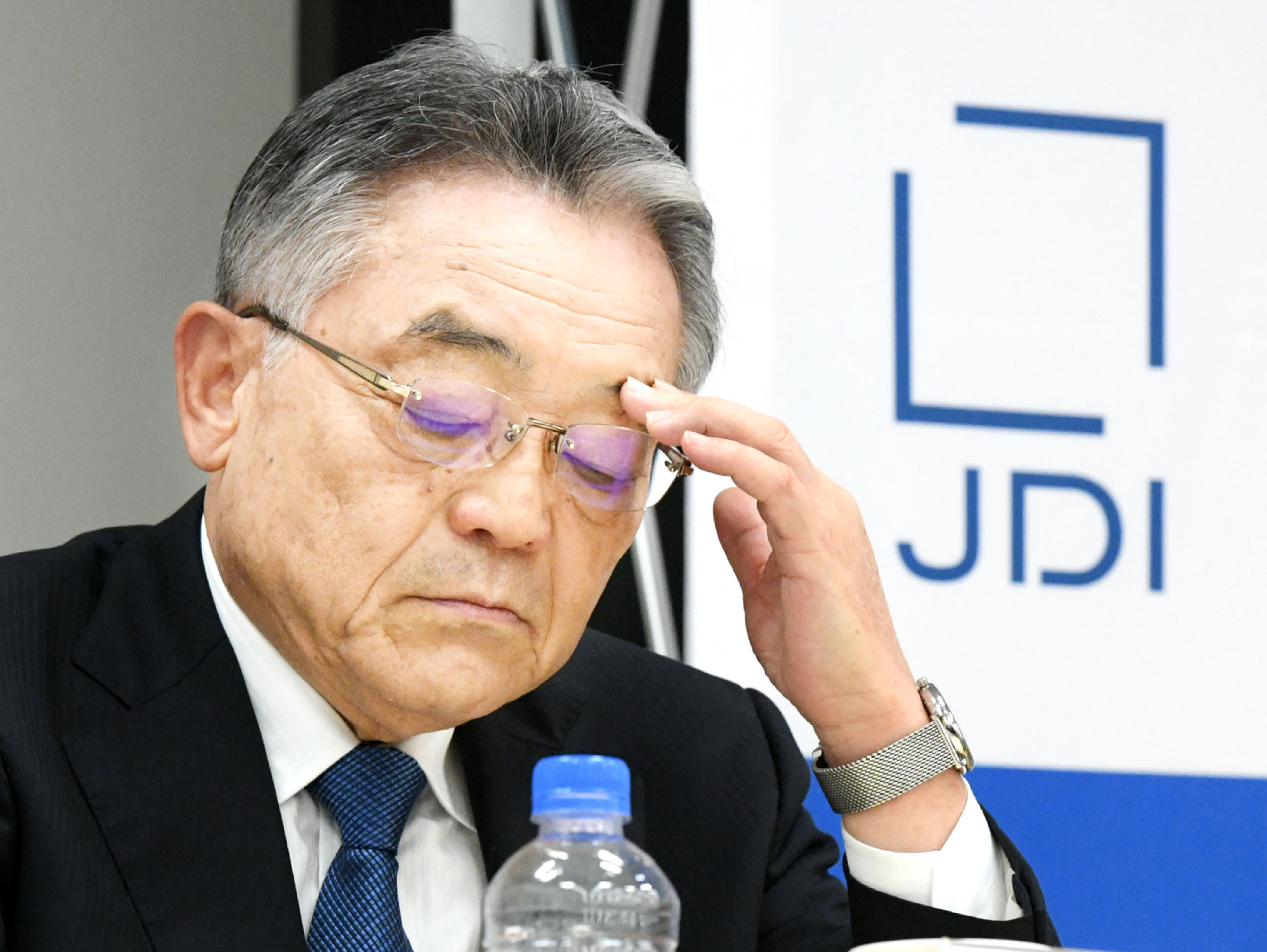 TOKYO -- Although Japan Display announced a bold turnaround plan on Wednesday, it is unclear whether it can break into the market for cutting-edge OLED panels or if it will require further financial assistance from its top shareholder, the Innovation Network Corp. of Japan.

"This is our last chance," the liquid crystal display panel maker's chairman and CEO, Nobuhiro Higashiiriki, told a news conference here. "We will completely overhaul our earnings structure by the end of this fiscal year."

The ailing manufacturer is looking to pare down inefficiencies inherited from the display operations of Hitachi, Toshiba and Sony, from which the company was created five years ago. It will lay off about 3,700 employees, or about 30% of its workforce, while streamlining its plants in and outside Japan and outsourcing more of its operations. Production at a Japanese plant in Ishikawa Prefecture that has been turning out smartphone panels will be halted in December. Those measures are expected to reduce fixed costs by 50 billion yen ($454 million).

The company will likely book 170 billion yen in extraordinary losses from the turnaround efforts in the fiscal year ending next March. Combined with sluggish sales of smartphone panels, it anticipates a net loss for the fourth straight year of about 200 billion yen. Group sales are also expected to drop 15-25% from last fiscal year's 884 billion yen.

"There are many ways to form a partnership, such as a capital injection or splitting capital investment," Higashiiriki said.

But it is unclear whether Japan Display's future will unfold as planned. The government-backed INCJ had first injected 200 billion yen into Japan Display in 2011. It then agreed with the Ministry of Economy, Trade and Industry to provide an additional 75 billion yen last December as a stopgap measure, just until Japan Display's OLED panel operations got up and running.

Japan Display was supposed to stay afloat in the meantime by increasing sales of bendable displays and other advanced products. Because the copany had the advanced technology necessary to make OLEDs, the INCJ thought the panel maker could quickly shift its focus to the growing field. Even the industry ministry provided staffers to Japan Display to help with the company's rehabilitation.

But following a decision by Apple to use OLED panels on future iPhone models, the shift from LCDs to OLEDs has accelerated dramatically in the smartphone market. Japan Display is still struggling to begin mass production of OLEDs, even as South Korea's Samsung Electronics and LG Display solidify their grip on the market.

Japan Display plans to ramp up research and development spending in hopes of staging a comeback with auto-related products. Additional investment from the INCJ "is one option," Higashiiriki also said. Still, there is no guarantee it will succeed.

The INCJ used to control about 70% of Japan Display, but has since reduced its stake to about 36%. It is working toward an exit by the end of March 2025 -- the deadline for it to unload all of its shares since it is being disbanded.

The display maker is not the INCJ's only cause for concern. As of the end of March, it had agreed to invest about 980 billion yen in 114 companies, 80% of which were startups. The INCJ also led an unsuccessful bid to buy Sharp, and is now part of a three-country consortium seeking to purchase Toshiba's memory chip business.

The INCJ faces criticism that it is simply rescuing weak companies that otherwise would have failed. Given its public-private nature, "I don't think the fund will be able to take bold risks when it comes to important business decisions at companies it's invested in," said the head of a private-sector fund.