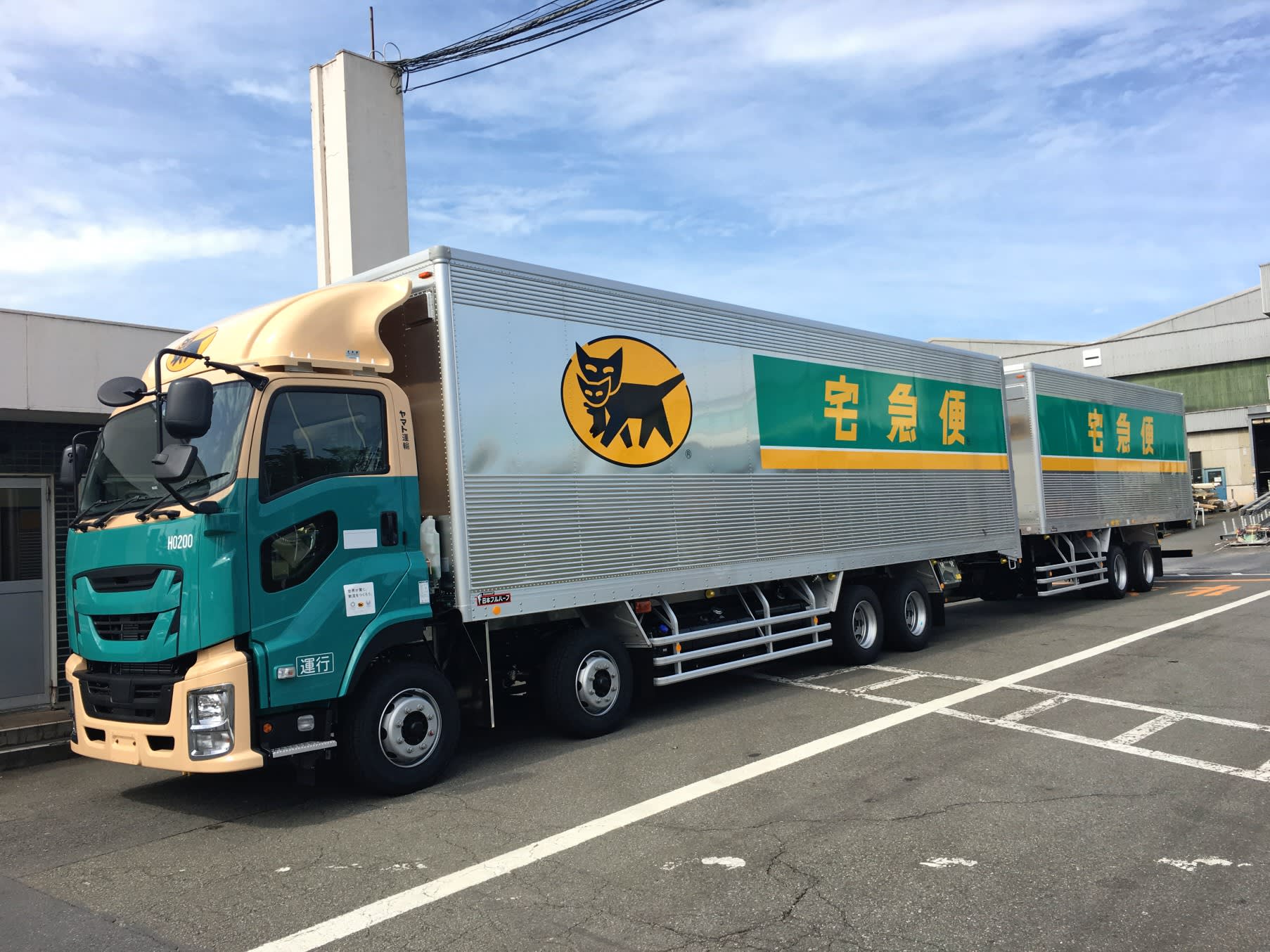 TOKYO -- Japanese businesses are responding to a chronic dearth of commercial truck drivers by making shipping more efficient, seeking to hold down rising labor expenses and avoid delays that could cost them customers.

Yamato Holdings will introduce trucks with two linked trailers, boosting capacity by 80% compared with its standard trucks, which can carry 10 tons of freight. The new vehicles will be about 21 meters long, a first for a major home-delivery company and the result of a recent regulatory change that extended the maximum permitted length.

Two of these trucks will be assigned to ferry cargo between major logistics hubs in Kanagawa and Aichi prefectures. The logistics company will also add two other trucks able to carry 40% more than its regular vehicles. More will be brought in gradually to replace older trucks as Yamato upgrades its fleet of 120 vehicles running between the greater Tokyo, Nagoya and Osaka regions. The aim is to handle an increase in freight without hiring more staff.

Japan's transportation industry is severely short-handed, with more than two openings per job seeker. Workers are graying as well -- 70% of drivers are aged at least 40, and 15% are 60 or older.

Meanwhile, the number of parcels handled by home-delivery services annually swelled to more than 3.7 billion in fiscal 2015, up nearly 20% from fiscal 2010, amid an e-commerce boom. A surge in purchases ahead of the April 2014 consumption-tax hike led to delays as carriers struggled with the heavier volume. Some major logistics companies expect another 20% rise between now and fiscal 2020 or so. Shipping to corporate customers, particularly manufacturers that demand on-time delivery of parts and materials, is also an issue.

Major ground transport companies are tackling this challenge in a variety of ways, such as hiring housewives to handle home deliveries and testing self-driving vehicles.

Corporate customers are also taking the matter into their own hands. Mitsui Chemicals and two other companies in its group, along with Idemitsu Kosan, Toray Industries and JSR, will consolidate shipments of plastic products from factories to autoparts makers, rather than deal individually with carriers. This marks the first such cooperation among rival chemical makers.

Shipments from Chiba Prefecture, near Tokyo, to customers in the northeastern Tohoku region will begin this year. This arrangement could slash the number of drivers needed per day by three-fourths. The chemical companies will consider expanding it to cover Nagoya, Kyushu and the Kansai region centering on Osaka.

Arcs, an operator of supermarkets in Hokkaido and Tohoku, will team with supermarket cooperative CGC Japan and Japan Freight Railway to ship agricultural products from across Japan to Hokkaido by rail. The truck-driver shortage has left Arcs unable to keep up with mounting demand on the northern island. Produce from Hokkaido will also be sent by train to CGC member stores nationwide.