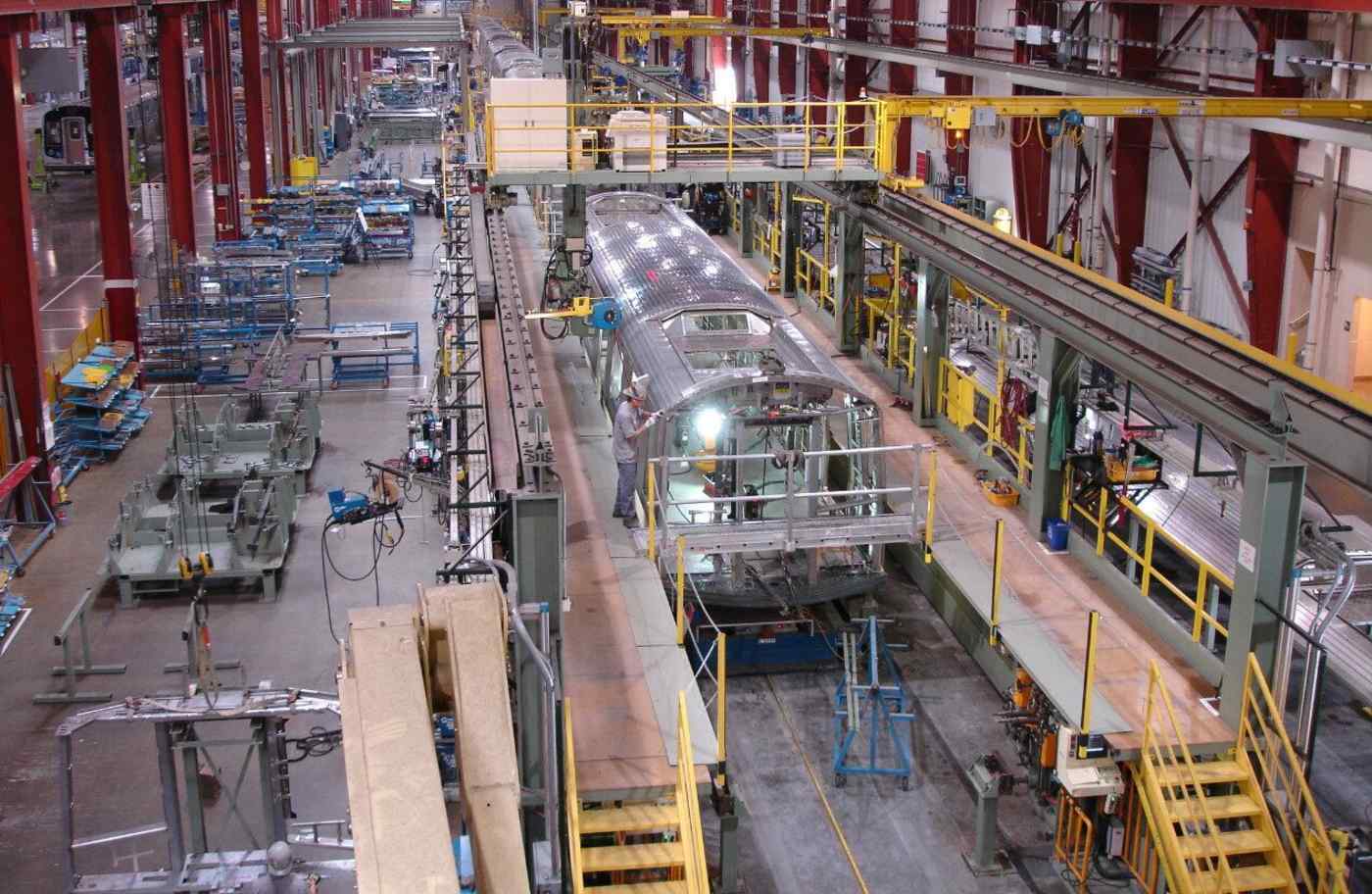 New York City is home to the largest subway network in the U.S., and Kawasaki Heavy Industries has so far supplied more than 2,000 train cars. Kawasaki Heavy is the most prevalent brand of subway carriages in the city. With high marks for its technology and services, it has also won a contract from Washington's subway operator.

To meet demand, Kawasaki Heavy has been running the production lines at full speed at its two U.S. plants. "When we clinch our next order, we will add new production lines," said Senior Vice President Yoshinori Kanehana. 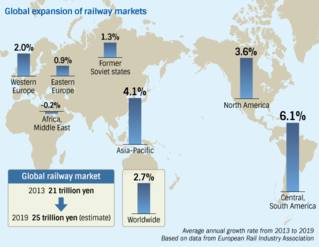 In the U.S., Kawasaki Heavy has been vying for the largest market share against archrival Bombardier of Canada. Kawasaki has established its presence by transplanting what it calls meticulous "Japanese style" services. Upon request, for example, it rushes repair workers to the scene of any breakdown so it can help to limit delays.

The company is seeking to export Japan's prized shinkansen system to the U.S. Kawasaki Heavy has received a number of orders for subway and commuter trains. Still, exporting bullet trains would be "very significant," a company official said. In California, the company has expressed its intention to take part in the bidding for the state's high-speed railway project in partnership with JR East, a railway operator in a large area that covers Tokyo, and other companies.

Meanwhile, Hitachi has been pitching its standardized train cars to overseas customers. Standardization helps to cut production costs and shorten the time it takes for delivery. Hitachi has won preferential negotiating rights in the U.K. for 234 standardized AT-200 commuter train cars.

Money is a problem when it comes to exporting railway systems. Industry observers say it can cost more than 1 trillion yen ($8.52 billion) for a foreign rail operator to import a high-speed train system. This is prohibitively expensive, and the high cost can lead to delays while financing is lined up. Therefore, Kawasaki Heavy has been striving to win contracts in places like Hong Kong and Singapore, where financing could be less problematic.

To support Japanese industry, the government has created the Japan Overseas Infrastructure Investment Corp. for Transport & Urban Development. It goes by the acronym JOIN. With about 110 billion yen, the semipublic organization will partner with businesses to invest in social infrastructure development projects in Asia, Central America and South America.

The Japanese government thus takes on some of the risks of these projects. As it does, it is trying to raise the value of overseas infrastructure orders Japan wins to 30 trillion yen by 2020.

The global railway market is projected to be worth 25 trillion yen by 2019, an expansion from about 21 trillion yen in 2013, according to the European Rail Industry Association, or Unife. Asian markets are expected to have particularly explosive growth. In India, for example, more than 50 cities have subway projects in the pipeline.

In Bangkok, Japanese companies are eagerly awaiting the long-delayed but nearly completed Purple Line. JR East, Toshiba and trading house Marubeni have jointly taken part in the commuter train project. If they can get the line off to a good start, they will be able to win contracts ranging from vehicle production to system operations to maintenance.