Japan Post cuts a mean loss, but can it grow?

Group's future no clearer a decade since embarking on privatization 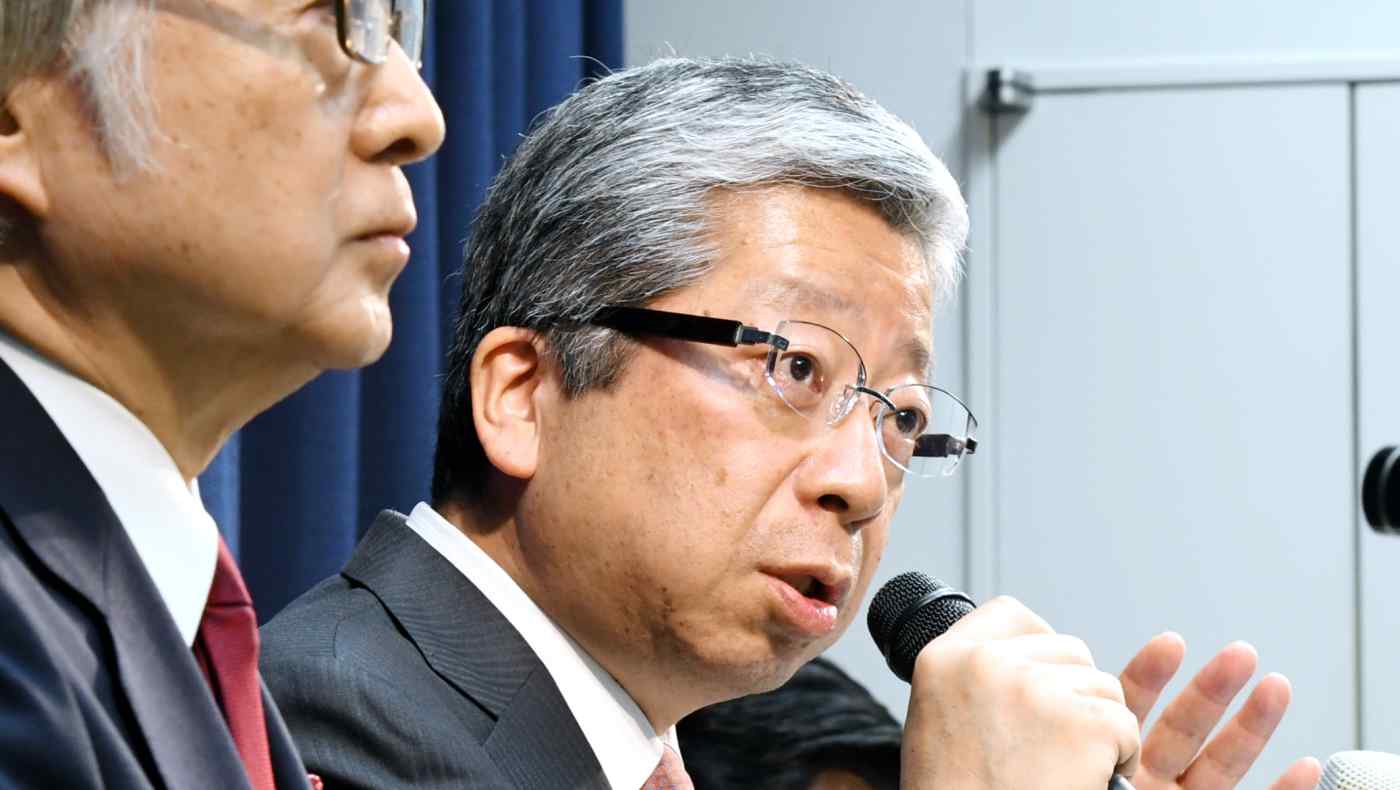 TOKYO -- Japan Post Holdings aims for a quick recovery following a decisive write-down spearheaded by two veteran bankers. But with the acquisition supposed to have lead its expansion into overseas logistics having produced the very same loss, its path to growth remains unclear.

The group has faced its first net loss in the 10 years since Japan embarked on postal privatization. It took a huge write-down for the just-ended fiscal year in connection with the 2015 acquisition of Toll Holdings, an Australian logistics group. Japan Post's unlisted mail delivery unit paid 6.49 billion Australian dollars ($5 billion at the time) for Toll, expecting it would generate operating profits of around 40 billion yen ($357 million) per year. But Australia's economy faltered as commodity prices sank, and that figure shrank to around 6 billion yen.

The reckoning on Toll's post-acquisition struggle was waiting for Kunio Yokoyama, who became president of Japan Post's mail unit a year ago.

A history of bankers

Yokoyama is a veteran of the former Sumitomo Bank, now Sumitomo Mitsui Banking Corp. He caught the eye of the bank's then-president, Yoshifumi Nishikawa, with his handling of the disposal of bad loans after the collapse of Japan's bubble economy. When Nishikawa became president of Japan Post Holdings, Yokoyama came along as an executive.

Yokoyama also shared a decade-long friendship with Nobuchika Mori, commissioner of the Financial Services Agency, who thinks highly of him. Although the FSA has no supervisory authority over postal delivery, many saw Mori's hand behind Yokoyama's appointment to the unit. The financial community widely thought that Yokoyama had been sent by Mori as something of a hatchet man.

Even at the time, outside directors had raised questions at a board meeting about the wisdom of the Toll acquisition, made under Japan Post Holdings' then-president, Taizo Nishimuro. But those concerns were stifled for fear of criticizing Nishimuro's team. People familiar with the situation informed Yokoyama last spring, warning that the company was carrying a significant handicap and he should prepare himself.

Yokoyama replaced Toll's management in January, seeking to clear away old baggage. Ironically, he got a tailwind from Toshiba, where Nishimuro had a long career. He was involved in the industrial conglomerate's ill-fated purchase of U.S. nuclear reactor builder Westinghouse Electric, whose own management problems had by then come to light. This contributed to a sense that the problems with Toll should not be allowed to become a repeat of the Westinghouse affair.

The Japanese government takes a keen interest in the management of Japan Post, given Tokyo's plans to sell off another chunk of its shareholdings in the group. Declines in the share price could threaten this revenue-raising effort for the reconstruction of areas devastated by the March 2011 earthquake and tsunami. Yokoyama met on March 7 with Prime Minister Shinzo Abe, but what they discussed is not known.

The postal group was carrying about 400 billion yen in goodwill from the Toll acquisition, an intangible asset it could either amortize over 20 years in annual payments of 21.5 billion yen, or write-down all at once, wiping out a forecast 320 billion yen group net profit for fiscal 2016. A state enterprise would have probably chosen the former, to avoid having to explain an annual loss to parliament. But instead, just as word was circulating that Japan Post might still eke out a profit, Yokoyama announced that the group would report a net loss.

Japan Post's current president, Masatsugu Nagato -- another former banker -- affirmed that the group would not "swerve this way and that." He and Yokoyama cleaned up the problem quickly, as any bold bank chief would, choosing retaining the market's confidence rather than fudging the numbers.

In need of a growth map

But the group must still plot out a new growth strategy from square one.

Japan Post is slashing around 1,700 jobs at Toll, which had expanded rapidly through mergers and acquisitions. It will also establish an expert division in its Tokyo headquarters to lead a drive for more business with Japanese companies, seeking to improve profitability by deepening logistics cooperation with industries such as automobiles and resources.

Its domestic mail carrying operations are in serious trouble. That segment is clearly doomed to a slow decline compared to the group's banking and insurance businesses, and some fear that a postage rate increase planned for June could reduce mail volumes even further. Its home delivery operations are also plagued by the same labor crisis afflicting competitors. Overseas logistics may be Japan Post's last hope for growth.

With close to 300 trillion yen in total assets, the group perhaps did not have to hesitate to take a 400 billion yen impairment loss. But the days when it could rest on its laurels are gone. A year and a half after listing, it is still wrestling with the challenge of updating its business model. The market may not have the patience to wait much longer.