Tech, talent and testing will decide who wins this race TOKYO -- What kind of technology will it take to make self-driving cars smoothly zip about the busy, unpredictable streets of Asia?

Driving on an orderly highway in an advanced country is one thing. But safely navigating the roads of emerging countries is orders of magnitude more complicated. Japan and China, in particular, are locked in an intense, intriguing race to get over the hump.

Lightning-quick image recognition will be essential, and Honda Motor has identified a Hong Kong startup that can help. At an exhibition in Tokyo on Dec. 12, SenseTime showed off what it can do. Crowds gathered around the venture's booth to get a glimpse of the red, blue and yellow spots its system displayed on a screen.

The spots represent people and vehicles on the street. SenseTime's technology can simultaneously track more than 100 subjects while gauging their age, gender and even if they are carrying a bag -- all to help predict their next move. Hong Kong startup SenseTime has AI-based image recognition technology that the auto industry is falling in love with.

Honda is in love with the concept, so much so that in November it agreed to work with SenseTime to develop artificial intelligence for autonomous driving. The automaker was also drawn to SenseTime's rich pool of talent -- 400 researchers, including 120 with Ph.D.s. Honda needs the technology and talent if it is to meet its 2025 target date of achieving "level 4" autonomous driving, which requires only limited human intervention.

"Japan does not have many AI experts, and [SenseTime's] top-class achievements are attracting attention," said Atsushi Kawamura, a senior researcher at SenseTime's Japanese unit. Added Yuji Yasui, chief researcher at Honda R&D: "We're hiring AI talent from among both new university graduates and those with jobs. But we're still short of [our] target. We hope to take advantage of SenseTime's talent and its development resources, too."

There is little time to waste: The commercialization of autonomous cars is just around the corner, and international companies of all stripes are scrambling to secure essential technologies and the talent to put them all together.

Teaming up with the right partners could decide the fate of even giants.

Searching for a route 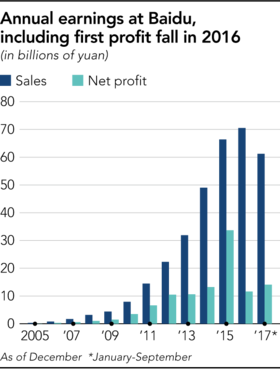 A key player on the Chinese side is Baidu, the country's top internet search company. It is pushing ahead with its own autonomous vehicle project, called Apollo.

The development program, which was recently certified as a national project by the Chinese government, will see Baidu join hands with leading Chinese automakers to start tests on various self-driving models.

At a recent event in November in Beijing, Baidu Chairman and CEO Robin Li Yanhong unveiled a road map for the sector, including testing a self-driving bus by July 2018 and developing a self-driving car by 2019.

The bus is to be a level 4 self-driving vehicle -- vehicles that can operate without driver supervision in certain conditions or specific geographic areas. The car will be level 3, that can handle routine driving.

The bus project will be in collaboration with Xiamen King Long United Automotive Industry, a Chinese commercial vehicle manufacturer. The car project is with Anhui Jianghuai Automobile Group, better known as JAC Motors, and BAIC Group.

In October, Baidu set up the "Apollo" program with the goal of creating a self-driving technology platform that other companies can build on. The platform has drawn participation from around 50 global companies, including automakers Ford Motor and Daimler, as well as Nvidia, a U.S. computer graphics company, and Intel. In all, Apollo is said to have more than 1,700 Chinese and overseas participants.

As part of the project, Baidu will create a subsidiary in Xiongan, a new city being built under the supervision of Chinese President Xi Jinping. With an already-commanding 90% share of the market for internet search in China, Baidu's core business is unlikely to grow much more. So according to a recently released earnings statement, Baidu spent 9.1 billion yuan on research and development in January to September this year, up 27% from a year earlier. In October, Baidu set up an R&D center for autonomous driving technology in Silicon Valley. It has also created 10 billion yuan fund to invest in 100 related projects.

One way or another, autonomous vehicles are coming -- a lot of them. PwC Consulting forecasts that in 2025, 7.3 million autonomous cars will be operating at levels 4 and 5. (Level 5, the highest, is defined as steering-wheel optional; the AI can completely take over.) From there, the consultancy expects the industry to mushroom and by 2030 put 81 million of these automobiles on the road.

Like Honda, other carmakers are joining hands with startups to make up for their lack of AI expertise. But, said Osamu Masuko, CEO of Mitsubishi Motors, "we will not be able to survive unless we hire our own AI and connected technology experts."

Subaru, too, faces significant challenges despite its well-regarded automatic braking system and lane-keeping assistance. Such technologies are primarily based on a set of rules that command the vehicle to act under certain scenarios. Truly autonomous driving, which involves significantly larger amounts of data, is something else entirely. How can companies find the brains they need? On Oct. 22, Toyota Motor held a seminar where image-recognition experts discussed how AI can distinguish people, objects and vehicles. The event was co-hosted by employment agency Recruit Holdings, though it was not for recruiting per se. It was simply intended to interest participants in the subject and, hopefully, get them to consider joining the automaker in the future.

Honda has been holding similar events since October.

Hiring the right people will depend on "how much a company can change its existing development team and human resources structure," advised Masanori Kawabe, president of Meitec Next, a Tokyo-based employment services company. Today's software engineers want to live in central Tokyo, not in some distant suburb where companies might have research centers. (Photo by Ken Kobayashi)

Automakers are no longer the most desired employers among science majors. Making cars used to be a dream job but Toyota, for instance, dropped to sixth place in this year's ranking of companies that students in Japan aspire to work for. It was No. 1 in 2008.

Young engineers tend to want to live in central Tokyo and work in casual, Google-style offices -- not in suburban research centers near factories. "The first thing companies can do," Kawabe said, "is to open a base in Tokyo." This year, Honda established an office in the capital, where 120 employees and outside researchers can collaborate on nonautomobile technologies. Last year, auto components maker Denso also opened a research base in Tokyo.

Ultimately, the Japan-China battle may come down to not only superior technology but also who manages to conduct the most road tests.

Japan has always been a leader in autonomous tech, especially that related to image recognition. But it has been hamstrung by strict regulations that prevented road tests. The opposite is true in China, where the government encourages tests on the road.

Now, Japan is eager to catch up with more real-world trials. In June the Japanese police authorities issued a new guideline regarding driverless car tests on public roads. Last week, a team put a remote-controlled driverless vehicle through its paces on a regular road in Aichi Prefecture -- Toyota's home turf.

With onboard cameras and radar looking out for vehicles and pedestrians, the driverless minivan traveled along a 700-meter stretch its AI had previously memorized.

It was a baby step, but a step nonetheless.