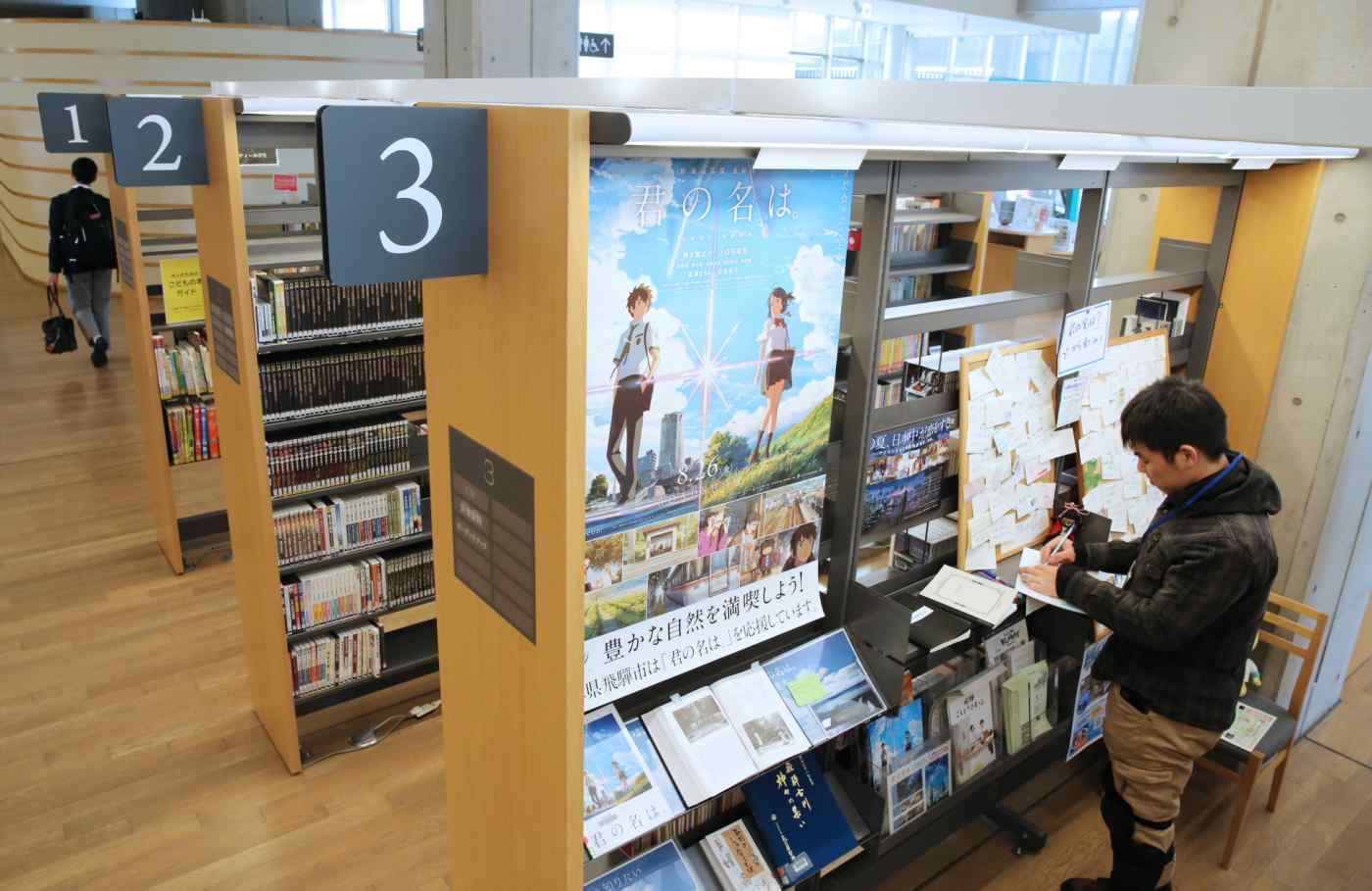 A municipal library in the city of Hida, Gifu Prefecture, is said to have served as the model for a fictional library in the animated hit film "Kimi no Na wa" ("Your Name").
TAKASHI KOYAMA and HIONA SHIRAIWA, Nikkei staff writersNovember 21, 2016 19:00 JST | Japan
CopyCopied

GIFU/NAGANO, Japan -- Fans of the Japanese animated blockbuster "Kimi no Na wa" ("Your Name") are flocking to locations thought to have been used in the film, creating a sudden tourism boom for those locales. Local governments want to build on the momentum by shouting about the movie from the rooftops, but they being forced to stay silent. The reason? Copyrights.

The cities of Hida, Gifu Prefecture, and Suwa, Nagano Prefecture, appear to have served as models for the film's fictional locations, but the movie's distributor, Toho, has not acknowledged the connection. That means the local governments cannot play up the connection, such as by using the title of the movie in tourism campaigns.