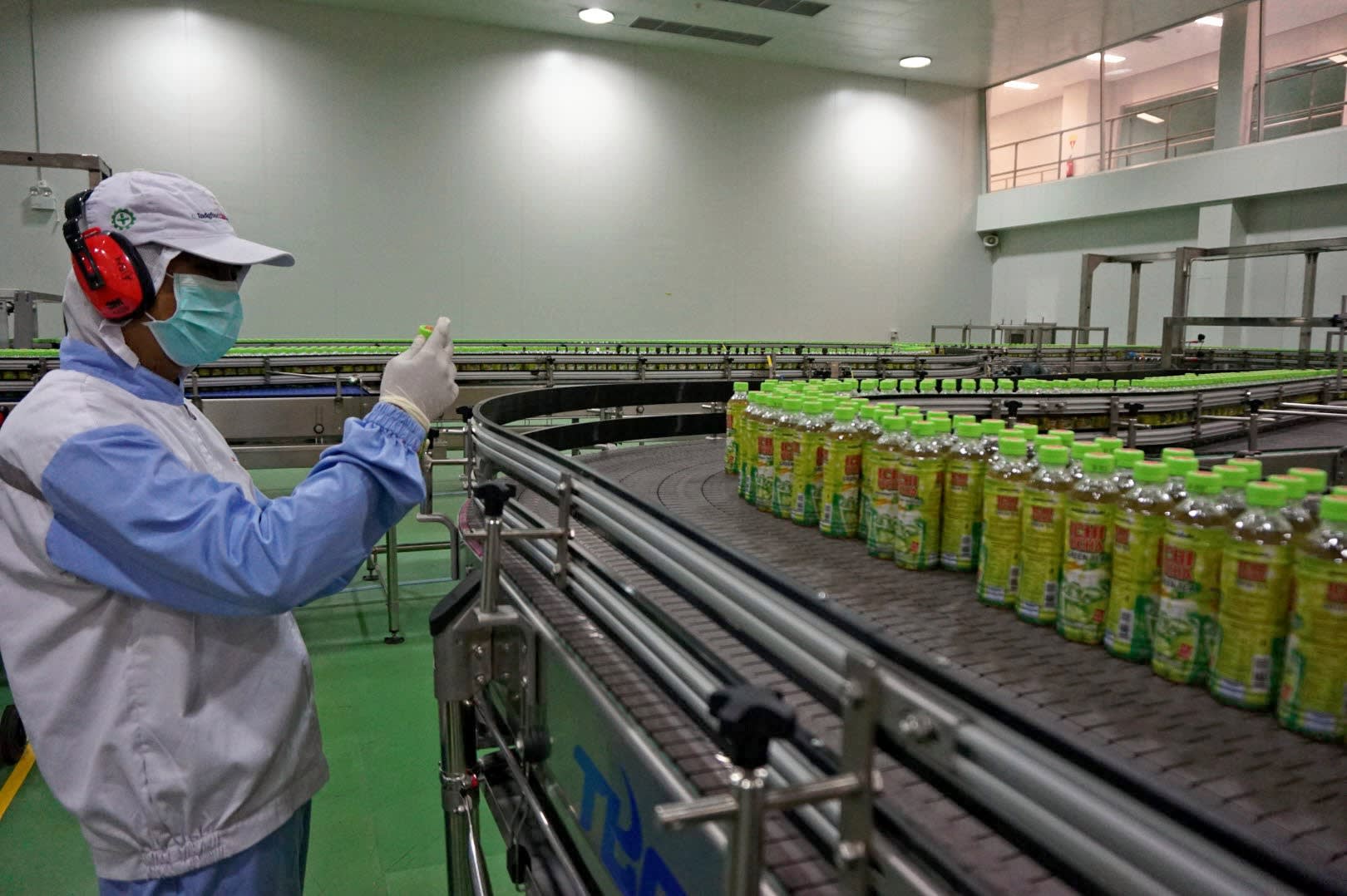 Sweetened tea is a big seller in the country. Most local meals are spicy, and bottled tea can take the edge of the taste. Soft drink shelves in a downtown supermarket in Jakarta are lined with a variety of bottled tea drinks. The space for teas is twice as big as that for coffee beverages. Sinar Sosro was founded by the Sosrodjojo family in Slawi, Central Java, in the 1940s.The area is well known for its tea. In the early days, the family sold dried tea leaves locally. In a bid to expand into other cities, the company launched Indonesia's first glass-bottled, ready-to-drink tea in 1970.

Sosro's unique and convenient product took off across the country.

According to the U.K. research company Euromonitor International, the soft drink market, including bottled water, in Indonesia last year grew 15% from 2013 to 85 trillion rupiah. Tea drinks occupy 30% of the market and are the second best seller after bottled water.

In Indonesia, a major global tea leaf producer, it is a long-established tradition to drink sweetened tea. Currently, 80% of Indonesia's tea drink market is occupied by local makers such as Sinar Sosro and Mayora Indah, which sells tea under the Teh Pucuk Harum brand.

Japanese beverage makers have been keen to tap into the lucrative market. Suntory Beverage & Food in 2011 was one of the first Japanese companies to enter the market. Asahi Group Holdings followed in 2012, Ito En in 2013 and Sapporo Holdings in last month.

Japan's trading house Mitsubishi Corp. also plans to start supplying tea beverages to the Indonesian market by the end of the year. It will do so through a joint venture with Thailand's leading beverage maker, Ichitan.

Asahi Group Holdings, meanwhile, announced Wednesday that it began producing nonalcoholic beverages at its 6.4 billion yen ($52.7 million) factory south of Jakarta in January. The state-of-the-art factory, which is operated by its joint venture with Indonesia's Indofood Sukses Makmur, is slated to operate at full capacity by the end of the year.

The production capacity of the factory is expected to rise to 30 million cases in the next three years. Asahi had until now sourced drinks under its brand from local businesses. 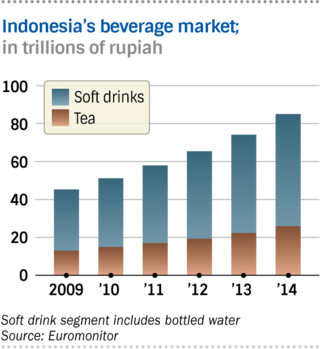 "In 15 years ... there will be an additional 100% increase in middle class purchasing power," Anthoni Salim, president and CEO of Indofood, told media Wednesday. "They need something to buy, and products from Japan are well accepted."

Japanese beverage makers, which have an edge in technology and product development, want to take market share from local producers.

Asahi, for example, has introduced an aseptic bottling system to reduce sterilization and other manufacturing processes. The company further reduced costs by enabling the production lines to fill thinner plastic bottles with tea. The company has also released a new type of beverage --green tea with honey -- to appeal to consumers who want something healthy and sweet. Consumers are becoming increasingly health-conscious as income levels rise.

Beverage makers from other countries are also pushing into Indonesia.

Coca-Cola Amatil Indonesia, a subsidiary of Sydney-based leading soft drink producer Coca-Cola Amatil, is one such company. It announced at the end of last month that it plans to invest up to $500 million in its Indonesian subsidiary over the next three to four years. The main target of additional investment is carbonated drinks, its core product, and tea beverages that have been sold under the Frestea brand since 2002.

However, business in Indonesia is not as lucrative as it once was. In addition to the increased costs of importing raw materials because of the depreciation of the rupiah, labor and utility expenses are also growing. Although the tea beverage market is growing, competition is tough, and many drinks are sold at discounted prices in supermarkets.