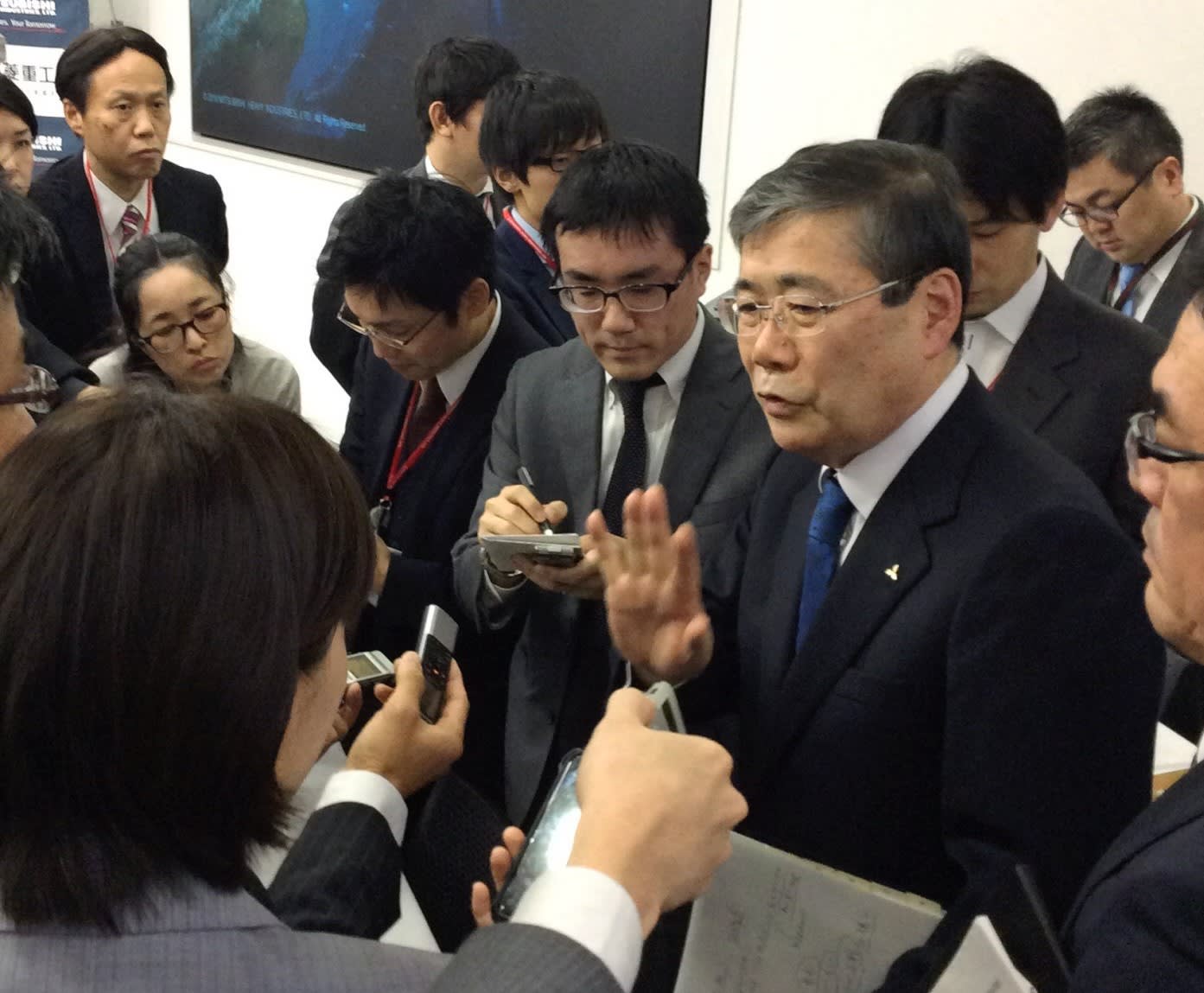 TOKYO -- As most of Japan's nuclear reactors remain offline and China looms as a challenger in the global arena, a plan by three key players in the nation's slumping nuclear industry to integrate their fuel businesses is being overshadowed by obstacles including a power struggle and technological differences.

Even as they face a shrinking domestic market amid slow restarts of nuclear plants shut down following the 2011 Fukushima disaster, Hitachi, Mitsubishi Heavy Industries and Toshiba are far apart on the integration plan, let alone acting on the recent suggestion that they consolidate their entire reactor businesses.

In a news conference on Oct. 27, Hitachi President and CEO Toshiaki Higashihara said, "Eventually there will be a time when you have to think about the entire picture, not just the fuel business."

But the comment appeared to have unnerved a Mitsubishi Heavy official. "Things can't go as easily as that," the official said.

Prospects for getting more operating remain unclear, especially after a court issued an injunction blocking the restart of reactors at the Takahama nuclear plant in Fukui Prefecture.

Under the circumstances, the idea of building a new reactor in Japan is seen as nearly impossible, as distant as a "dream that was dreamed in a dream," said a Mitsubishi Heavy official.

While the companies managed to start talks on integrating their fuel businesses, differences in designs present an even higher hurdle for integrating reactor businesses.

Mitsubishi Heavy has focused on pressurized water reactors, which account for 70% of the world's operating nuclear reactors. However, boiling water reactors are the mainstay of Hitachi's and Toshiba's nuclear technology. 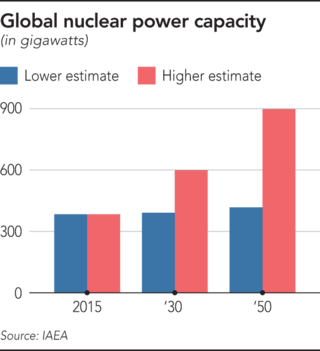 Boiling water reactors are often shunned because they circulate radiation-contaminated water vapor to drive generator turbines. In pressurized water reactors, by contrast, turbine-driving water vapor is isolated from water circulation that is directly heated by the reactor.

Overseas, demand for nuclear power remains strong. The International Atomic Energy Agency estimates there will be new nuclear capacity that is equivalent to at least 150 reactors in the next 15 years.

"If you look elsewhere in the world, there are countless countries willing to take on nuclear power," said Tomoko Murakami, senior economist at the Institute of Energy Economics, Japan.

But a power struggle presents an obstacle for the Japanese companies in forming a united front targeting customers overseas. A Mitsubishi Heavy official summarized the company's general sentiment when he said, "I don't see a point in letting Hitachi take the lead in the integration when it uses boiling water reactors."

But operating alone, the prospects for Mitsubishi Heavy's pressurized water reactors may not be rosy either. For example, the Sinop nuclear power plant project in northern Turkey, in which Japanese trading house Itochu is also participating, has been stuck in a feasibility study phase for a prolonged period. The massive 2 trillion yen ($19.1 billion) undertaking is being hampered in part by political uncertainties in a country where the risk of terrorism is high.

Development of the Atmea, a cutting-edge reactor that the company sees as the flagship for its overseas expansion, has faced a slowdown due to partner Areva's financial difficulties. Aside from the Sinop project, the reactor has not won deals as briskly as Mitsubishi Heavy had hoped.

The three companies at least agree that nuclear power will remain in demand.

"Nuclear power is absolutely necessary if you consider energy security and from the viewpoint of preventing global warming," Mitsubishi Heavy President and CEO Shunichi Miyanaga said.

But the integration of their businesses remains a pipe dream.

Meanwhile, China is increasingly making its presence felt in the global nuclear industry. It made waves by winning a major reactor deal from Britain. China National Nuclear Corp. also approached struggling Areva and won a deal in which the major Chinese nuclear company may take a stake in the French company.

This has Mitsubishi Heavy, which is in a tie-up with Areva, worried about technology leaks to CNNC.